I was in a local supermarket this morning, carefully picking my way between the cold meat section, the bread roll table and the coughing shoppers (wait, what?), when I heard a familiar voice over the shop’s rather tinny music system.

Why yes, it was Morten Harket.

And he’d brought along his two friends as well.

But while you might imagine that a South African supermarket playing a-ha would obviously opt for one of the Big Two (Take On Me or The Sun Always Shines On TV), this particular establishment went for the somewhat lesser-known Analogue (All I Want).

I’m sorry, you don’t recall that song from the Norwegians’ back catalogue?
But how, given that I shared it on this very blog back in August 2012?
Have you not been reading carefully?

Actually, I’m surprised that you don’t remember it from its original release back in 2006. After all, it reached the heady heights of Number 10 in the UK Hit Parade, Number 33 in Germany and a superb Number 91 in Romania.

I wonder how many records you have to sell to get to Number 91 in Romania?
A hundred?
Fourteen?
Six?

I was never actually a huge fan of the Analogue album, if I’m honest. But hearing the title track faintly in the background while paying for my groceries did brighten my Monday morning up just a little bit.

It’s all rather exciting. From small beginnings (a near derelict building with a disused art gallery inside), via demolition (during which they found this) and several months of construction has risen this:

PGOM already houses a PicknPay Local (Mon-Sat 7-9, Sun 8-8 according to the leaflet that dropped through our door), a Knead, a Sorbet (nails dun rite) and a Bootleggers Coffee store. The three floors of office space are nearly ready for occupation and I’m reliably informed that the views are to die for.

This is just down the road from us and I’m looking forward to spending some weekend mornings with the kids, the newspaper (not really) and some coffee. The only thing that is missing is a bottle store, but hopefully that – and more – will come as this new building helps to regenerate this bit of Main Road. 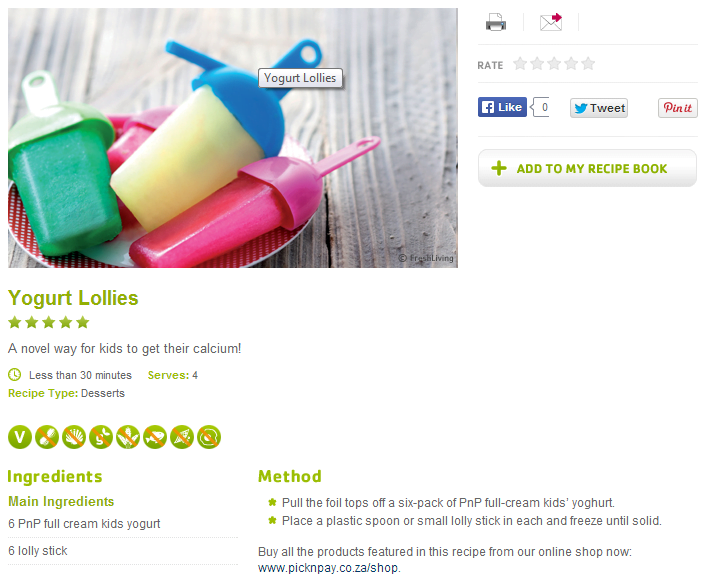 I was just wandering around Pick n Pay in the Waterfront this morning, looking for rice snacks for the kids’ lunchboxes as it happens, when suddenly my gaze was caught by a flash of familiar orange. 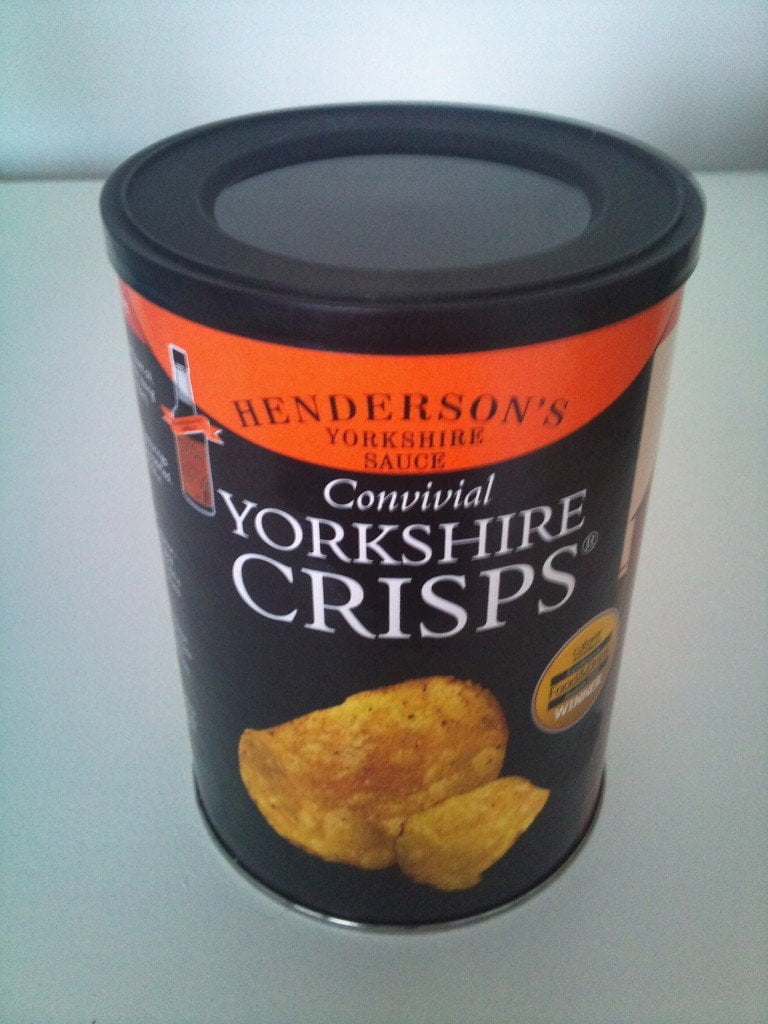 Yes. Convivial Yorkshire Crisps with a guest appearance by my favourite condiment. There’s even a photo on the back of the tub of that factory next door to the hospital where I was born: 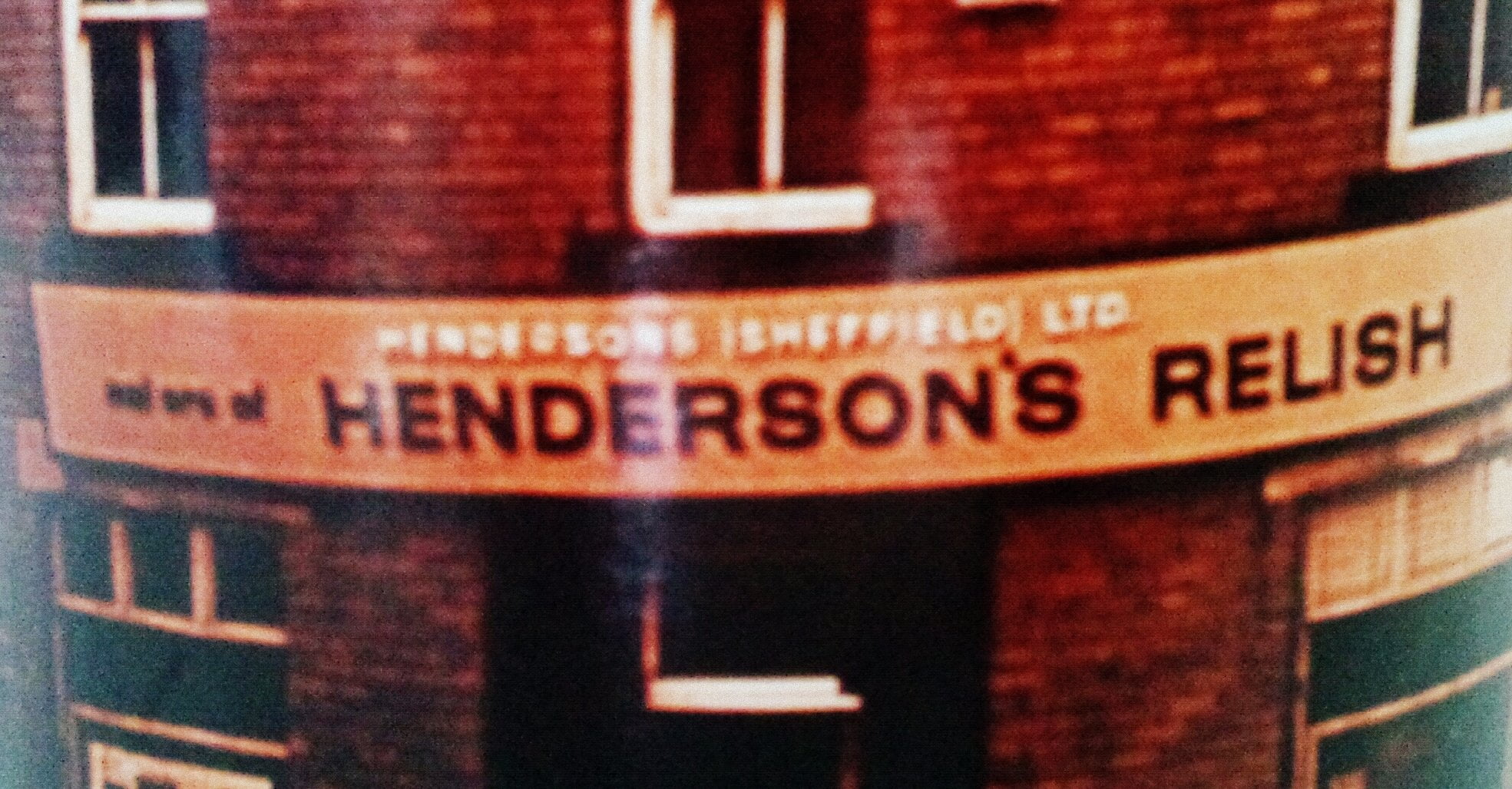 The hospital which has since been demolished. Yes, I know.

And within that beautifully decorated tub? Heaven in fried potato form.

So who am I to ignore the request to be convivial?
I shall eat, drink and be merry. And then I’ll go and buy some more and do it all over again.