Because of today’s plans, I’m preloading a photo of some ostriches for today’s post: 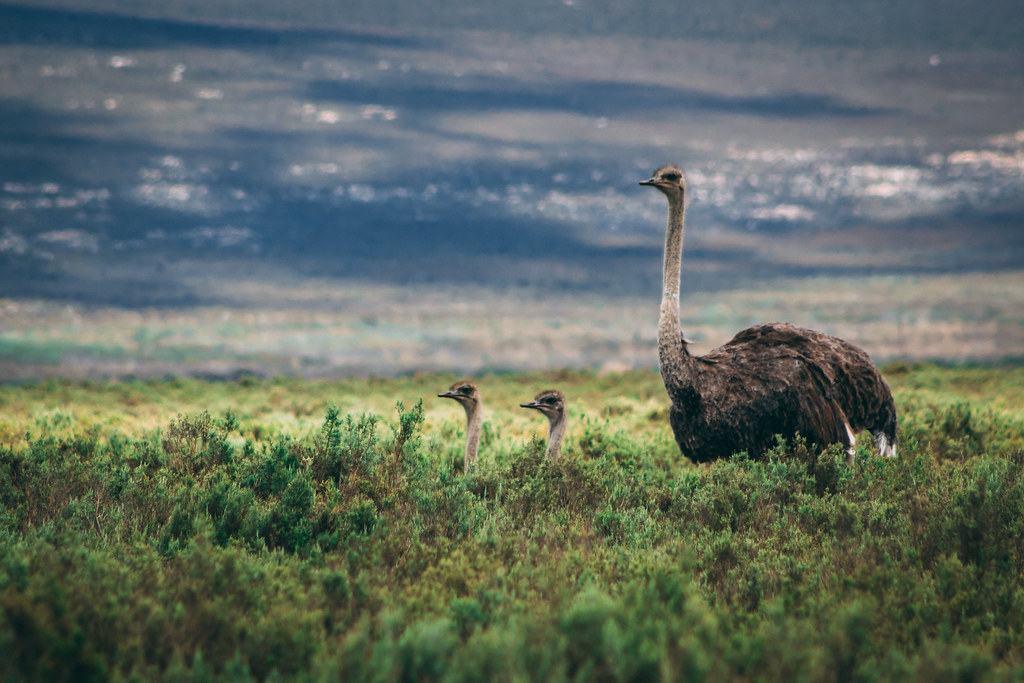 (B)eagle-eyed views may noticed that the junior ostrich in this image (the smaller one on the left of shot) has two heads. Upon investigation, it seems that this is generally considered very rare and so I am confident that one day, this photo will earn me a lot of money.

We have another outbreak of bird flu in the Western Cape. Officially, of course, it’s called Highly Pathogenic Avian Influenza (HPAI), but no-one knows what HPAI is, so let’s still with the vernacular, shall we? This latest outbreak, currently confined to two farms in the Heidelberg area, is type H5N8. Again, this means very little to the man (or womxn) on the street, but it is important to us scientists.

There have been 13 outbreaks of bird flu up north since June this year:

But this is the Western Cape, and we like to do things a little differently. Thus, our outbreak is centred around two ostrich farms. Given that one of the primary symptoms of bird flu is a sore throat, contracting the disease if you’re an ostrich can’t be very nice – like an elephant getting earache or a narwhal suffering with horn rot.
That said, given that one of the other symptoms of bird flu is death, contracting the disease can’t be very nice full stop.

Fortunately, this outbreak seems to have been caught promptly during routine testing (which is what routine testing is all about, of course). The good news about this is that hopefully it won’t have the opportunity to spread. The bad news is that it’s still likely that all 1000 ostriches involved will have to be culled.

You might expect some sort of pithy comment to finish this informative post off, but the whole situation is actually potentially rather serious, so I think we’ll leave that for another time.

It’s been a wild day down in Cape Town. Torrential downpours, hail and thunder, interspersed with brief spells of glorious sunshine. It made for a good day to get out and see the huge swells generated by the storm front that made landfall yesterday evening.

Because of last night’s rain, Chapman’s Peak Drive was closed, so it was impossible to do both town and the deep south, thus I chose to drive the kids down around the peninsular, taking in the baboons in Kommetjie, the waves at Slangkop and Misty Cliffs, the “fresh breeze” at Scarborough and the bonking ostriches near Cape Point. Looks, the waves were great, the scenery fantastic, but I could have done without the ostrich display, if I’m honest.

The photos of the afternoon are here. And yes, some hot ornithological action is included, purely for educational purposes.