So, it turns out that my photographs of the endangered African Black Oystercatchers that I took on the day of the walk didn’t win any awards in the photography competition organised by the Elim wine farm of the same name.

Sad. But that doesn’t mean that they won’t make decent quota photos for this blog post. 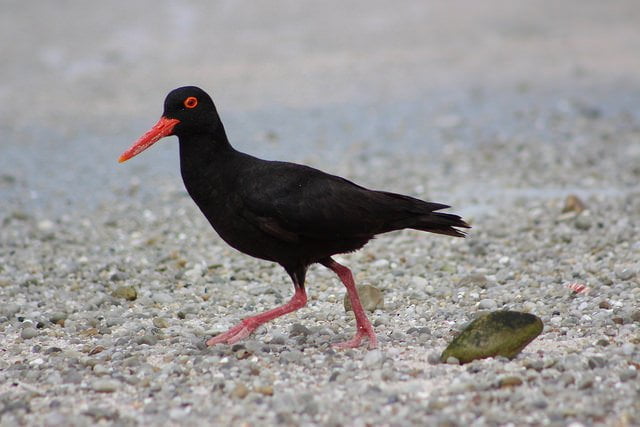 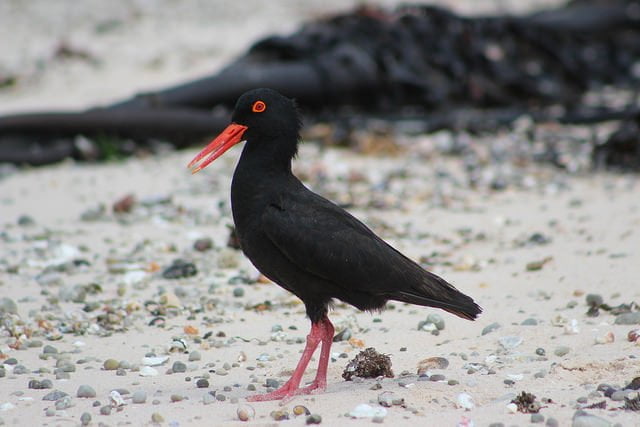 Awesome birds. You can see them in their full glory here and here. And then you can click the left and right arrows to see more Oystercatcher pictures.
You know you want to.

Meanwhile, the competition continues apace on Facebook, where it’s sadly become more of a popularity contest than a judgement based on photographic talent. You can see all of the top 5 there, but something has gone very wrong if this one (it’s number 4) doesn’t win.

More from me tomorrow, as I mentally prepare to head through the lentil curtain to the Other Side Of The Mountain, where be dragons (allegedly), and scary people (definitely).

Cape Town in autumn is a wonderful place to be. Sometimes, anyway. This morning was one of those times as Long Beach in Noordhoek revealed itself from the early mist during our pre-breakfast exercise. The spring tides of two weeks ago have left a huge flooded area at the top of the beach, and the lack of any significant wind made for some lovely views. 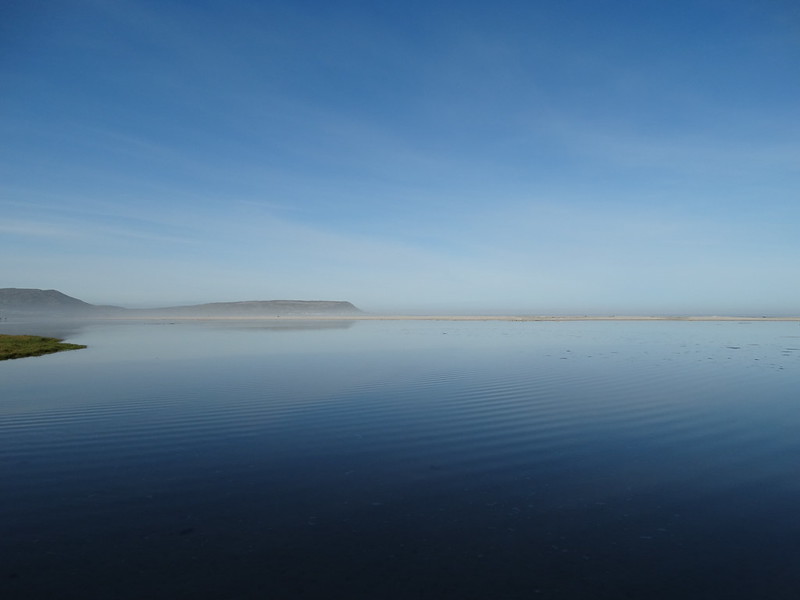 There were a few proper photographers with sturdy-looking tripods and big bags full of equipment doing their thing there, so it must have been “a good day” for taking photographs.
Of the 6 shots I have uploaded to Flickr from this morning (they’re in this album), this one is my favourite. Perhaps because many of the others appear a little washed out, or lend themselves to being monochromed, because of the low sun, the neutral beach and the grey mist. This one is surprisingly colourful – aided nicely by that splash of green on the left hand side.

I’d like to suggest that it was a deliberate inclusion, but I suspect that you would see through my tissue of lies rather quickly.

Apparently, this is the third Tuesday ephemera post I’ve done, as you may have noticed from the URL above. Evidently, after the chaos and panic of Mondays (they always seem to surprise people, don’t they?), Tuesdays and Fridays are the days when I unbundle all of the links I’ve collected and collated in my Pocket. Today is no different, as thus, without further ado… Stuff, but with more additional comments than usual: 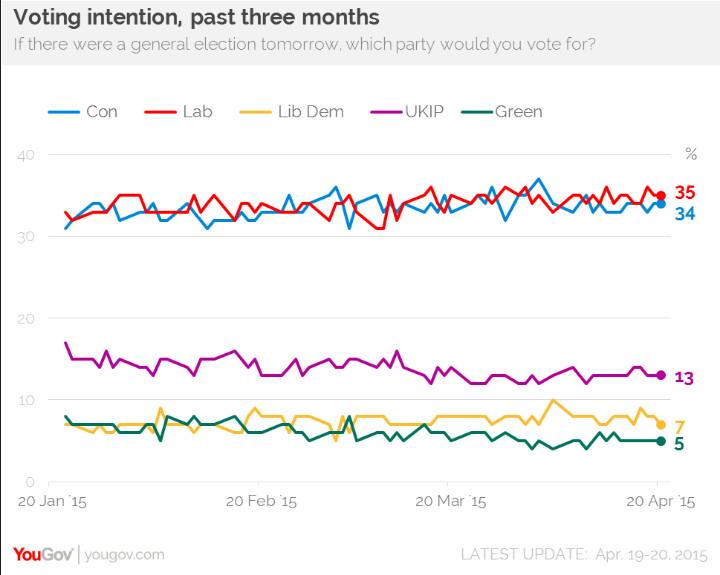 At least, it shows the folly of competitive campaigning. I’m sure that if one party didn’t campaign while the others did, that would make a difference, but given that no-one’s percentages have really done anything very much since mid-January, think of the money, effort and tedium that could have been saved by everyone just not doing anything to woo voters.
Also, it shows the danger of having (really) crap policies – support for UKIP and the Greens having actually dropped as they revealed their plans should they score an unlikely victory.

The skull is hundreds, perhaps even thousands of years old – the remains of a young adult probably part of a hunter-gatherer community.

Yes. The real surprise was that it wasn’t a more recent murder victim.

This Xilent remix of Ellie Goulding’s Figure 8 is very pretty:

A nice piece on the memories recalled when your childhood home is sold. My parents still live in the same house that I grew up in, so I’ve never really experienced this. Also, it isn’t a massive seven bedroom Yorkshire farmhouse and we didn’t have our wedding reception there, so this is a bit foreign to me as well:

Thirty people slept in the house, with 20 more in tents in the field. Many never made it to a bed, and Mum and Dad reckon that’s the highest number of overnight visitors they have ever had.

How could there actually be any doubt? Were there other occasions when there were “ooh, maybe 49 or 51 – I can’t quite recall”? Or did they previously also own a hotel with 26 double rooms, which may once have been very nearly at full capacity?
But look, this rather bizarre statement shouldn’t detract from what is an otherwise lovely, heartfelt piece.

Finally: Sheffield now and then. Or then and now, depending on how you poke the pictures.

For me, this was interesting not just because I come from Sheffield, but also because firstly, it’s really well done and secondly, just the way that some photos showed massive differences between the old and the new, and some where there were still elements that had been preserved. Sadly, I can’t link to individual photos, but if you have the time and/or inclination the 1945 VE Day crowd outside the City Hall (about a third of the way down) is especially interesting, showing the shrapnel holes from German bombs in the columns, and the patching work still visible today.

On the downside, many of the older photos were taken in the heyday of the city’s industrial past. That’s because that was the thing that made Sheffield special then. That was what was happening, that was the interest. Essentially, that was why the photo was taken – to show that industry, not the green spaces and parks, which didn’t exist back then. The modern day equivalents of those industrial scenes are fairly depressing, in that much of that industry has gone and has been replaced by soulless office buildings or (only arguably worse), nothing at all. It doesn’t help that the present-day photographer seems to have successfully avoided getting any sunshine in any of the photos.

Still. At least it’s not Luton.

Apologies for the lack of updates recently.I haven’t really been around anywhere on the internet, having switched off my television set and gone out and found something less boring to do instead, as the old programme tagline went.
(Anyone able to name that programme, btw?) Absolutely stunningly beautiful, but no wi-fi.