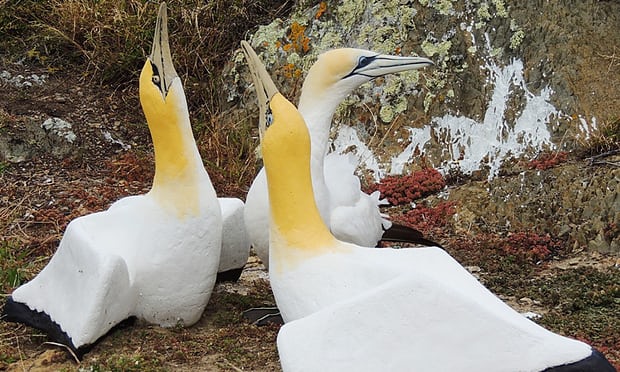 “Something tells me I wasn’t supposed to get the South African cricket teams plan/strategy for the New Zealand team batsmen and bowlers under my hotel room door… I wonder if this means Dale thinks he’s sleeping in my room tonight?..” 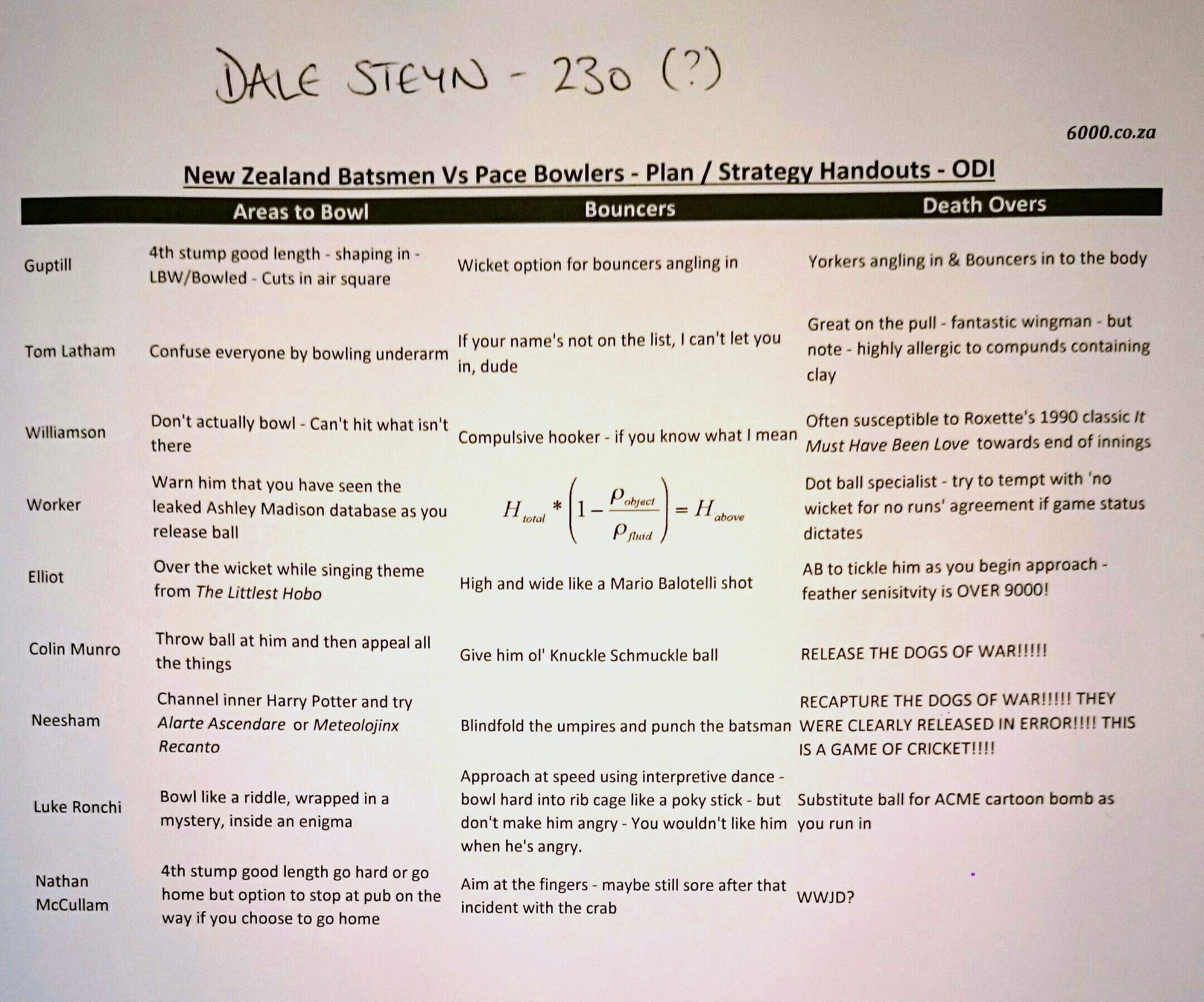 As “the powers that be” (the er… democratically elected government) in New Zealand pass the first part of a law to allow “gay marriage”, people continue writing letters to newspapers. This one is from Jasmin, age 14 (and homeschooled) in Scargill on New Zealand’s South Island and enlightens us as to the potentially horrific consequences of homosexuality spreading. 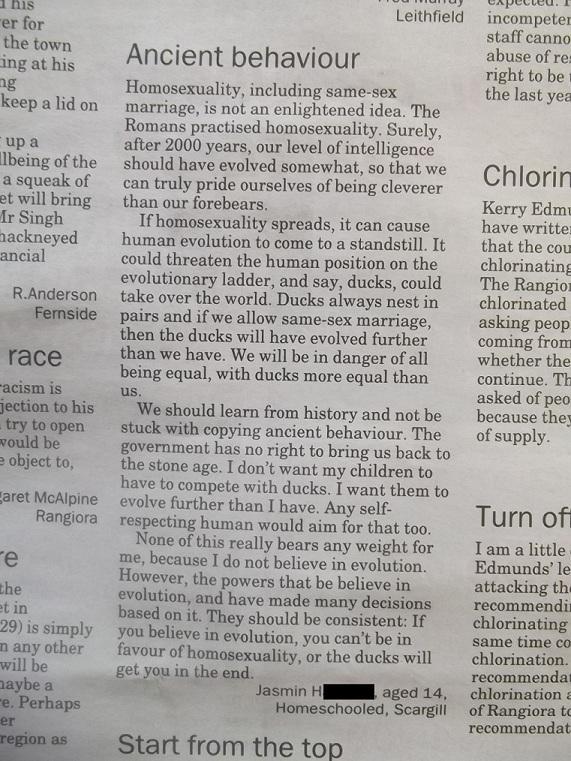 Yep – you read it right there. The ducks are coming and they’re going to take over the world. Human liver pâté and Human a l’Orange will be the dishes of the day in their cosy nested pairs.

If the Romans did indeed practise homosexuality, then 2,000 years on, we should actually all be pretty good at it by now. And by using Jasmin’s logic (this was not necessarily my best decision), that means that the ducks are probably already more equal than us. Even if they are currently disguising it very well by not taking over the world just yet, this remains a concern.

I agree with Jasmin’s sentiment that she doesn’t want her children to compete with ducks, (although I am disappointed that this indicates her intention to procreate).
I don’t want my children to compete with ducks either. Frankly, the image of them hanging around ponds and rivers, fighting with the local wildfowl over scraps of bread sends shivers down my spine. And once the ducks realise that they have the evolutionary advantage over us because they’re not gay, they surely won’t hold back with their heterosexual pecky beaks and their lack of opposable thumbs.
Carnage will ensue on the riverbank.

But then, none of this really bears any weight for me, because I do believe in evolution and I trust that eventually Jasmin’s kind will disappear from the human race pretty quickly once they realise that the only way that they can guarantee the eradication of homosexuality in the human race is actually not to breed.

UPDATE: The dark truth about ducks, via @JacquesR

Thankfully, aside from in Japan, there seems to have been very little damage from yesterday’s tsunami. However, the waves did make it across the Pacific and even though they were small – tiny even – by the time they arrived in New Zealand, the systems set out to detect them still detected them, as can be seen from this graph: 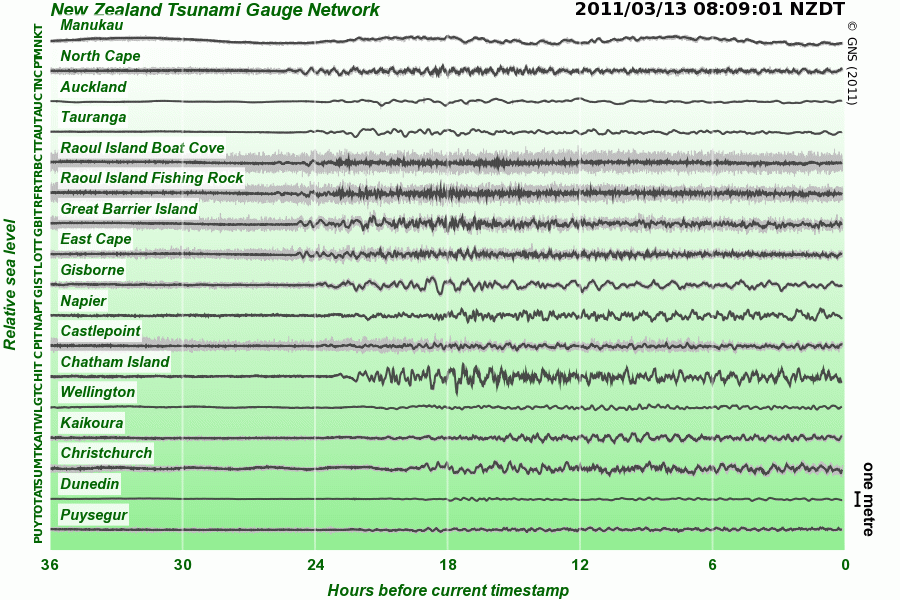 For anyone interested, the gauges listed are located here.

Noting that the waves that reached NZ were an average of about 30cm, it demonstrates the extraordinary sensitivity of their system.

With my parents still in New Zealand and on the coast in Greymouth (in the direct line for any tsunami emanating from the Honshu earthquake) I was reading around the speed of Tsunamis with some personal interest. However, I didn’t have to, since the Pacific Tsunami Warning Center [sic] has all the predicted “hit” times for the arrival of the wave or, more often, waves.

SEA LEVEL READINGS CONFIRM THAT A TSUNAMI HAS BEEN GENERATED WHICH COULD CAUSE WIDESPREAD DAMAGE. AUTHORITIES SHOULD TAKE APPROPRIATE ACTION IN RESPONSE TO THIS THREAT. THIS CENTER WILL CONTINUE TO MONITOR SEA LEVEL DATA TO DETERMINE THE EXTENT AND SEVERITY OF THE THREAT.

ESTIMATED INITIAL TSUNAMI WAVE ARRIVAL TIMES AT FORECAST POINTS WITHIN THE WARNING AND WATCH AREAS ARE GIVEN BELOW. ACTUAL ARRIVAL TIMES MAY DIFFER AND THE INITIAL WAVE MAY NOT BE THE LARGEST. A TSUNAMI IS A SERIES OF WAVES AND THE TIME BETWEEN SUCCESSIVE WAVES CAN BE FIVE MINUTES TO ONE HOUR.

Apologies for the SHOUTING, but this is obviously a rather important message.
UPDATE HERE and again HERE

And there is NZ on the list, with a predicted arrival time of 1930 GMT this evening. That’s 2130 SA time and 0830 tomorrow local time: over 12 hours after the earthquake hit. And that gives you an idea of how massive the scale of this is, because tsunami waves can top 900kph.

The wave speed is the square root of the product of the gravity constant (g) and water depth.

Tsunamis are normally produced by an earthquake or displacement of the seafloor due to plate shifts, etc. This produces a very large wave very rapidly, which then possesses significant energy.

The energy is distributed through the depth of the water initially, as it is displaced, but because of gravity and friction with the seabed, tends to decrease with increasing depth after a short while.
In deep water, the frictional affect on the wave speed is negligible near the surface. The more shallow the water (for instance as it approaches shore), the greater the affect of friction in slowing the mass of water above the seabed; most of the energy of the wave is transferred to the seabed, a small portion is lost to the atmosphere and in heating of the water.

Therefore, the more shallow the water, the slower the wave speed.

And with the Pacific generally being rather deep, the waves are travelling rather fast.

Thankfully, given the distances involved, that still gives my parents significant time to ensure their safety. Sadly, others nearer the epicentre, or without access to this information will probably not be so lucky.