I know I said I would, I just didn’t get around to it, what with picking up a shirt in town and shopping and cooking and watching a bit of the Euro 2020 football.

I was slow to get up this morning (the kids are on holiday, so we’re all good), and it felt like I’d been hit by a train when I did drag myself out of bed. I might have overdosed somewhat on anti-histamines last night. We got absolutely chowed by mosquitoes over the weekend. Numbers like I haven’t seen since Mozambique 17 years ago. They were everywhere. I was trying to get a shot of the moon and Venus in conjunction, but gave up when I splatted about 50 of the little bastards off my legs in about a minute.
“How awful”, you might think, “but you do live in Africa”.
Well, yeah, but it’s MIDWINTER in Africa next week. There should not be mosquitoes out and about in Cape Agulhas a week before the shortest day. There shouldn’t be that many mosquitoes out and about in Cape Agulhas full stop.

I’m still knocking back Allergex as if there is no tomorrow, which, you know, if I knock back enough…

Anyway, tomorrow’s weather looks a bit crappy and there’s limited football on (although I am playing a match myself), so I’ll probably choose to tuck myself in front of a warm Lightroom, choose the best images from the weekend, and make them even better.

I’ve mentioned before on here just how attractive I am

And while I am obviously completely “delighted” that I hold such appeal for them, I do feel that with the chillier temperatures locally and with the leaves beginning to fall from the trees, it is about time that they slung their metaphorical hook.

To that end, we inadvertently held an “end of season” Voetsek! party for a few (or more) of the little bastards last night, with copious food and drink (me) provided.

I have been repeatedly nibbled, I’m now very itchy and I’m really not very happy about it. It’s as good as winter – why are they still here?

This needs to stop now. At least until November.

I cannot wait for this infernal sumer to be over (although if it could hang around/return for my upcoming weekend away, that would also be nice).

Not only have we still had no significant rain, meaning that we are even deeper (no pun intended) in the throes of our water crisis, but this week’s calm, warm days and calm, warm nights have made Cape Town – specifically the bit of Cape Town that is our bedroom – a veritable paradise for mosquitoes. The whiney little shits.

I’ve mentioned before on here the lengths I go to in order to improved Mrs 6000’s life in this regard, but the last couple of nights have been off the scale as far as my sacrifices go. I am covered – covered – in bites. I itch.

Feel free to give me all your anti-mosquito tips and tricks, but please bear in mind that I have tried them all, and I am still trying them all. Tabard, Peaceful Sleep, Pyrethrums, Citronella, Prayer, A Big Fan, The AR15 Assault Rifle: all of them.

This morning, despite having employed each and every strategy I had at my disposal, and having checked and declared the room fully mosquito-free before retiring last night, I killed 9 of the engorged little bastards. All fed on me. Not a mark on my wonderful wife.

And why should tonight be any different? Meaning that by this time tomorrow I will basically just be one big histamine molecule. 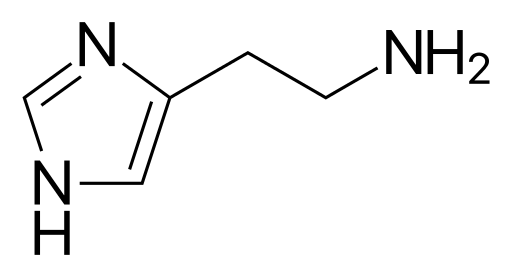 Well, there’s something to look forward to. Ugh.

The first mosquitoes of the season moved in last night. To be fair, we’ve had a good run: usually, we’ve been roundly devoured several times over by the beginning of January, so I shouldn’t really complain, despite the fact that certain members of the family are sporting several (or more) red blotches this morning. Yesterday’s hot weather, coupled with a unusual lack of wind, meant that conditions were perfect for the little bastards to buzz around us like an even more irritating Robert Marawas constantly blowing tiny vuvuzelas over our beds. If, like me, you have a musical ear and decent pitch, once you have heard one in the room, you can constantly hear one in the room, even if the offending insect has gone elsewhere to bite someone else.

No-one is quite sure how mosquitoes managed to get through the ancient trial of Noah’s Ark. Why would he allow something so pointless, annoying and destructive (malaria, anyone?) on board his Ark? Some opine that he was struggling with mental issues brought about by stress at the time: hearing booming voices in his head, building a huge boat, worrying about the inclement weather forecast, wondering where he was going to put all the dinosaurs (something he never managed to find work out, obviously). It seems likely that he just made a bad call when he signed off on the mozzies, a bad call that inadvertently resulting in the deaths of millions of people, primarily infants across Africa. Oops.
Perhaps we shouldn’t blame Noah though: maybe his hands were tied with overly politically-correct rules and regulations. Maybe there wasn’t time for a full hearing of the local Equal Opportunities Committee to be convened before the flood, thus meaning that the mosquitoes’ objection to their omission on the passenger inventory couldn’t be heard and they were therefore entitled to board. To be honest, they could have just sneaked on anyway. Unlike the Brontosauruses (RIP).

Fast forward a few thousand years, and mosquitoes have evolved (“no they haven’t” – Creationists) to become one of the most bothersome species on Earth, a title willingly contested by the likes of the Herpes virus, Maltese poodles and Steve Hofmeyr. Fortunately, while the Cape Town wind sadly has little effect on those other three, it does at least seem to deter the mosquitoes from successfully getting into our bedrooms. It’s windy today and my sleep-deprived body is glad of that.

Tonight, the mosquitoes will be going sideways past the window, rather than wandering in and eating bits of me. Tonight, I shall sleep – no thanks to Noah.

LOL. See what I did there?

No, of course not, not yet anyway.

The widely-used insect repellent Deet appears to be losing its effectiveness against mosquitoes, scientists say.

Researchers from the London School of Hygiene and Tropical Medicine say mosquitoes are first deterred by the substance, but then later ignore it.

This explains a lot. Despite my best efforts, I am still regularly attacked in my bedroom late at night (please note that no links to current bail hearings are implied here). And while I’ve tried many different repellents, I’ve never been able to get hold of any N,N-diethyl-meta-toluamide. Just as well, it turns out, since, like antibiotics,  it doesn’t work anymore.

But how did it even work in the first place?

For many years, it was not clear exactly how the chemical worked, but recent research suggests that insects simply do not like the smell.

So whoever came up with Deet obviously never had to change a nappy then. Because you have to become resistant and immune to that nasty smell as well. You can overcome it. As can mosquitoes with Deet, it seems.

So we need something else. Some way of “Deet”erring these vicious bloodsuckers. And there’s definitely money to be made here.

I’m still working on my Castle Milk Stout ingestion method. As yet, there appears to be no discernible effect on the insects, but the research has been fun and probably deserves a whole lot more investigation.