We found ourselves with a few thousand safety matches in a plastic bag. It’s probably best that you don’t ask how this came to be. Anyway, aside from gooi’ing the whole lot onto the braai to see what would happen, there were a few other ideas. One of these was to take 1/4000 second exposure photos of the matches igniting as dusk fell.
I guess I was inspired by last week’s Slo-Mo guys video. 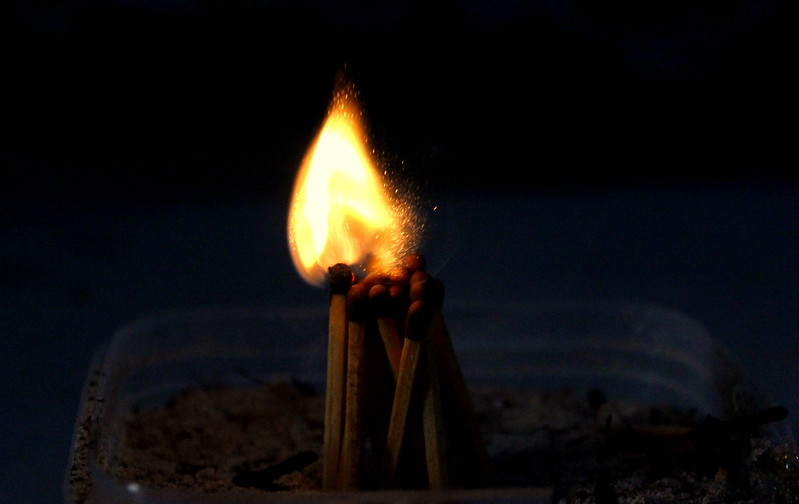 The first experiment went well enough that I was encouraged by my 10-year old son (and official lightee of the matches) to try a larger, second attempt. Somewhat buoyed by the success of initial effort together with a certain amount of Castle Milk Stout, I agreed to give it another go. The second attempt was rather less successful, mainly because the flames decided to turn on the photographer (me) – as the three photos below testify:

The good news is that the doctors say my eyebrows should grow back fairly quickly.

Other photos from the weekend (including a bit more night photography) are here.