A brighter day on this little bit of planet Earth today. Sure, we’re mopping up a bit after close on 100mm of rain yesterday, but the sun is shining, the birds are singing, and the pool guys are back. It’s looking really smart. I’m very hopeful of a finish today.

I took some time out to watch a Starlink mission launch this morning. Just for the record, I’m not saying that Starlink is a Good Thing – the pollution of our night skies is worrying to me. But equally, the principle and the technology amaze me. I can’t impress upon the kids enough the incredible privilege and opportunities that they have these days, to be able to just click a button and watch history unfolding in front of them. And I love the watch the satellites going over whenever I can: it makes something so fantastical, actually real. Yes, I completely recognise that this doesn’t tie up with the pollution worry above.

And then there’s the Perseverance mission to Mars, which is sending back some unbelievable images:

236,000,000 kilometres away. 13 minutes for the data to get back to us here on Earth. And yet it could even be the view from my bedroom window. Absolutely amazing. 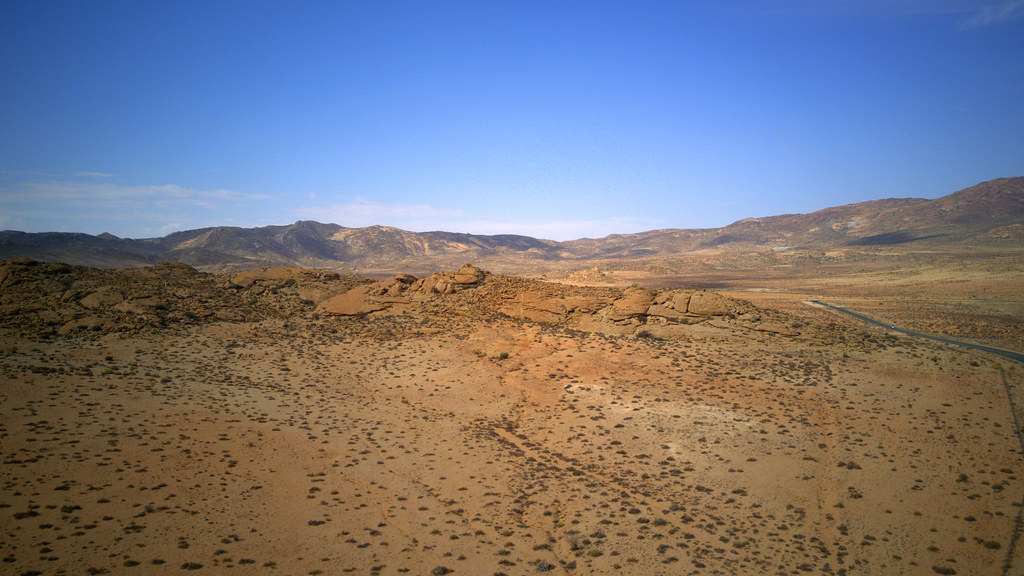 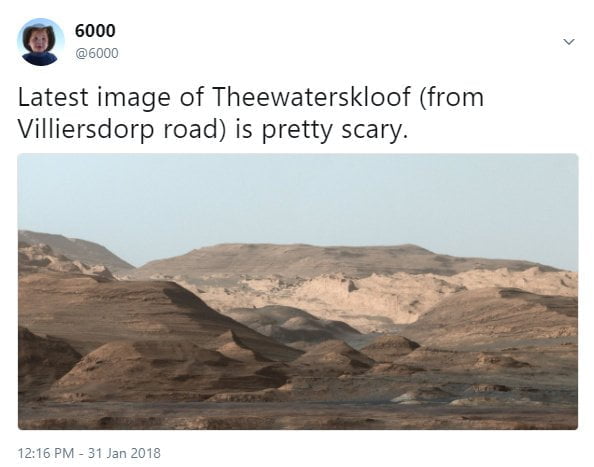 Vital space exploration news greeted me this morning in the shape of this headline from The Times: 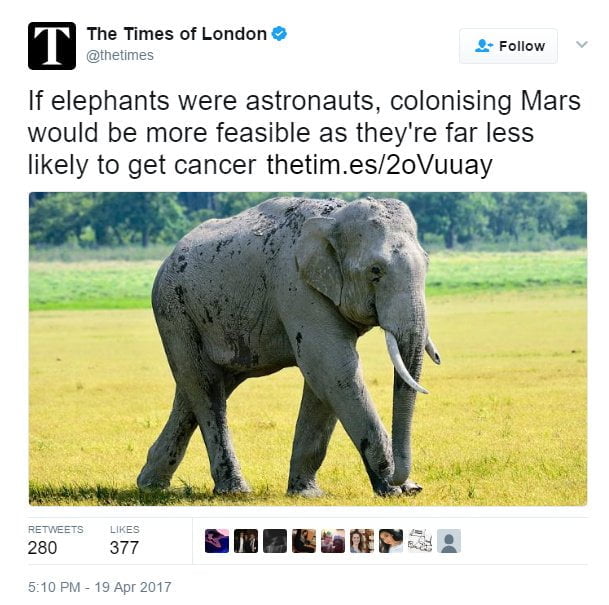 Right. Obviously, besides the single benefit stated above, there are also drawbacks with sending elephants into space. For starters, their somewhat larger mass means that you’re going to need a lot more thrust to get you up to escape velocity and out of the Earth’s gravitational pull. They’re also pretty big in terms of volume, meaning that you’re going to need to increase the size of your spaceship to house them. They eat more, they drink more, they poo more, but perhaps our major concern here should be that we’re clearly ignoring the most important factor to consider in this whole plan: they are elephants.

Yes, elephants are ever so intelligent, but they are still elephants. We’ve all seen how clever and caring they can be on those nature documentaries, but elephants are let down by their inability to communicate in basic human language, let alone carrying out computer programming and complex scientific experimentation. In fact, aside from their alleged cancer-resisting traits (and perhaps their reputation for having really good memories), there’s not an awful lot that supports this frankly very dodgy idea to send elephants to colonise Mars.

And then, what if we were to actually follow through on this and colonise Mars with these pachyderms? It sets a worrying precedent for the future colonisation of other planets with somewhat implausible animals. So what next? Sending ornamental ducks to Jupiter? Hammerhead sharks to Saturn? An anteater to Venus? Presumably we’d have to send some ants as well for that last one. See how complicated it becomes?

No, this is a silly idea and we should stop right now. The elephants won’t mind – they’re very thick-skinned – and it might just save us from the inevitable onset of any immature Richard Gere “gerbils in Uranus” jokes.

I was just looking at the news headline this morning and I saw this:

It turns out that they were talking about a space probe, but it has given me an idea as to how to stop my garden getting repeatedly dug up.

Now, I just need to find some rockets.