I’m still trawling through the 300 photos I took in 30-odd hours over the weekend. And I was asleep for some of those hours.
This image jumped out at me, though. It jumped out at me when I took it. 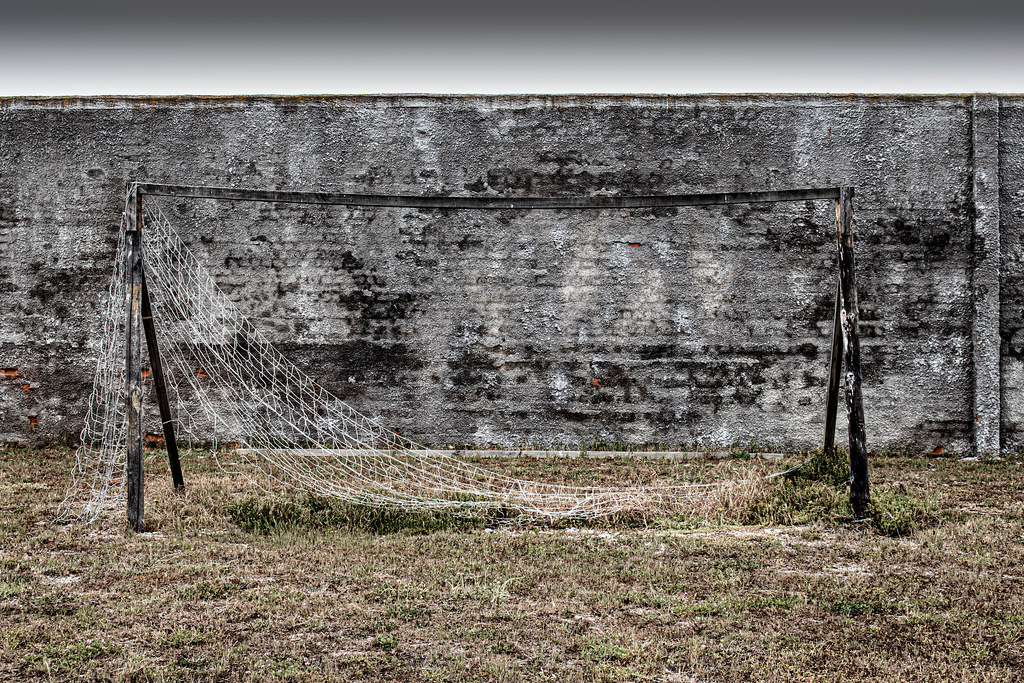 This is the goal at the western end of the football pitch inside the maximum security prison on Robben Island. It was here that some of the prisoners played football and established the Makana Football Association back in 1969. Football became an escape from the harsh daily realities of prison life and forged bonds between prisoners from many of the differing political factions who were held on Robben Island by the Apartheid regime.

The Makana F.A. was given honorary membership of FIFA in 2007.

Made from aging, rickety wood and a fishing net, this ramshackle structure shows just how little is required for sport to bridge gaps – even between those with radically differing opinions on life.

The museum could have repaired it, updated it or painted it white. Made a statement. But I’m so glad that they didn’t – I think it says far more in the condition that it’s in. When we visited, the skies were glowering and grey and with the tufts of dead grass, the dark wood and the solid, depressing wall… it just all seemed to fit.