I wonder if it will look like this today?
That would be nice, since I have plans to be on this river about now. 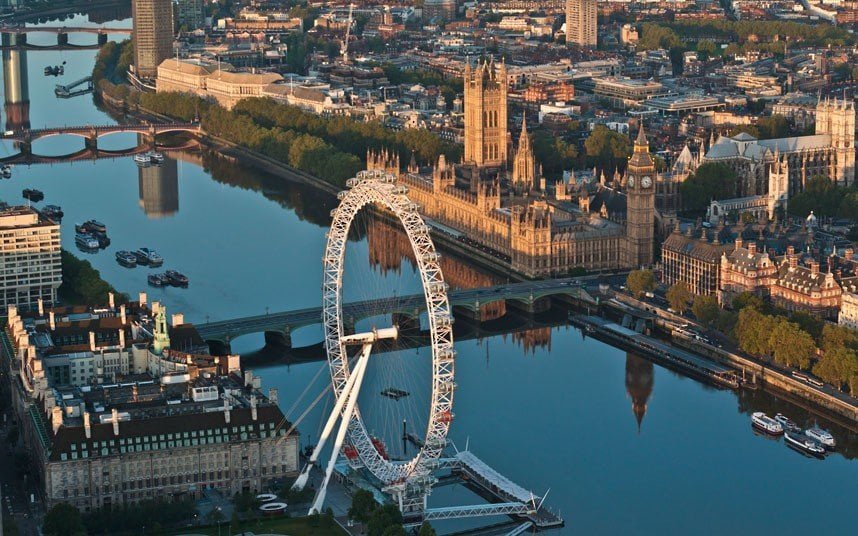 Yes. This is a pre-written post because I should be in London today with a day to see the greatest city on earth (excluding Cape Town and Sheffield).

And this photo comes from this amazing collection.

Some interesting news via PetaPixel on the rules surrounding non-professionals taking their cameras along to events at the upcoming London Olympics:

While larger venues might be more lenient, camera equipment over 30cm long (about 12in), including tripods and monopods, will not be allowed in most of the venues. In addition, attendees have also be warned that there is no storage available, so if you surrender your camera equipment to security, you’re not getting it back. If you have any doubts regarding your equipment, it’s better to leave it in your room.
The most interesting rule, however, has nothing to do with the camera equipment you use, but rather with your smartphone. Attendees, while they will be allowed to bring iPhones and Android phones into the venues, will not be allowed to use them as WiFi hotspots — in other words, if you wanted to connect your SLR (with an acceptably short lens) or WiFi enabled camera to social networks via your phone to do some on-the-fly uploading, you will not be allowed to do so.

Those size rules compare favourably with those at even minor events at the Cape Town Stadium. 30cm is assuredly big enough to satisfy anyone’s needs (said the actress to the Bishop). But the wifi thing is not only rather odd, but also surely completely unenforceable, especially since they also state that they are fine with live uploads to Facebook and the like on smartphones.

At the end of the day (or indeed at any other time), it really doesn’t bother me, since I’m not going along. But overall, I think the restrictions are a lot less draconian than many people would have expected.

This is a difficult post, because a lot hinges upon it. After the 2009 Kids in Tow Tour and the disastrous 2010 Last Hurrah Tour, we have another trip to the UK coming up and we need a name for it. I have plenty of time to decide on suitable nomenclature ahead of our departure, but I want to post about it today. And I don’t have a name.

But I can’t let minor details distract me from this! We’ll sort something out posthumously.
Or whatever the word is.

Because while in London, I will be eating some pizza! Here.

Seriously? A Manx-themed pizza restaurant in the heart of London? I cannot wait.

The Snaefell Diabola “The Hottest Pizza in the British Isles” looks particularly attractive to me, as do the Manannan Vodka cocktails.
Mrs 6k will enjoy the Manx chocolate pizza. And the kids will eat most anything.

And they do queenies. And if you pay with Manx currency, you get a discount.

On Christmas morning IanVisits got up early and took pictures of an almost empty London.

And then he wrote about it on his blog:

London is never silent, not even at 3am, but on Xmas morning, it is almost silent. The background drone of aircraft approaching Heathrow has gone, and away from main roads, the streets lack the sound of car tyres rolling over tarmac.

My favourite image is this one of a deserted Waterloo Bridge: You can see the full set here. And you should note that this isn’t the first time IanVisits has visited London on Christmas morning. He did it in 2010 and 2008 as well.

…let me tell you about something else that was happening at the same time as the Conference, just a walk away, in Trafalgar Square.
This was the NFL Fan Rally, happening a day ahead of the game between the Chicago Bears and the Tampa Bay Buccaneers, at Wembley, yesterday.  Yes, really.  The NFL exports one of its game to London every year, to fly the flag for their sport, in a foreign part.

So, on Saturday afternoon, I snuck out of the Conference, to take a look at this Fan Rally, with my camera, of course.

By the time I got there, the event was winding down as far as the official entertainment on offer was concerned, but there were still large numbers of fans milling about amiably, chatting, drinking beer, purchasing memorabilia, and enjoying the bright autumn sunshine.

The photos are simply – but really cleverly – arranged: 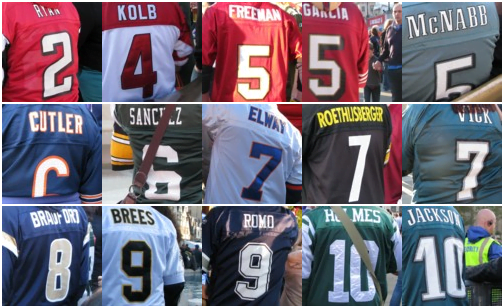 For the full effect, go take a look.