Not literally. But an afternoon of braai’ing with several (or more) adults and eight kids aged between 4 and 10 years old, together with a near immeasurable amount of beer has just about done for me.

Not that it wasn’t fun. It was fun. But my ears are still ringing and my house looks like something akin to Attercliffe after the Sheffield blitz. But with a beagle.

Listicle time. (Sorry). But those with children will surely recognise something from these (and here I quote):

34 Hilarious Photos Of Kids Losing It Over NOTHING 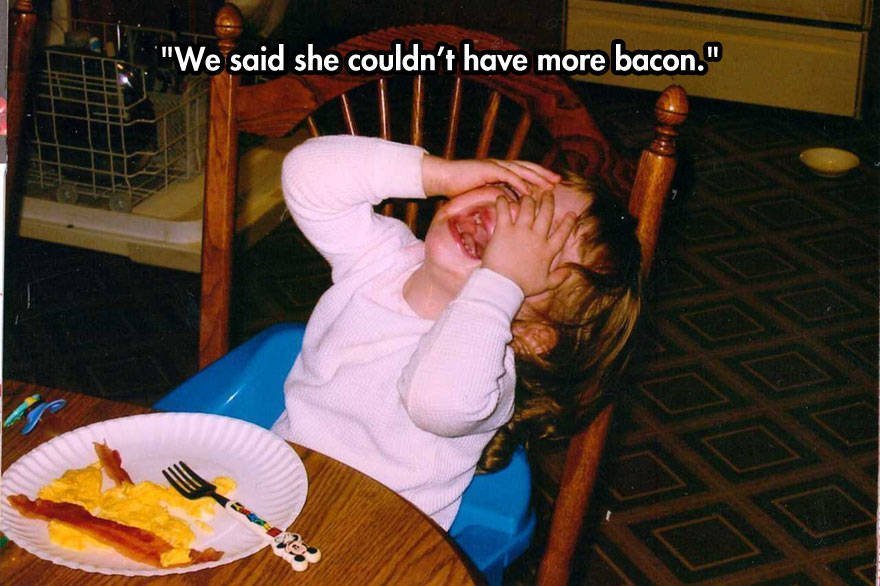 To be fair, I would have reacted in pretty much the same way. 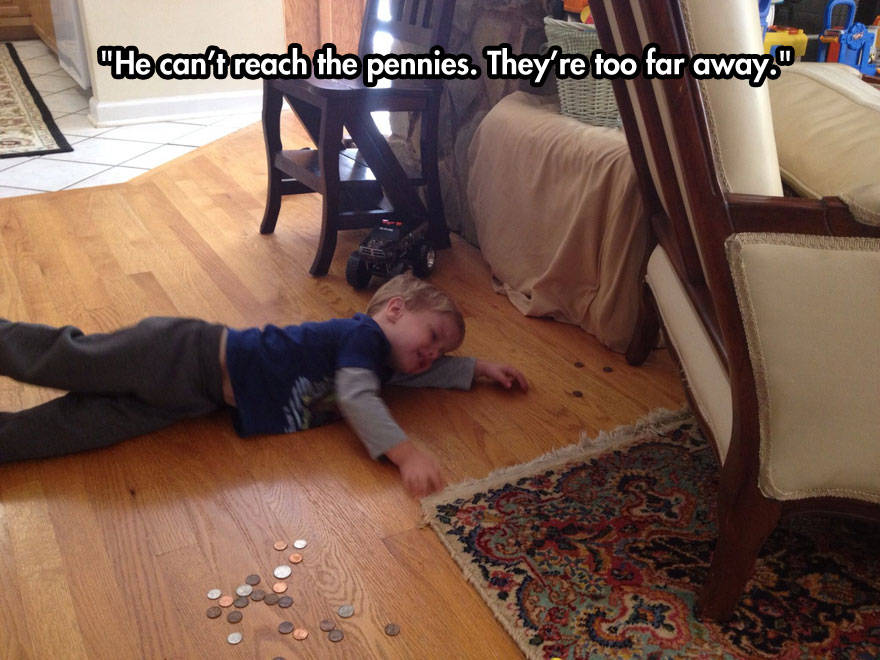 Ataxia should not be mocked. This is sick. 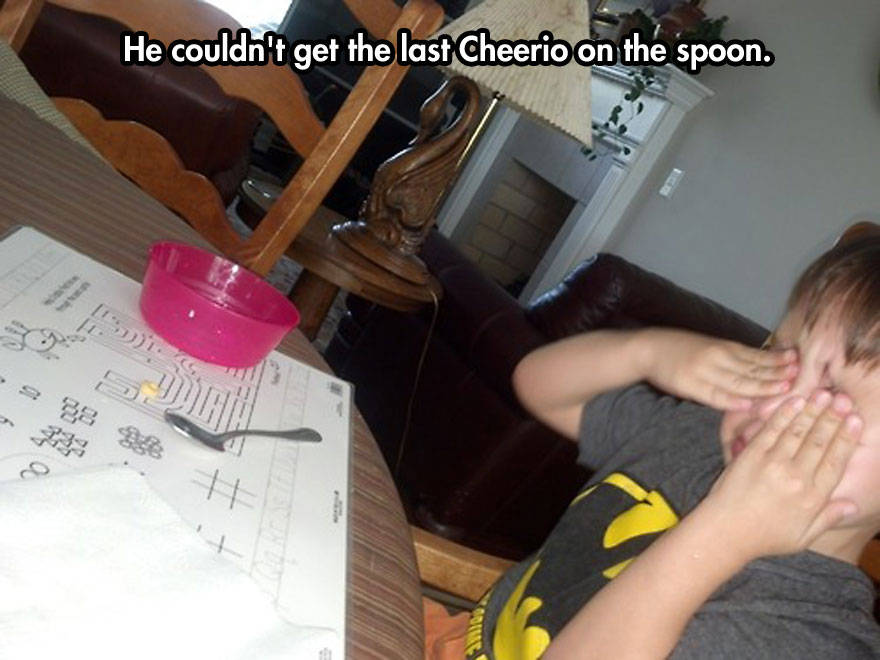 Argh! The frustration!
And that wooden swan lamp would be enough to make most people throw a wobbly, anyway.

My best (worst?) experience of this was probably the occasion when my 3 year old son was crying because he didn’t know why he was crying. This vicious circle was only broken after about an hour (it felt like 8) when he ran out of energy and fell asleep. It was both very annoying and highly amusing at the same time, which I suspect is exactly why these parents took the photos above.

…when this will be me and Scoop: 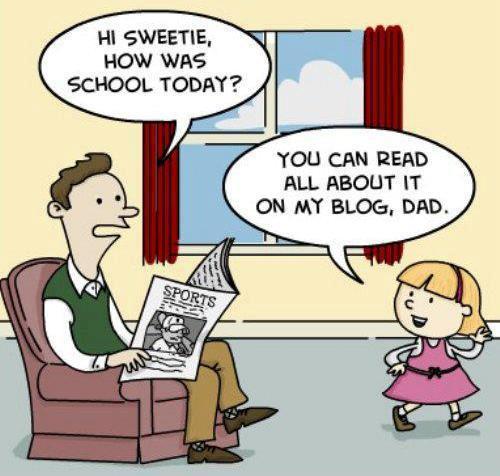 There are a few differences though: I don’t own a green pullover (or any pullover, come to think of it) and I haven’t picked up a newspaper in years. Oh, and I don’t have screws for ankles.

The kids are very tech-proficient though. Alex has been emailing his best friend (who has been away) regularly and converses regularly with his UK grandparents via Skype and email. He also helps out Granny with her computer issues. Scoop is learning at school and from her brother.

However, the day that I get that sort of reply after a day at school will be the day that their internet access gets immediately revoked. Technology needs to work symbiotically in our lives; it’s not a replacement for human or family interaction.

And if you don’t know what six minutes is, then your parents should have taught you to tell the time properly.

Much local outrage (again) at the news that the government is considering a ban on the use of corporal punishment in the home. I suspect we’ll see one (or more) open letters written this week on the subject.

The furore has, once again, ignited the fires of indignation at alleged government interference in our private lives, and with it, brought out a bewildering defensive pride in some parents, unapologetically crowing that they hit their kids and no-one was going to stop them.

This post is not here to agree or disagree with the proposed legislation. In addition, in writing it, I’m not intending to pass comment on your choice of parenting methods either. Although, I think some of these examples are going a bit far and I was unpleasantly surprised to find the Bible thinks corporal punishment is just fine (but apparently only cos it’s preferable to Hell):

So let’s not go there.

My wife knows if she does something wrong, I’ll give her a hiding.

My dad used to beat my Mum, and it never did her any harm.

Sometimes, my girlfriend just won’t listen, and it’s the only way to get the message across.

My wife needs to know that when she doesn’t do as she’s told, she’ll get a good, hard smack.

It’s part of womanhood. It’s the only way they learn right from wrong.

Suddenly, it doesn’t seem quite so acceptable. Does it?

And before some idiot suggests it, I’m not accusing you of child abuse (the accepted legal definition thereof, anyway) or perpetrating domestic violence. So let’s be clear on that.

Mischievous? Sure.
Disingenuous? I don’t know so much.

It’s a dichotomy I’ve never understood – the social acceptability of corporal punishment in kids versus the disgust at domestic violence. There’s obviously a difference between the two, but at the end of the day, it comes down to using physicality to exploit or demonstrate one’s superior power over a vulnerable individual.

There will be those who argue that the rules for adults and kids need to be different. And they’re absolutely right, but those differences should then be in favour of protecting children, not vice versa.
And then there’s the other way of looking at it: that rather than comparing adults and children, we’re actually comparing humans with humans. So what makes it right to physically punish one group, when it’s plainly not ok to physically punish another?

So where do we draw the line? And why and how exactly did we choose to draw it there?