Sadly, SA is not noted for its customer service. Or rather, it is, but not in a good way. That’s why when I have some good customer service, I like to tell people about it.

So said some witty, intelligent, handsome individual some time ago. And not much has changed in the intervening period, so let me tell you about what happened this morning.

I’m not really into cycling.

Actually, maybe it’s more accurate to say that I’m not really into cyclists.

But look, the kids have got bikes and it’s a good way to get them out and about into the fresh air and all that important healthy stuff. Especially down in Agulhas where they’re less likely to be run over.

My daughter’s bike was a recent Gumtree purchase. No point in spending a ridiculous amount of money on something she will not be using seriously or every day, and will likely grow out of in a couple of years.

When we went and checked it out, all that was wrong with it was the front derailleur wasn’t working. I didn’t think it would take too much to sort out, the guy knocked a couple of hundred Rands ($1.15, 86p) off for the inconvenience, we shook hands and the deal was done.

But all the usual mendy things that I tried, didn’t work. And so, with my trepidation, I cycled – on the pink and lilac kids’ bike – down to the local bike shop.

I think they could see that I wasn’t a serious cyclist by the way I arrived on a pink and lilac kids’ bike.  But they were very professional and wheeled me out the back into a very organised, very clean repair shop set up in a garage and Brian sorted me in no time at all. Seized cable, apparently. Which I could have got to in the end, but I would have spent so much time, effort and petrol in finding out what the problem was, how to fix it and getting the bits I needed to do the job, that… well… let’s just say that the R130 ($0.84, 47p) bill was worth every last cent. And I’m still R70 up.

And I felt so proud wheeling my – now completely functioning – pink and lilac kids’ bike all the way back home. All I was missing was the little glittery tassels on the ends of the handlebars.

Anyway. The long and short of it is that I heartily recommend Cycle Teknix in Kenilworth (021 761 0099) for their amazing, prompt and friendly service.

Most of this afternoon was spent at Kenilworth Racecourse, watching the racehorsing. 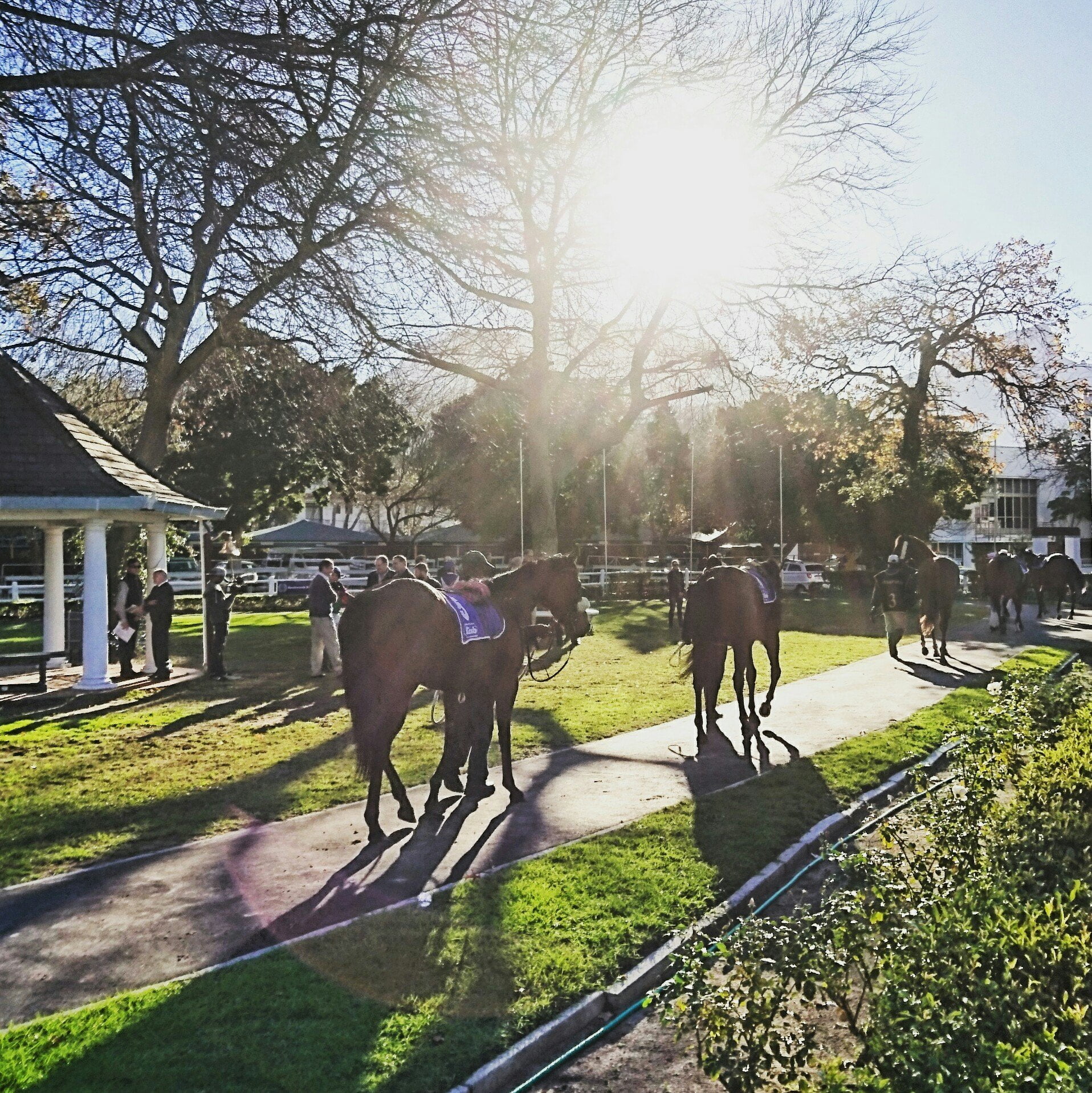 The last race was especially fun. I won rather a lot of money, which was quite unexpected, but ever so welcome.

It’s all rather exciting. From small beginnings (a near derelict building with a disused art gallery inside), via demolition (during which they found this) and several months of construction has risen this:

PGOM already houses a PicknPay Local (Mon-Sat 7-9, Sun 8-8 according to the leaflet that dropped through our door), a Knead, a Sorbet (nails dun rite) and a Bootleggers Coffee store. The three floors of office space are nearly ready for occupation and I’m reliably informed that the views are to die for.

This is just down the road from us and I’m looking forward to spending some weekend mornings with the kids, the newspaper (not really) and some coffee. The only thing that is missing is a bottle store, but hopefully that – and more – will come as this new building helps to regenerate this bit of Main Road.

But during the rush hours, they are closed for prolonged periods of time, otherwise they’d be up and down like a bunny rabbit’s bottom in the springtime. The trouble is, no-one can really remember at what times these prolonged periods are. And then, you chance it and you get stuck for an hour or more. Unless you’re good at three point turns.

Thus, people have been requesting some sort of reference post on here (similar in nature to the SARS minus number post) and finally, I have decided to deliver. 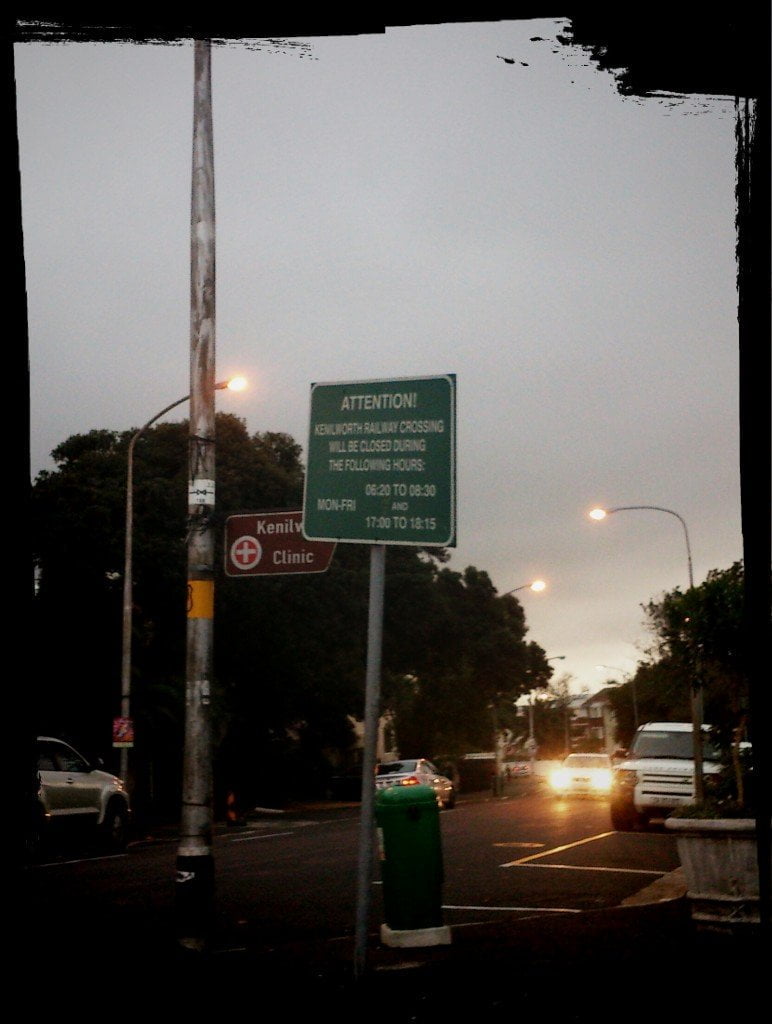 There’s the aging sign at the top of Kenilworth Road – which you drive pass too quickly to read and where they should actually have a big electronic thing telling you when the booms are closed – and here’s what it says:

I’ll be honest, this post is as much for me as it is for anyone else, because I have a huge mental block over this. But while the topical posts on 6000 miles… occasionally do really well for a while, but soon disappear off the stat radar, the reference ones continue to slowly get hits, which tells me that while it might be a bit dull, it’s still stuff that people do want to know.