It’s June 13th, and if you check the Wikipedia page for today’s date, you’ll see that on this date in 1381, the Peasants’ Revolt led by Wat Tyler culminated in the burning of the Savoy Palace.

Who Tyler? No, Wat Tyler.

But way, way before that happened, it was the birthdate of Charles, the Holy Roman Emperor. “Which Charles?”, you ask, knowing that there were several. Well, today is a birthday for two of them, actually – the unfortunate ones. 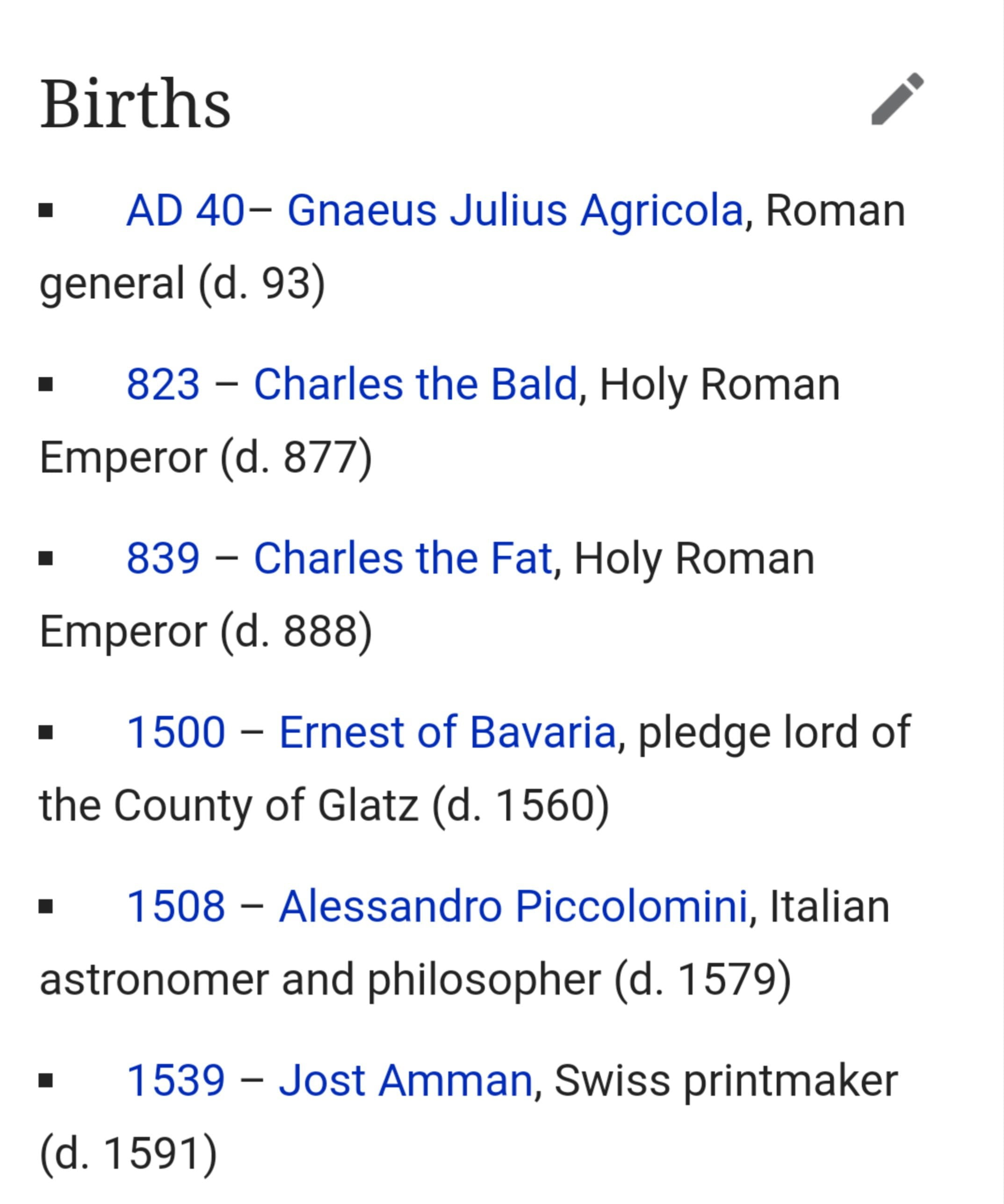 Yes, both Charles the Bald and Charles the Fat were born on this day just 16 years apart.
What are the chances?

A quick search of other Wikipedia pages reveals that other Holy Roman Emperors, such as Charles the Handsome, Charles the Devilishly Goodlooking and Charles the OMG Mavis, Int’ee Buff weren’t born on June 13th.
Because they didn’t exist. I made them up.

However, amusingly, reality is almost more ridiculous than whatever was going on in my twisted mind just then.

Firstly, we’re told that Charles the Bald shouldn’t be confused with Charles the Bold. The latter presumably being braver and more hirsute. Charles the Bold was Duke of Burgundy between 1467 and 1477, when he was succeeded by Philip the Good (one of the nicest of the Philips).

Whereas, Charles the Bald was, by all accounts, bald. He had several children, including Judith*, Louis the Stammerer, Lothar the Lame and then – when someone’s imagination ran out – Charles the Child. Charles the Bald was King of West Francia (843–77), King of Italy (875–77) and Holy Roman Emperor (875–77), succeeding his father Louis the Pious and being succeeded by… Charles the Fat.

Annoyingly for Charles the Fat, there’s actually no evidence that he was fat:

The nickname “Charles the Fat” (Latin Carolus Crassus) is not contemporary. It was first used by the Annalista Saxo (the anonymous “Saxon Annalist”) in the twelfth century. There is no contemporary reference to Charles’s physical size, but the nickname has stuck and is the common name in most modern European languages (French Charles le Gros, German Karl der Dicke, Italian Carlo il Grosso).

Charles the Fat (sorry) held the offices of King of West Francia and Aquitaine, Emperor of the Romans, King of Italy, King of East Francia and Alemannia during his 48 year life. Busy guy. He had one son, who never amounted to much, probably primarily because his name was Bernard (the Illegitimate). (Oops).

Reading this, and noting the rampant nepotism and huge opulence that were part of the daily lives of these individuals, I can’t help but wish that we had something akin to their use of appropriate descriptions in naming modern day politicians.

Jacob the Corrupt.
Gwede the Boep.
Helen the Repeatedly Foolish.
Julius the Mouth.
Fikile the Clown.
Malusi the Captured.

* married firstly with Ethelwulf of Wessex, secondly with Ethelbald of Wessex (her stepson), and thirdly with Baldwin I of Flanders. Gosh.