Out of bed (fairly) early, considering the kids are still on school holiday and off to Intaka Island – close, quiet, safe, cheap – for a slow, short, gentle wander. Loads to see and ‘tog, including (but not limited to) bitterns, herons, bishops, kingfishers, weavers, sunbirds, cormorants, ibises, warblers and canaries. And that was just the birds.

Best spots of the day were the Malachite Kingfisher – Alcedo cristata – because it’s cute and colourful:

…and this Purple Heron – Ardea purpurea – killing off the local invasive fish population (a Perca fluviatilis, I think):

There was an old guy sitting in one of the hides there with a camera setup which was at least 10x the price of mine. When he pressed the shutter, it was like one of those automatic rifles going off.

I’m still learning with this new lens, so mine might not be quite up to the quality (or quantity – damn!) of his, but I quite like them, and you don’t get to see his to compare, and I can certainly see myself popping back out there and spending some quality time stalking more photographic prey as I try to improve.

It’s really not like it was much of a hardship to spend a couple of hours out there this morning.

We came back from Cape Agulhas a day early. The weather was not looking like it was going to improve, the traffic looked like it was going to be horrendous and it’s actually been good to have a little bit of time at home before I head back to the laboratory tomorrow.
In actual fact, we only really lost a few hours, given that we only left late yesterday evening.

It meant that we could still get out for 5km along the beach at Suiderstrand, grab a photo of a windswept Grey Heron (Ardea cinerea): 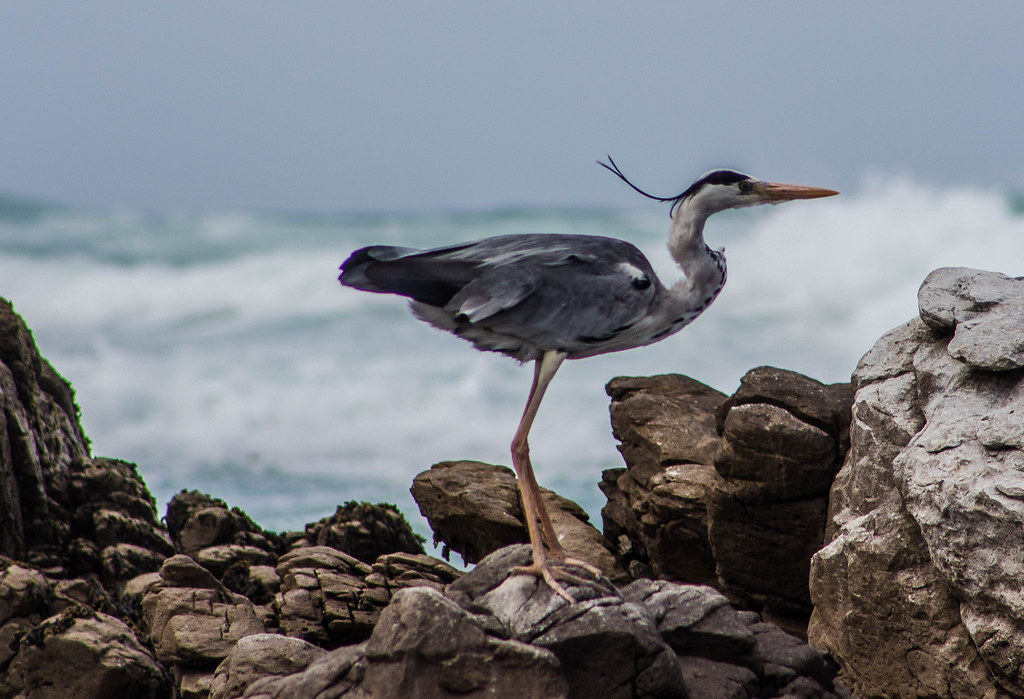 …and have a lunch with some truly terrible service in L’Agulhas before heading off.
And we were still home before sunset. Cape Town summers, ne?

Rather than sit inside and blog all afternoon, we went for a family picnic in Kirstenbosch. And now I’m off to build some of this with my boy. So this is all you’re getting for today.

And by a “new low”, I don’t mean it’s just not happening.
No. I mean, could it actually get any more despicable?

I can hardly bring myself to share this. Yes, sadly, SA is known for its crime, but it’s not nearly as bad as you might expect if you read (and believed all that you read) in the newspapers and the internet. I checked this morning, and despite the frankly terrifying murder rate here, I was actually still alive.

On the other end of the crime scale is the Isle of Man. At worst, crime there is sparse, and minor.

Or rather: it was. Because today – heartbroken – I read this story: 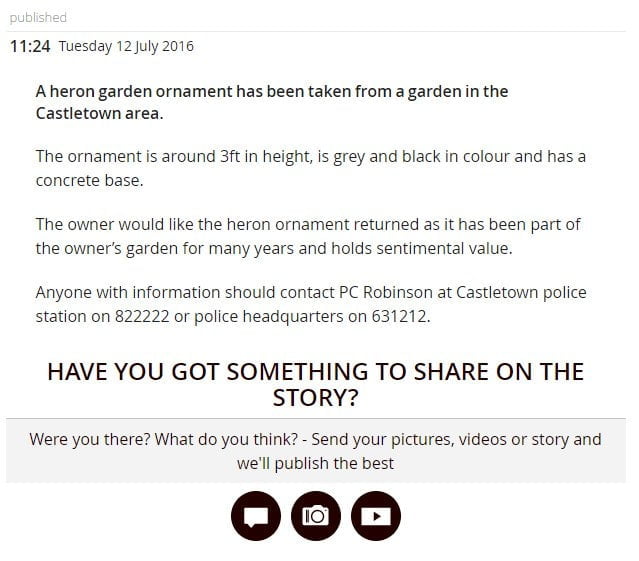 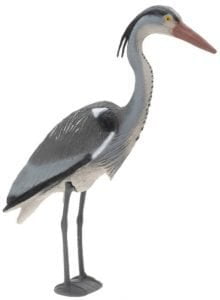 The biggest sadness here is that the police in the Isle of Man simply aren’t set up to deal with this kind of thing. And that means that the heron garden ornament owner will probably never see his or her heron garden ornament again.
And that’s despite the clever effort of the IOM Newspapers at the bottom of the story there, with their endeavour to tempt the perpetrator or perpetrators of this heinous crime to inadvertently give themselves away by sending in the best pictures, video or story of the crime. I know that if I was bold enough to take a heron garden ornament from a heron garden ornament owner’s garden, I’d certainly have snapped a couple of pics and grabbed a bit of footage to document my outrageous actions and share with my criminal peers down at the pub on a Friday evening when I was trying to fence my ill gotten ornamental birdlife for a bit of extra ice cream money.

The urge to show off to a (slightly) larger audience by sharing that evidence with “iomtoday.co.im” would probably prove too much to bear and I strongly suspect that the hardened criminal(s) involved in this disgusting theft may very well struggle with the same sort of impulse.

It’s the only hope. For the sake of preserving the very low crime rate on the Isle of Man and in the defence of other wildlife-themed garden ornaments on the island, we can only hope it bears fruit.

This is just a test post to test something out on the blog. You can ignore it if you wish, but after the recent Jacob Zuma art furore, I have put an arty picture in to make people look.

(Never fear, there is no spear): This should cause thousands of people to bunk off work and walk to my blog, hopefully subscribing and clicking on some adverts along their way.

(Hello Nicole. Did it work?)