I’m (almost) avoiding any comment on this, Day 666 of SA’s lockdown. It’s a day very much like any other, and if someone tries to tell you today that the Rothschilds are working with the Lizard people and Bill Gates to depopulate the planet before Nibiru comes upon us, simply because of the significance of the number above, then they need help and you should get it for them.

However, in the most tenuous link possible, it does seem like there is set to be some hellishly hot weather on the way:

So what I thought we’d do, given that sort of heat, is to walk up Table Mountain.

Yep. That seems the most sensible option to take, given the lack of incline and the wide availability of copious shade that Table Mountain is well known for.

Meanwhile, there are weather warnings in Dubai this weekend as well: 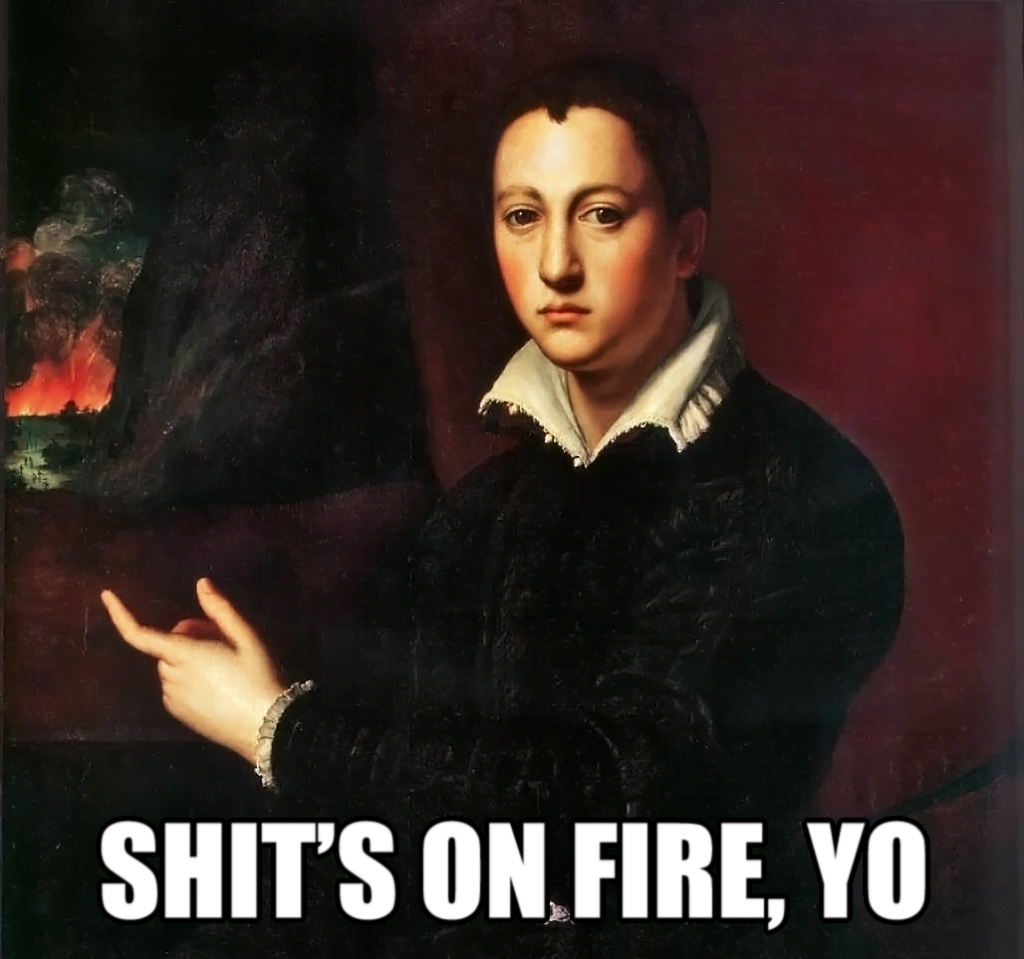 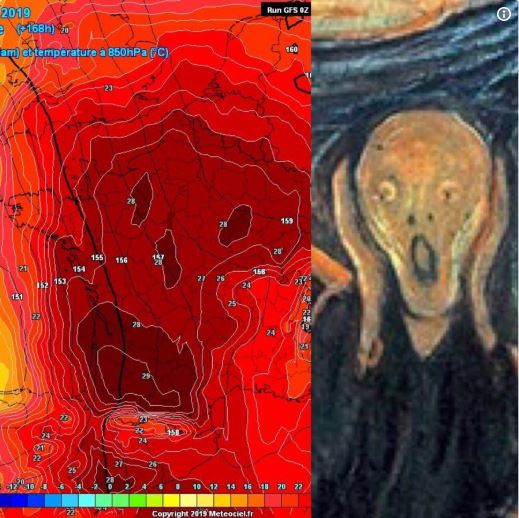 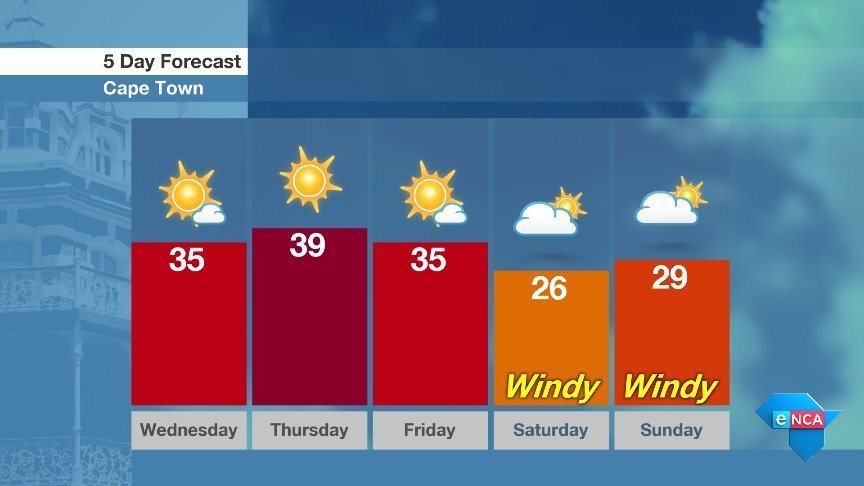 And then God hath spake unto the people of Cape Town and He hath said:
“And lo, now I am going to evaporate whatever puddles of muddy water there may be left in your dams!”
And the people did not rejoice and they were not joyful.

They were rather sweaty though.

Much mirth and merriment on SA Twitter yesterday as the UK basked in a “heatwave”, getting up to (in some cases) the low to mid 30s Celsius.

I’m sharing this one example, not for any other reason other than because I particularly enjoyed it: 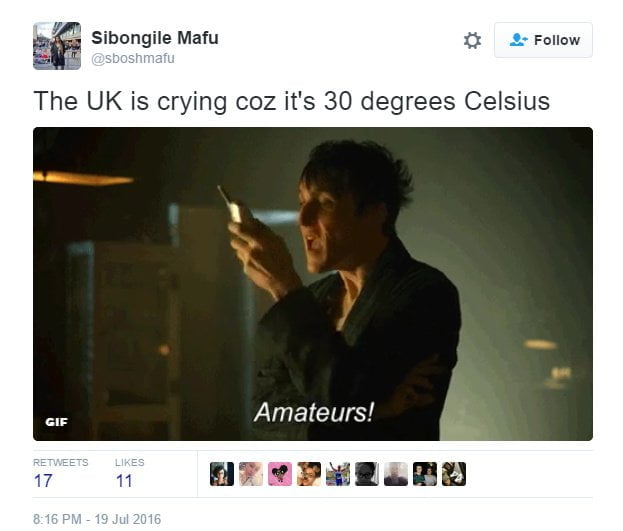 But, as your lovable local “Soutie“, can I just make the case for the other side too?

Because when you Saffas are all:

throughout the winter months, while it’s a balmy 15ºC… well… how do you think I’m looking at you?

It’s almost – almost – as if the climatic conditions in the UK and SA are generally quite different, thus giving the local populaces disparate reference ranges for their understanding of “normal” weather and temperatures.

It’s no surprise that it’s around this time of year that the meteorological differences between my hometown and my adopted hometown are at their most distinct and obvious. That said, it’s always something of interest when there’s concurrently snow in Sheffield and a heatwave in Cape Town. Yesterday was one of those days. 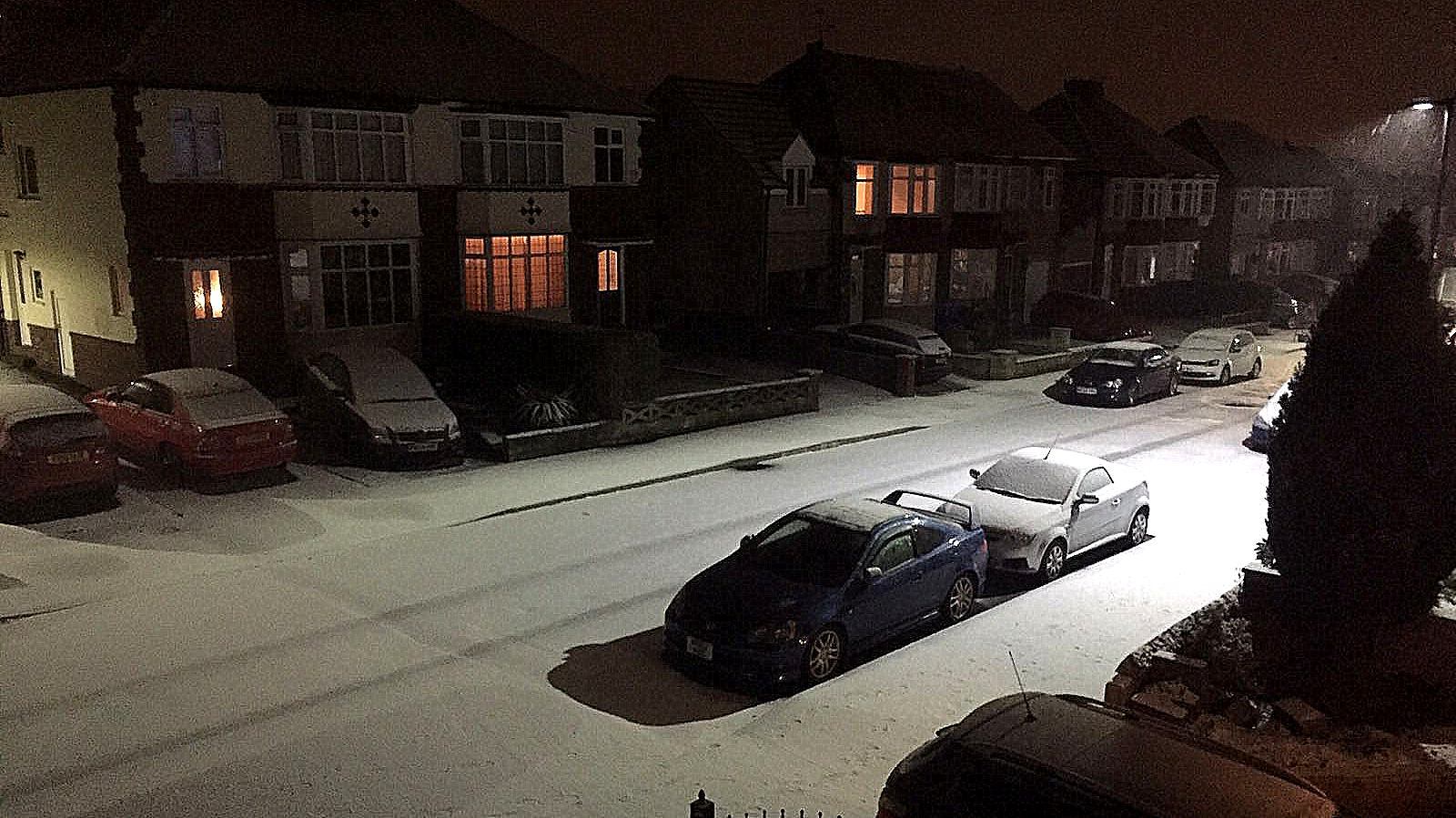 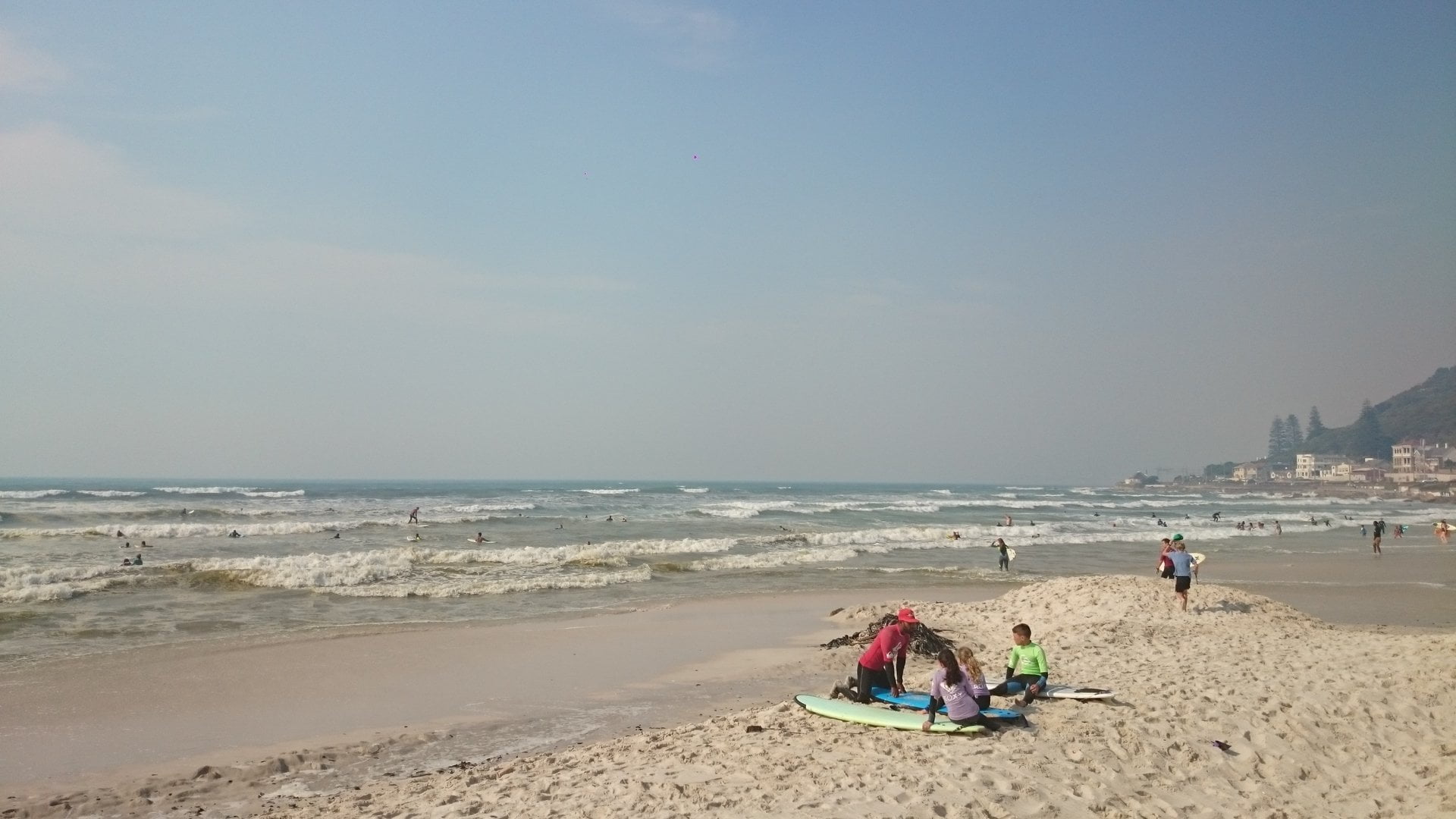 That’s Sheffield on the left, by the way.
Eagle-eyed readers with knowledge of the False Bay coastline (it’s a small subset, but it must apply to someone), will already have noted that Fishhoek, Simonstown and the rest of the Peninsula are missing from the horizon on that apparently rather washed out second shot. That’s due to the thick smoke from the fires currently burning in Elgin over the weekend, (as you can see from the helpfully annotated image below).
Sadly, I don’t think this view will be quite the same a it was a couple of weeks ago. 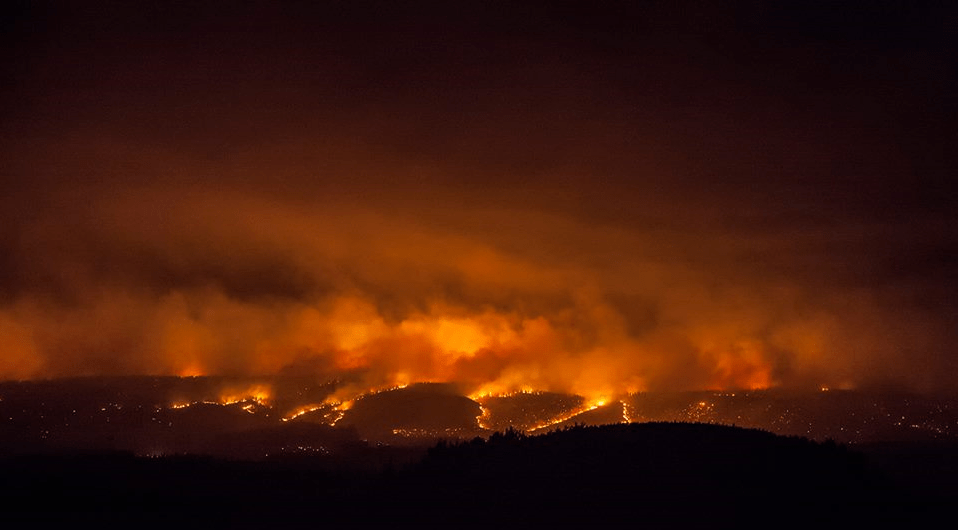 Personally, I don’t particularly mind either sort of weather, as long as I know it’s coming. The effects of the snow and cold can be overcome with warm clothing (or finding a pub with a fire); the somewhat unpleasant heat by wearing fewer clothes (or being lucky enough to live in a house with a swimming pool).