Question in the Grauniad: 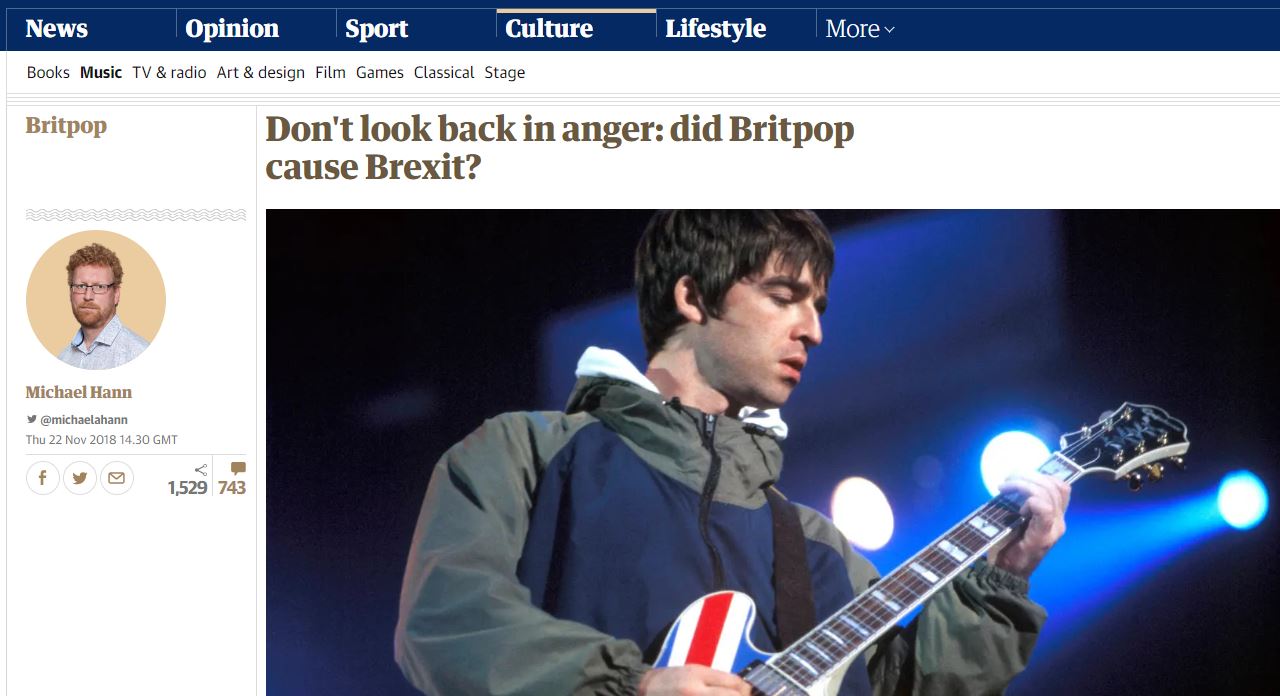 (Which, to be fair, the article itself also thankfully concludes.)

This headline explains a lot about what’s happened in the world so far this year.

I was well aware that there were many things that were more popular than thought. Capetonian examples of this include views of Table Mountain, bad driving, the Cape Town 7s rugby tournament and crapft beer.

But for thought to have sunk so very far down the list of popular things, down even below “onshore wind farms”, for it to be so very unfashionable… well, suddenly the current sorry state of the planet is explained.

Some reading for you.

Three stories about South Africa have recently made it into The Guardian and then from there, into my sphere of knowledge. None of it is particularly good news, as we are wont to expect from the British press, but equally, none of them are the non-stories we saw before the World Cup, (c.f.  this and this) which we didn’t bribe anyone $10,000,000 to stage.

First up, the “Cape Town’s Death Industry” story, detailing how much of the black population living here in the Mother City doesn’t want to be here once it has died (the population, not the city), and the lucrative business in arranging funerals back in the Eastern Cape for those living – or rather, previously living – here in Cape Town.

“These days, of course, it’s not just miners who live far from home. Families are spread out across the country, but amid this spatial dispersion, the fear of dying far from their point of origin has remained. It is now the reason for a growing industry that transports the dead across South Africa.”

As some of you may know, I was in the Eastern Cape recently, and I can understand why many people are desperate to return there once they have died. Ironically, my coming from Cape Town, I almost died a several times on the local roads, and had that have been the case, I would have wanted whatever was left brought back this way.
Anyway, jokes aside, the piece is a simplistic, but interesting view on the cultural complexity of the death industry (or, as many of us would call it “the funeral business”) in Cape Town.

Then, the dust and radioactive nastiness of Joburg’s mine dumps – a tale of tailings, if you will. Oliver Balch details the health problems associated with the leftovers of Gauteng’s gold rush, the people monitoring it:

A handful of randomised spot-checks reveal the extent of the pollution problem. For example, in a narrow run-off canal immediately opposite Soccer City, site of the 2010 Fifa World Cup final, van Wyk picks out the colours along the bank: red for iron, white for sulphur, green for copper, yellow for uranium, and so on.

And the complete lack of government action on actually doing anything about the situation:

Five years ago, the government identified 36 “priority areas” affected by radioactive acid mine drainage for remediation. Today, not a single one of these sites has a feasible implementation strategy in place.

And then, in a somewhat tenuous link to government stagnation, the Uber issue. The Uber issue is playing itself out all over the world with protests in London, really nasty protests in France and then this, in Joburg:

Internet taxi firm Uber said on Monday it was providing security for its drivers in South Africa after verbal threats from other taxi operators in the latest outbreak of friction to hit the fast-growing company. A couple in the city told the Eyewitness News website that they had seen metered taxi drivers harass an Uber driver, grab his keys and threaten him with a gun.

Yeah, taxi drivers are definitely top three when it comes to SA groups you don’t want to irritate. Also somewhere around the top end of that demographic is Helen Zille. And she has hit back at these claims by Uber:

Despite over a year of progressive discussions with regulators, there is still no clear route to obtaining vehicle operating permits for Uber driver partners. A process that should take no longer than a few weeks has been dragging on for over 6 months and still no operating permits have been issued to Uber driver partners. Yet, it appears that operating licenses have been issued to large metered taxi fleet operators, favouring these incumbent operators.

…in her recent newsletter, which admits that there have been delays – because government isn’t “nimble” – but takes the time to explain why those delays have happened – simply that the rules don’t exist for operators like Uber:

This situation creates a crisis for government. Officials must act within the law. But the law doesn’t envisage or cater for e-hailing services. The result is government paralysis.

Now, the angry, Facebook-wielding, online petition-signing, middle-class mob is a bit mixed up. The last time they got this worked up over something, it was probably about Nkandla and the widespread outrage was probably organised by Helen’s DA. Now they have to choose – beloved Uber or beloved Helen.

No wonder there is sudden silence.

From the Guardian, this:

I don’t think that this is breaking news to anyone, really. But while the Guardian uses the word “admits”, as if it’s some sort of dirty secret, executive producer Andy Wilman is refreshingly open about the whole thing:

He said the show offers “an hour a week where absolutely nothing is achieved, but the path to nine-year-old escapism is briefly lit up”. He added: “Most TV shows that have been going for as long as ours refresh themselves by forcibly injecting new elements into the format, but on Top Gear we keep ourselves young by ageing. You’re watching an organic journey of those three going through their motoring lives.

No-one actually watches Top Gear for reviews of the vehicles on there, do they? Sure – back in the late 70s and 80s, that’s what it was about, but since Clarkson and Hammond took over in 2002 (and were joined by May after the first season of the relaunch), it’s pure entertainment, tenuously linked to cars.

Willman vowed that upcoming shows won’t tamper with the childish formula, offering a rally in supermarket aisles, a tank smashing through a building and a drive round a nuclear site.

I wouldn’t really class myself as “middle-aged”, nor as having “a mental age of nine” (others may disagree on both these points), but I’ll certainly be tuning in when Season 21 begins next month in SA.

Nice little touch by the Guardian newspaper’s online people today – if you aren’t into the monarchy, you can helpfully and simply bypass the clamour around the royal baby by clicking Royalist or Republican to tell them so and change the front page you see accordingly. 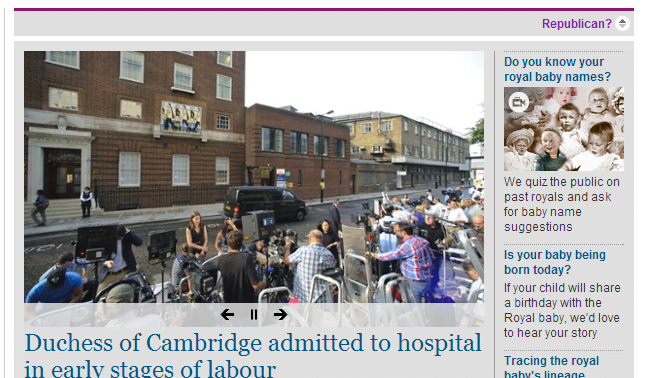 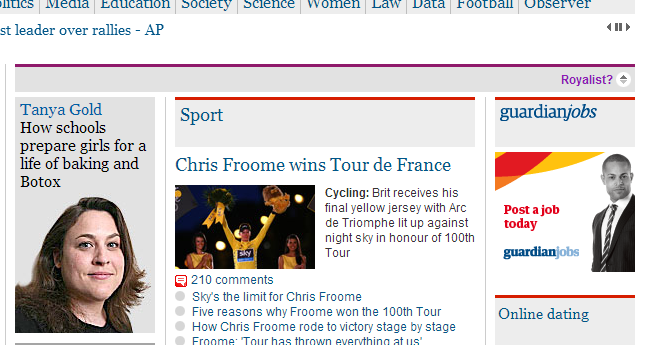 Now if they could just get rid of the cycling as well, that would be great.