I’m published in nature [as an honorable mention in their #ScientistAtWork photo competition]! This photo was taken while we were sampling waters and sediments to develop tools to assess the risk of contaminants in Antarctica. #polartox

… and featuring a penguin which I correctly identified as an Adélie (Pygoscelis adeliae), which has been mentioned before on this blog (not this actual Adélie penguin, obviously). You’ll note that the description isn’t all that thrilling, so you’ll likely have guessed that the image is pretty good. 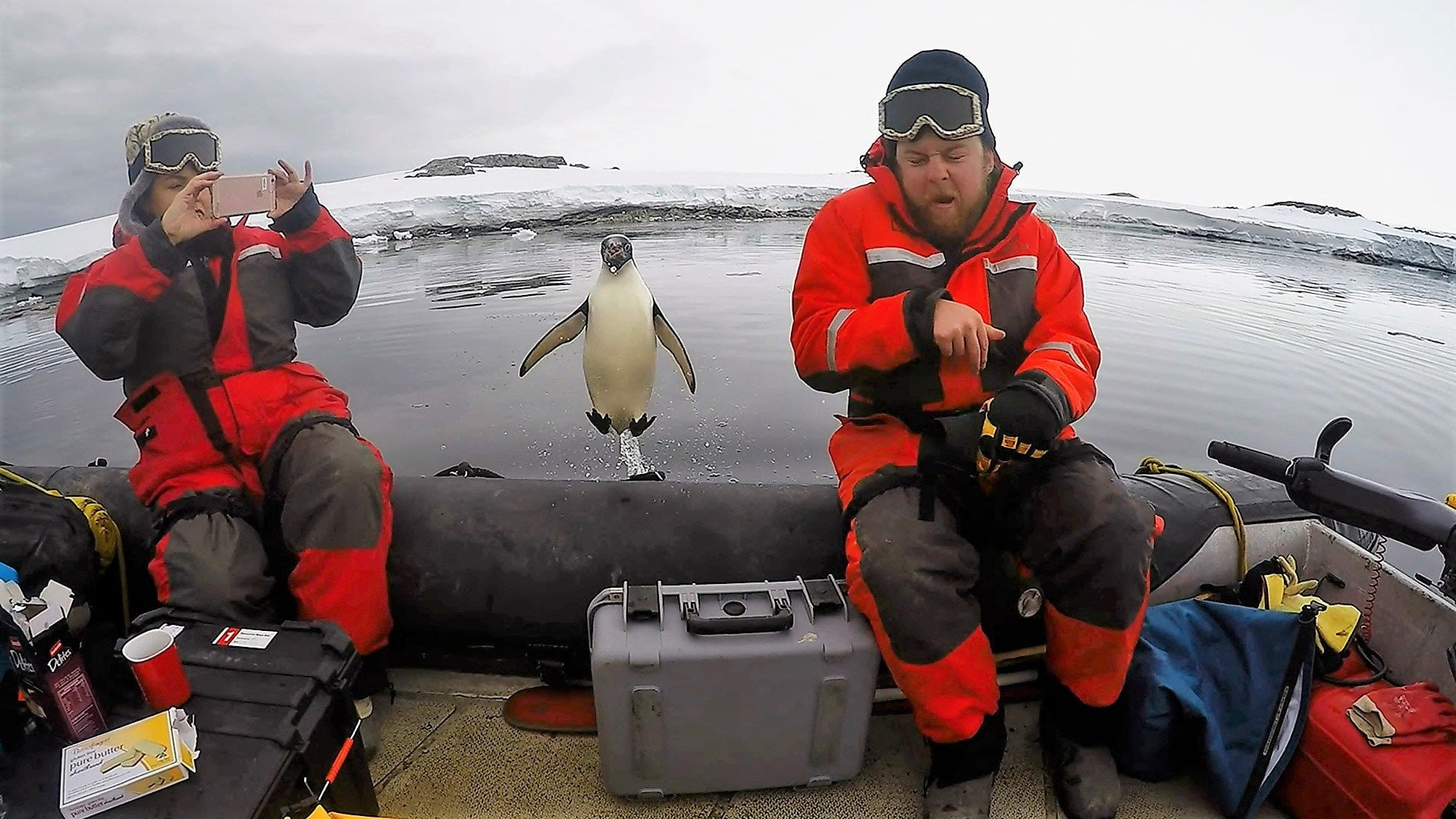 Perfect timing. And yes, the penguin has just leapt out of the water, but it does look like it has some sort of water jet pack on its back. Or maybe it’s a blast from its bottom: Adélie penguins are known for that sort of thing – there’s a whole scientific paper on it:

Chinstrap and Adélie penguins generate considerable pressures to propel their faeces away from the edge of the nest. The forces involved, lying well above those known for humans, are high, but do not lead to an energetically wasteful turbulent flow.

Honestly, what sort of scientist wakes up one morning and thinks:

You know what? Today, I’ll try to find out how forcefully a penguin shits.
There’s a meritorious project that will provide humanity with essential knowledge and earn me scientific infamy.

But I digress. Often. It just looks like this penguin is shooting an water jet from its anus. As I mentioned above, that’s unlikely to be the case.

That this great photo only made it into the Honourable Mention section of the  Nature #ScientistAtWork photo competition mean that there must be some absolute bangers in there.

And there are. Go and see right here.