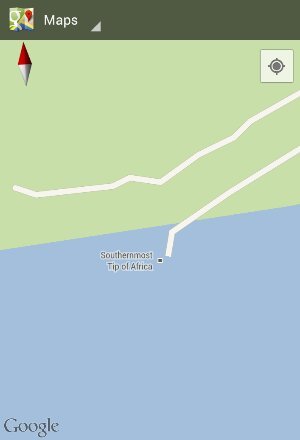 There’s something wrong with this, isn’t there?
Google Maps seems to have gone a bit Apple if it thinks that the Southernmost Tip of Africa is actually some distance into the ocean.

This could lead to all sorts of confusion with continents and countries claiming to be bigger than they actually are: North Korea Syndrome, I think it’s called.

Anyway, we were there yesterday (the Southernmost Tip, not North Korea): 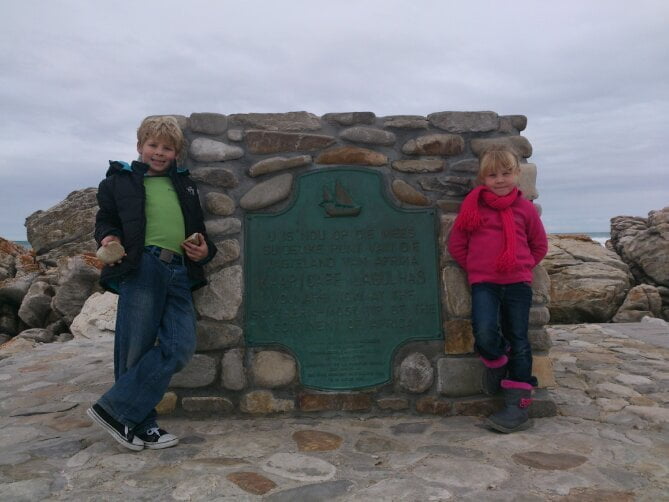 …and we left with dry feet, so today’s lesson is not to believe everything that Google Maps tells you.