Here’s some amazing news about stats I don’t really usually keep an eye on, but I have been keeping an eye on lately. 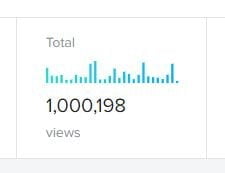 One million people have looked at my photographs. One. Million!

Now, that will not be a big thing for some people, but it turns out that I’m actually quite chuffed with it.

Let’s have a song to celebrate.

Ironically, at the time of posting, this video has almost 5 million views. And it’s not even their best work. It’s not even the best mix of this song. So I clearly have some way to go to reach the dizzy heights of Goldfish et al.

But one million views is a really good start, thank you.

Aside from contracting toxoplasmosis in my local supermarket, I also had my hair cut yesterday.

In the chair behind me, a client was having an earnest discussion with his barber as to which musical act was the better:

You might not have heard of Paul: he was mildly successful 50-odd years ago with some other guys.

But despite that historical fame, if we’re going to base success on, say, the number of times the act in question has played at the Kirstenbosch Summer Sunset Concert series, then it’s Goldfish that clearly come out on top.

At least that’s what Mr Haircut was trying to tell us.

Next week, I go to a garden centre to try work out which writer is better: veteran 16th century playwright William Shakespeare, or E.L. James, who gave us the 50 Shades… series.

I’ll probably be looking at how many times they have each done interviews on American late night TV talk shows as my deciding criterion.

News from the housesitter:

Which they should be, because Cape Town’s climate is much better than Siberia’s when it comes to owning pet fish. No news on the beagle this morning yet, though. 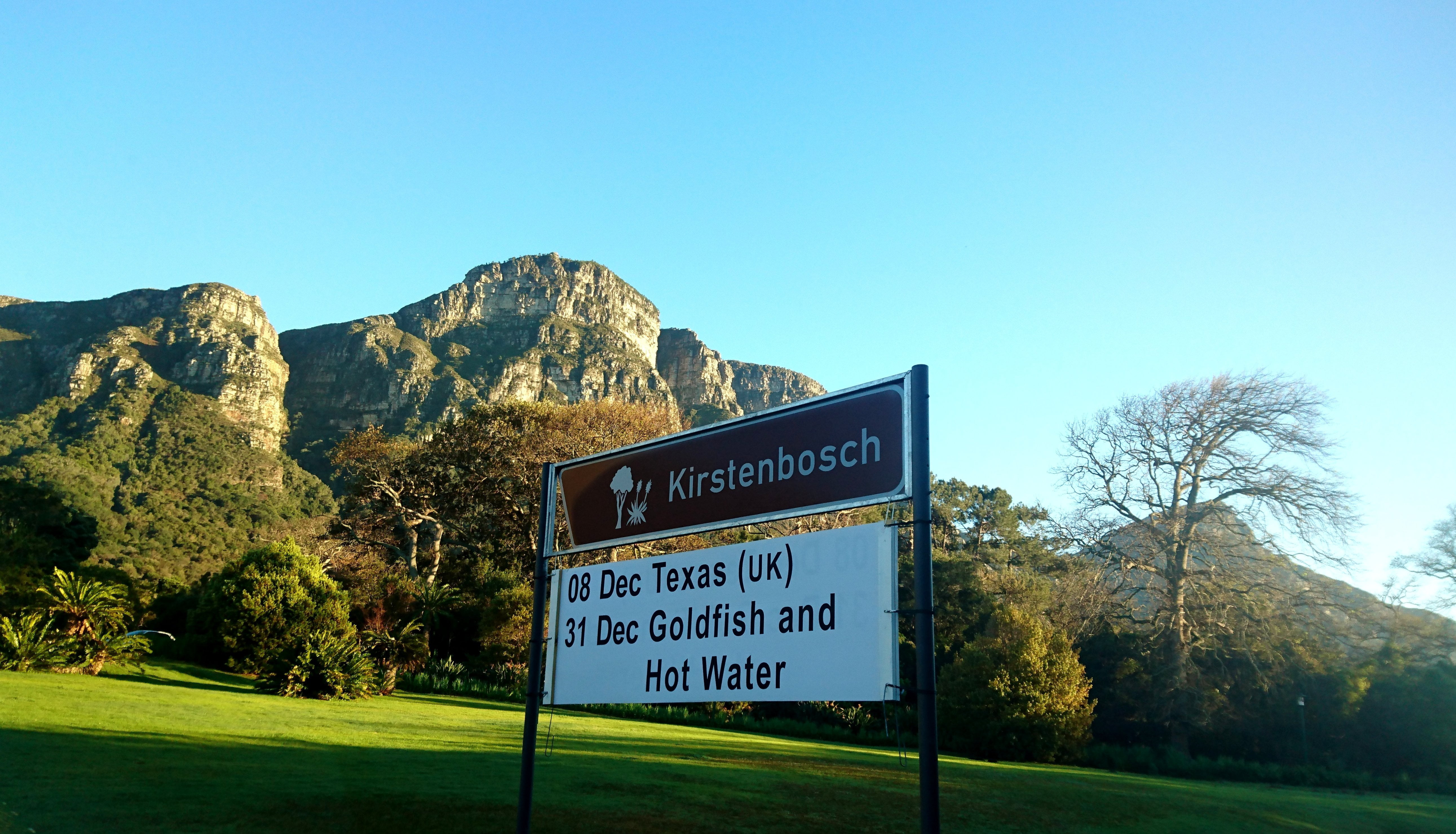 Hectic doesn’t really begin to describe it. Although, of course, I wouldn’t have it any other way. I used to get my comfort from sleep, but that seems to have become a distant memory of late, so in both my spare seconds, I’ve been trawling the interweb and popping into local “record” shops on my nappy-seeking visits to Pick n Pay, for musical inspiration and salvation.

First off, for you non-Saffas, a wonderfully catchy summer hit released smack bang in the middle of winter by Cape Town’s electronica specialists, Goldfish. I will warn you that you will be Ooh-ahh, Ooh-ahh, Ooooh’ing for the rest of your day if you click on the youtube link below. This Is How It Goes is taken from their new album Perceptions of Pacha, which is seemingly widely unavailable to download anywhere online.

Watched? Enjoyed? Yes, I know. It’s perhaps a little too trendy for some of my older readers. I recognise that about 90% of you are now closing your browser windows in tears. It’s ok – it happens a lot when people read my stuff.
And while Fleet and Globus will surely be checking out Goldfish further, they won’t be too annoyed to be reminded about the brilliant Fuzzbox and their lead singer, Vickie Perks. Here she is and they are, in top form back in 1989, in a video directed by and starring Adrian Edmondson.

Still brilliant. In a mildly chedderesque fashion.
Vickie Perks is now lead singer of the imaginatively named “Vix n the Kix”, who, according to her myspace page are touring South Africa in October this year (TBC). This seems slightly bizarre for a band that appear to have been no further than Wolverhampton and Stourbridge of late, but hey – if you’re coming to Cape Town, Vickie, I’ll make the effort. Just let me know where and when.

* Visiting from South Africa?
YouTube videos “no longer available”?
Of course they are – it’s just dearest Telkom playing tricks on you.
Refresh a few times or use the direct URL to play them.