Not much here from me today. I’ve been doing things and being busy generally.

I did enjoy this link from the NewYorker though – it’s the politically correct version of Lord of the Flies, and it is brilliant.

“Look, everyone,” Ralph said. “The sun is going down. We need to organize a party to go out in search of food.”

“We should hunt!” Jack said. “Kill the pig! Cut her throat! Spill her blood!”

They looked at him.

As a commentary on modern society’s requirement to tread the tightrope of avoiding giving offence, it’s absolutely perfect.

A week too late for the Grand National, here’s the wonderful Irish Jockey sketch from ITV’s The Sketch Show:

I must say that I’d forgotten all about The Sketch Show – I never really even gave it much attention when I was in the UK. But looking back now – what a line-up:

And writers included Ricky Gervais and Aussie Matthew Hardy. It’s impressive stuff, and this skit with Lee Mack just shows why he’s still so popular on shows like Would I Lie To You.

And if you’re mood for more laughs, can I please remind you of this guy?

I’m not one for jumping on bandwagons, but I did enjoy this short poem and everyone else is doing it, so why can’t we? (Jump on the 50 Shades bandwagon, not… well… you know…)

The missus bought a paperback
down Shepton Mallet way,
I had a look in her bag;
…T’was “Fifty Shades of Grey”.

Well I just left her to it,
…At ten I went to bed.
An hour later she appeared;
The sight filled me with dread…

In her left hand she held a rope;
And in her right a whip!
She threw them down on the floor,
And then began to strip.

Well fifty years or so ago;
I might have had a peek;
But Mabel hasn’t weathered well;
She’s eighty four next week.

Watching Mabel bump and grind;
Could not have been much grimmer.
Things then went from bad to worse;
She toppled off her Zimmer!

She struggled up upon her feet;
A couple minutes later;
She put her teeth back in and said…
I must dominate her!!

Now if you knew our Mabel,
You’d see just why I spluttered,
I’d spent two months in traction
For the last complaint I’d muttered.

She stood there nude, naked like;
Bent forward just a bit…
I thought oh well, what the hell,
and stood on her left tit!

Mabel screamed, her teeth shot out;
My god what had I done!?
She moaned and groaned then shouted out:
“Step on the other one!”

Well readers, I can’t tell no more;
About what occurred that day.
Suffice to say my jet black hair,
Turned Fifty Shades of Grey.

And no, contrary to popular belief, this isn’t by poet Pam Ayres, but it’s very much her style, so I can see where the confusion might arise. It’s actually by a guy called John Summers, of whom I know nothing more.

And now, no more 50 shades of anything on here. Probably.

I watched the six episodes of this first series of everyday Essex metal detector(ist)s, on the plane and I loved every minute of it.
The very real, very believable, sad lives of English middle-aged men, together with the bewilderingly tall tales of a true British comedy. There’s human drama and hidden subplots alongside the constant laughs as well.
Mackenzie Crook wrote and directed and stars, but Toby Jones as Lance is the one who really makes it all so perfect.

Oh, and then there’s the music. No wifi on board on this flight, but we need to do some investigation on Johnny Flynn and Dan Michaelson.

Busy couple of days Shay Noo, and so you’re going to have to make do with a scheduled post or two. That doesn’t mean that you won’t be entertained or whatever though: I only choose the very best content to schedule for your reading delectation. Of course, if something huge happens between me scheduling the posts and them actually publishing themselves, I won’t know about it. Like war, disease, Julius Malema saying something populist and inflammatory or… wait – that’s all already happening. So basically, there is no news.

I don’t mean to be confusing. That’s the job of these signs taken from around the world and gathered lovingly into a listicle by the guys at distractify.com: 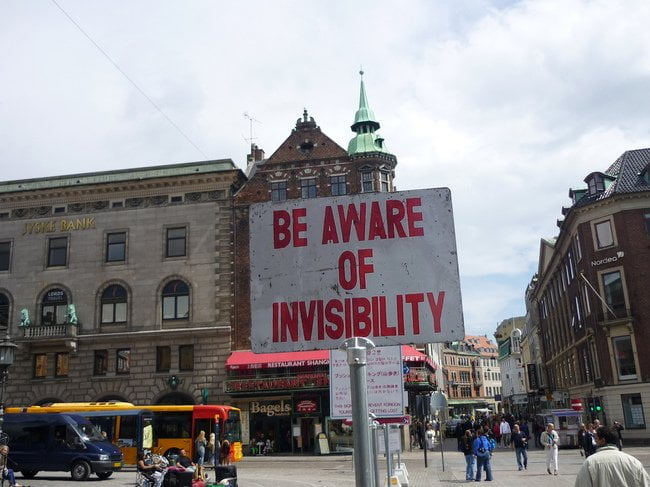 To be honest, I can’t see that being an issue.
(Do you see what I did there?) 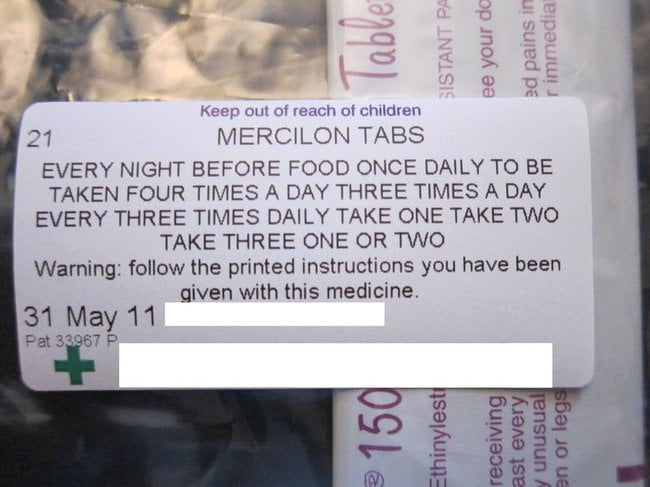 Concerningly, I think that Mercilon is a contraceptive pill and I can only imagine that the instructions printed above (if followed accurately) could have resulted in… well… children.

Much more confusion and amusement to be had at the link above. Go look.