We might have been caught up in the traffic after the accident on the Houw Hoek Pass – hell, we might even have been the accident on the Houw Hoek Pass – were it not for a stop off at friends in Hermanus on the way back from Agulhas on Saturday. And it was while we were leaving that tourist-infested, currently whale-free utopia that we checked Google Maps and found that there were 75 minute delays on the otherwise 75 minute N2 journey home.

Google suggested an alternative route, basically avoiding any delay, and who are we to disagree with Google? We jumped at the chance, even when it took us off the R43 out of Hermanus, onto the R44 towards Kleinmond and then immediately off that too.

Onto a dirt road. A steep, windy, narrow dirt road; decidedly old Transkei, and quite a challenge in a heavily laden 2 wheel drive SUV.

The road does show on Google Maps, but only just (you have to look closely), so I’ve marked the two ends of it with red dots for you, together with (for non locals) a black arrows showing the route we’d usually have taken, and a red line where the accident was blocking the road. 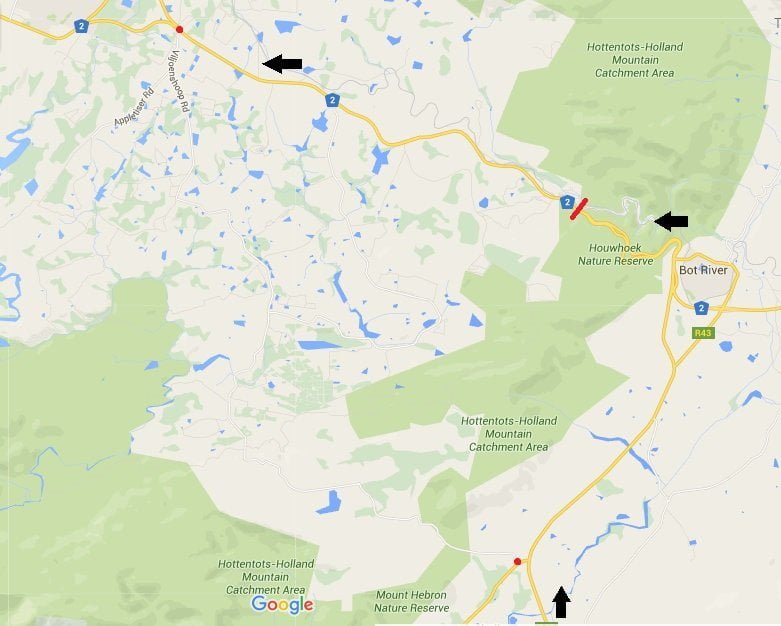 If you want to do it the other way, simply turn south off the N2 at the Peregrine Farmstall – and keep going.
The thing is, not only was this a bit of fun – a mountain pass adventure in the (mostly) rather mild Western Cape – it also gave us this view of the valley as we crested the top: 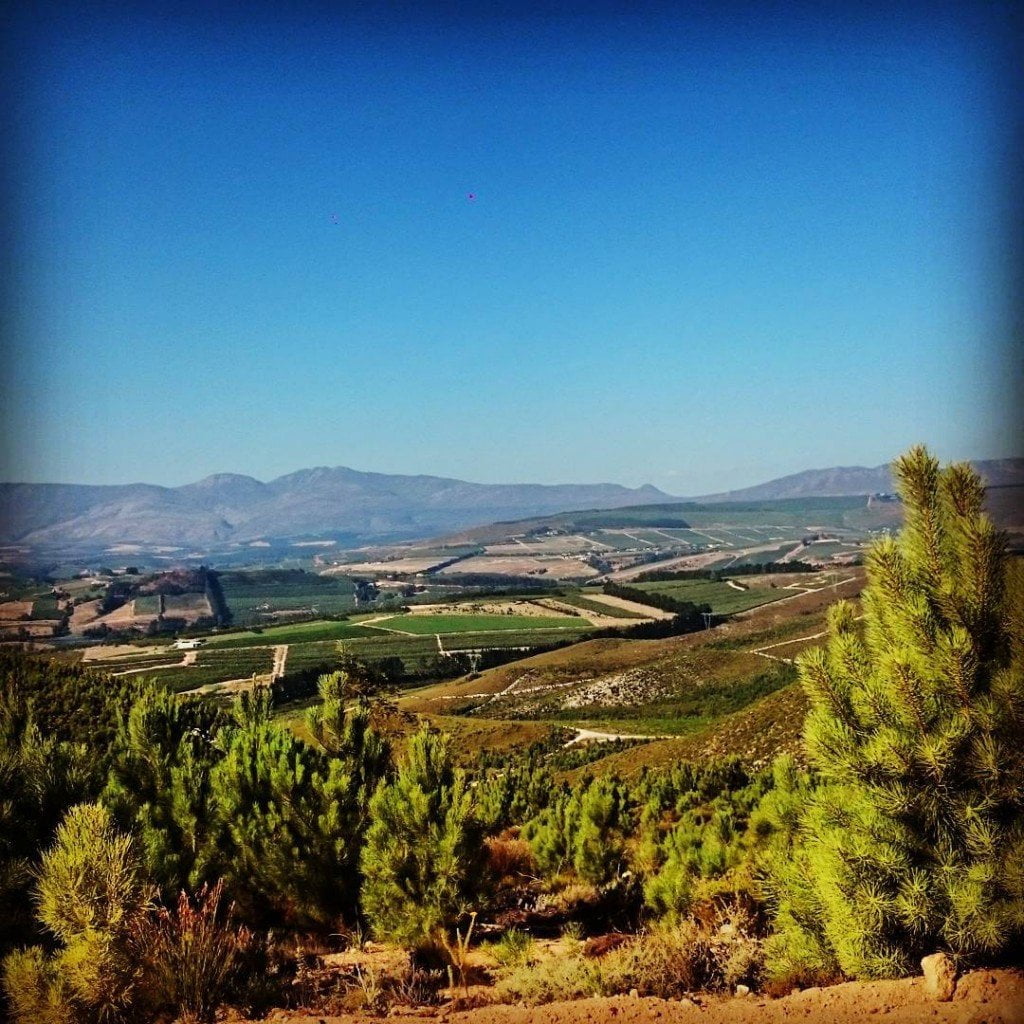 My Goodness. I had no idea that such a place even existed.

But this is Elgin Valley – apple country. Sadly, all too often only observed through the car windows of those flying by, off to the more established tourist areas out East. Look at what we’re missing. We visited the other side of the N2 when we went quad biking just before Christmas, but that was Grabouw – much more rugged and piney. Nowhere near as lush and green as this little oasis.

It’s only an hour out from Cape Town as well, so I can definitely see some more research being done, and a decent day spent out exploring this place this year. I like apples.

UPDATE: Here’s a full guide to the Highlands Pass.