If you’re from these parts, you’ll have no doubt seen the Cape Party’s election boards on streetlights all over Cape Town. They got them up early, presumably to catch those voters who, rather than making their decisions on party policies, manifestos and the like, thought “I know, I’ll vote for the first party whose election boards I see on the streetlights on my way home this evening.”
It’s like taxi companies who try to be first in the Yellow Pages by calling themselves “A1 Taxis” or “AAA Cars” in the hope that you’ll pick them because they are top of the list. I have a deep mistrust of these companies – what are they trying to hide? Would booking with a taxi company with a name beginning further down the alphabet really be a worse option for my travelling requirements? Why?

So why should we be bothered about them at all? Well, the Cape Party wants the Cape Provinces to become independent, becoming a new country: The Cape Republic.

The Cape Party will return the Cape to its rightful independence and once and for all bring an end to the racism and oppression suffered under this colonial Union.

Which sounds “ok”, I guess.
And their manifesto lists several reasons why this would work, including some recent “successful examples”:

…we have a long history of not being a part of South Africa. Many people believe that South Africa has passed the tipping point and that Independence for the Cape is the only viable solution.
Successful examples:  former USSR (15 countries), Yugoslavia (7 Countries), Czechoslavakia [sic] (2 countries) and the peaceful secession of South Sudan only a month ago.

They do seem to be ignoring conflicts in Georgia, the ongoing crisis in Chechnya and the tiny, almost insignificant Yugoslav wars of the 1990s (conservative estimates of 120,000 deaths). There was violence before, during and after the Sudanese referendum.
Dividing up Czechoslovakia seemed to go quite well though. Let’s hope that the Cape can follow that road to independent governance rather than any of those other “successful” examples, hey?

But their blatant glossing over of the truth behind what actually happened when those countries went their separate ways is not my real issue with these guys: after all, the definition of success is subjective. My real problem is the fact that they are secretly trying to turn the Cape into France. Check the party emblem and compare the shape of the new Cape Republic to… France: 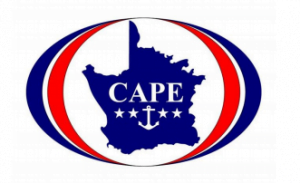 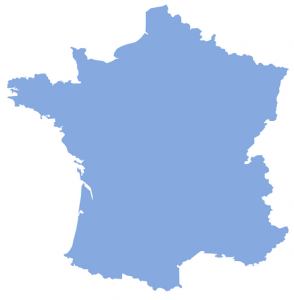 The Cape Party manifesto ends with this quote from Mahatma Ghandi:

Look, I’m already well into stage two, but more fool them for revealing their modus operandi as I have no plans to go any further, breaking the chain and thus ruining any chances of them winning anything ever.
And that is a good thing, because turning into France is no decent future for us.
Or anyone else for that matter.

Good People of the Cape, while it may improve the overall quality of the cuisine in this corner of Africa, this is scant reward for the annoying accents, dismissive arrogance, constant and overwhelming scent of garlic and terrifyingly bizarre toilet habits which we will be forced to endure if the Cape Party ever get their way for this little bit of Europe. You have been warned.

Those of you in South Africa will be well accustomed to the use of music in politics. So much of the African culture revolves around music and dance, that no decent South African political rally is complete without the obligatory traditional songs and dancing.
But music has also been used in politics in the UK too. Remember back in 1997, when Labour swept to power, D:Ream’s Things Can Only Get Better was their victory song. 12 years on, some might disagree with that sentiment.

The big difference of course, is that here, the politicians join in with the singing.
In fact, Jacob Zuma (our President-in-waiting) even has his own much-discussed theme song, Umshini wami. And he’s got quite a voice on him:

But things are changing. Perhaps having seen the success of JZ and eager to have about 30 million voters giving him their X, North Hertfordshire Council hopeful, the Liberal Democrats’ Allan Witherick has come up with his rap “Six to Fix”, malaigning the shortfalls of the current Conservative council.

I would ask you to compare the passion, the performance and the personalities of JZ and Allan. I would also ask you to ensure that you don’t have anything in your mouth as you click on the video below, as you may be in danger of
choking.

UPDATE: Allan has made his video private. If you’re watching it, you’re a friend of Allan. Just saying.
Fortunately, I’ve found a copy for you here.

Yes, “that, my friends is our six to fix in a funky mix with a little bit of flair”.

I’m glad he finished off by telling us that. I had completely missed the funk and the flair was sadly drowned out by he sound of my sides splitting.
Probably best we leave the music to JZ, hey?