Yes, the entire Isle of Man. All of it.

Unesco, the United Nations’ cultural body, has designated the entire island a protected biosphere nature reserve thanks to its stunning beauty, wildlife and sea creatures.

The self-governing British Crown dependency was one of 20 new sites added to the world biosphere reserve network, joining 11 other locations in the UK as ‘special places for people and nature’.

Crappy puff piece from a crappy newspaper, but probably worth a visit just for the photos. 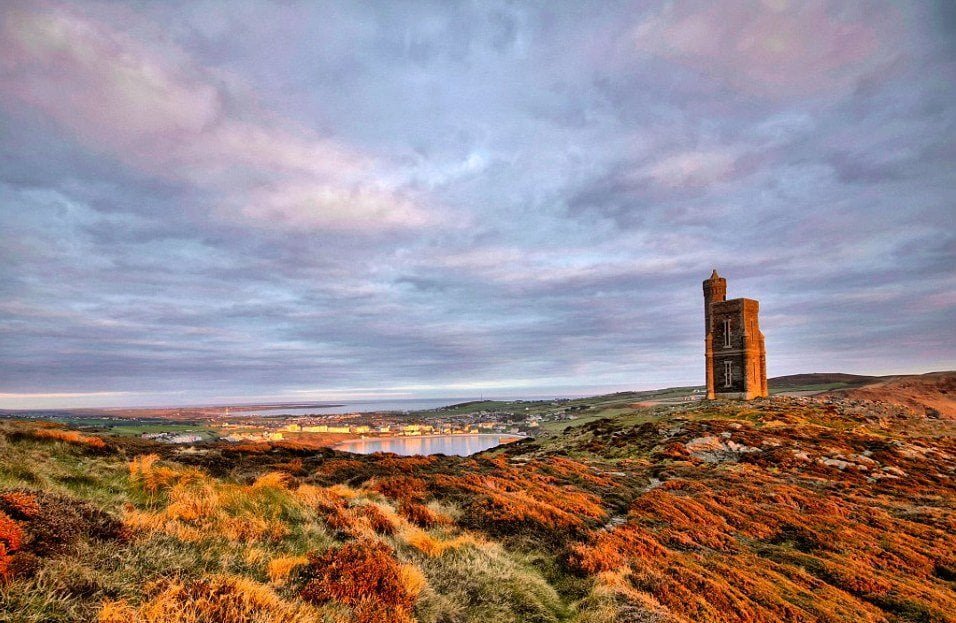 Much like Cape Town, it’s not hard to take amazing photos of the Isle of Man, simply because it’s an amazing place. If you want to avoid the Daily Mail (and who wouldn’t with comments like this?):

The UN wants the whole world. Looks like they’ve started with the whole Isle of Man.

then you could just do an google image search.

…where have you gone?

It’s been a while since I’ve listened to Keane’s Hopes And Fears, but it will always remind me of my… our… honeymoon. I bought an iPod (my first; still got it) about the time of the wedding, but given the hectic business around those matrimonial times, I only managed to load one album onto it before we left. Hopes And Fears was that album: rather apt for a *cough* young couple heading off into the trials and tribulations of married life together.

Thus, this is the first track I ever played on an iPod:

So, while Tom and his chums may be taxiing to their secret streamside woodland hideout, while you may be staring at your computer screen, I am currently (mentally, at least) lying on a beach on an island just off the coast of Mozambique.

Where exactly? Somewhere only I know. Lol.

Meanwhile, in tenuous link central, you may have recently heard the cover version of this song for the John Lewis Christmas ad. That was done by Lily Allen and she – according to the Daily Mail – has brought her “svelte figure” in a “lime green floral halterneck bikini top” to the “breathtaking scenery” of South Africa’s “stunning wine lands.”

She even posted a picture of herself with a big steak and a pair of braai tongs!

The weird thing is, it’s a really SA-positive article, despite being in the Daily Mail, with loads of nice words and lovely pictures.

I know, I’m confused too.

Much excitement on Social Media over the weekend as #Underdog, the canine found alive at the bottom of Kimberley’s ‘Big Hole’  (the town in the Northern Cape, not the chick on Sea Point Main Road), which was kept alive for several days by tourists throwing it scraps of food, was rescued.
Viva ER24, Viva!

The Big Hole is the largest man-made (hand dug, no machinery involved) hole in the world. It’s more than 50 storeys deep.
Cape Town’s shiny new Portside building would comfortably disappear into it, with height to spare.
It took 50,000 men 42 years to excavate. 22 million tonnes of earth was removed.

Anyway, news of the heart-warming rescue has spread to the UK and to the Daily Mail, who did a lovely piece on it.

And it was there that we find this comment:

And then there was John’s reply:

Now I’m off to wash my hands, having had to link to “that newspaper”.

TIL (yes, belatedly) that Paul Dacre is the Chairman of the UK Press Complaints Commission’s ‘Editors’ Code of Practice Committee’:

If you needed proof of the Press Complaints Commission’s utter irrelevance: Paul Dacre is Chair of its ‘Editors’ Code of Practice Committee’.

Paul Dacre also happens to be the editor of the Daily Mail. This is akin to appointing Hitler as Chairman of the ‘Jewish Wellbeing Society’ or installing some Bears as joint trustees of the ‘Keeping The Woods Clean Panel’.

What a joke. Self regulation se ma se ****.
(did you see how I almost semi-ironically self regulated my language there?)

Two tumblrs for you to enjoy today. And while you enjoy them, it’s probably worth remembering that if I had a tumblr, you wouldn’t have to wade through all this verbosity each day. But I don’t. So you do.

First up, Hear Me Wail, which reminds me in no small part of Angry People In Local Newspapers. But this far more specific, this is Daily Mail linked, and features images of sad people together with the things that made them sad.
For example, can anyone guess what incident might have occurred here? 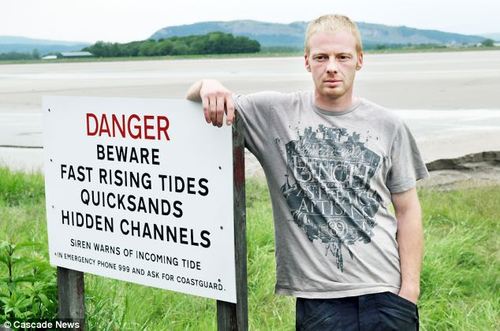 It’s not what you think. No, actually, it is what you think (Trigger Warning if you’ve ever been trapped waist deep in quicksand, just yards from the shore).

Someone should have put a sign up. That would surely have helped.

The second tumblr is far deeper. ThisCharmingCharlie is simply brilliant at any level. If you;re a fan of The Smiths or the Peanuts comic strip, it’s even better. If you’re a fan of both, you have just found tumblr Nirvana. Somehow, combining Morrissey’s lyrics with Charles M. Schulz’s characters just works. 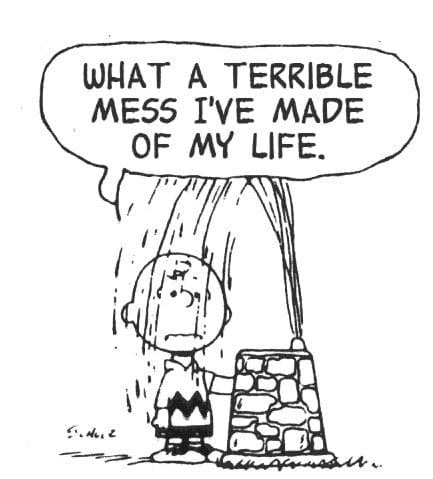 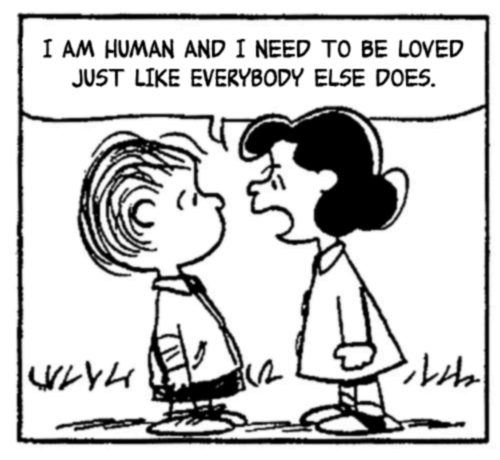 While the angst and the powerful messages were always clearly evident in The Smiths’ songs, one had to delve more deeply, past the superficial humour, to understand what Schultz was trying to get across. And although many of the Peanuts characters are featured on the blog, the parallels between The Smiths music and the misunderstood, depressed Charlie Brown is clear to see.

Cleverly done.
I’m now thinking of trying the same with Wacky Races’ Dick Dastardly and the fire-fueled lyrics of Slipknot. It just might work!