After American rockers 30 Seconds To Mars postponed their South African concerts from June until November, many of us thought that the 163 day delay was quite enough.

Computicket – specifically “Racine Jardine | Cancelled Events” (shame – how rubbish must her job be? Why not just promote her to ‘Harbinger of Shattered Dreams’?) – have been in touch with more distressing news for 30STM fans:

Should you require any further information please do not hesitate to contact us at 0861 915 8000.

Yes. You read correctly. There will be another 30 minute delay (on top of the 234,720 minutes we’ve already had to wait) until we get so see Jared et al. on stage in Cape Town. And that half hour was deemed worth an email and an SMS to each and every ticket holder.

Well, thanks for telling us, but I’ve yet to see a band appear on stage at their appointed time anyway, so now I’m expecting them to turn up at 8ish. In the meantime, I guess I’ll just have to grab another couple of pre-performance beers.

News24 reports that it is because of a “private medical issue”.

There’s nothing on the band’s page about this yet. The Cape Town concert was to be the opening of a 69 concert tour, taking in Europe, North and South America. That tour was due to end on October 24th. It’s not yet clear how many of these concerts will be postponed as well.

It’s the 80’s Rewind show at Grand West this evening and I’m looking forward to it.

International 80`s Artists LIVE in Cape Town for ONE night only. RICK ASTLEY, BELINDA CARLISLE, ABC, IMAGINATION featuring LEEE JOHN, NIK KERSHAW and TONY HADLEY from SPANDAU BALLET will mesmerise you with all of their greatest hits like “NEVER GONNA GIVE YOU UP”,”HEAVEN IS A PLACE ON EARTH”, “LOOK OF LOVE”, “JUST AN ILLUSION”,”WOULDN`T IT BE GOOD” and “TRUE” to name but a few.

Those bit in CAPITALS were Computicket’s IDEA.

I’ve been doing some rudimentary calculations and those six acts have a average age of 51, Rick Astley being the only one below 50 years old (actually the only one below 52 years old). And while I’ll enjoy reliving my misspent youth with most of them, I’m most looking forward to Sheffield’s own ABC – in the form of Stockport-born lead singer Martin Fry.

1982, hey? Yep, that’s 30 (thirty) years ago. Eina.
Let’s hope he lip-syncs a little better than that this evening, although that outfit must have been very distracting for him.

Many people have mocked me over my attendance at this event this evening, and that has really hurt, because it concerns me deeply what you think about what music I liked when I was nine.
As Martin repeatedly states:

Who broke my heart? You did. You did.

This has, however, made me wonder if we’ll be doing these sort of  “rewind concerts” for Justin Bieber, Lady Gaga and the like in 30 years time. I’m tempted to say no, but then if you’d asked me the same question in 1982, I’d probably have said no too.

Either way, expect some sort of review tomorrow or in 30 years time.

No huge fanfares here, this app does exactly what you would expect it to do. And that’s cool because the computicket website is a pain to use on a handheld device.
With this, you can browse listings and events and check seating plans before buying your tickets via their secure server. All very nice, very smooth, very user friendly.

Will it crash on the mornings when tickets for big events like Coldplay and U2 are released? 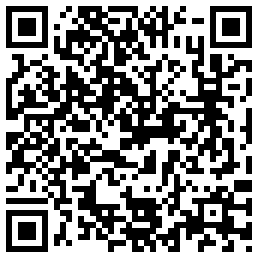 Actually… not really. I just made that up.

http://www.computicket.com/web/event/the_killers/24564408
(this page is a little dodgy on availability as Computicket decide on whether or not the gig is actually happening)