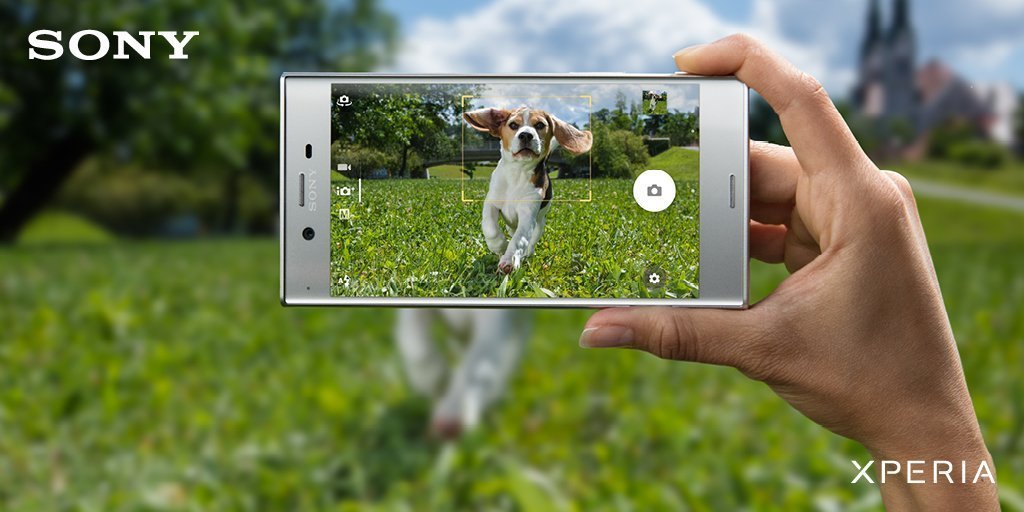 There were seventeen different kinds of uproar last week at the State of the Nation address when journalists sent to cover the event noticed that they were unable to use mobile communication to file their reports on JZ’s evasiveness and parliament’s generally appalling misbehaviour.

They blamed a device found near the media gallery: 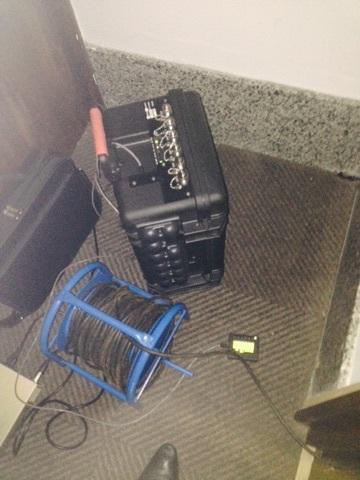 …which obviously, no-one knows who put there. Although my money is on the man with the pointy shoes.

And yes, it turns out that this is what a (military strength) cellphone jammer looks like. But how does a cellphone jammer work? Well, given the high tech world we live in, it’s actually surprisingly crude.

Basically, it’s the airwave version of a Denial-of-Service Attack in that it doesn’t do anything other than flood the frequency which cellphones use to talk to the nearest tower with signal, thus preventing any mobile device from accessing the network. I’m guessing that it’s like the illegal version of what happens when you try to send a tweet from a concert. (Which you shouldn’t be doing anyway, you went there for the music, right?) Simply too many signals competing to try and latch onto one tower – except in this case, the vast majority of them are artificially generated.

Cellphones use two different frequencies to send and receive information, but if even one of them is jammed, then the device is fooled into thinking that it can’t get through at all. But fancy jammers like this one can block lots of different frequencies at the same time – just in case you think you have some alternative means of accessing the network.

If your cellphone is being jammed, the likelihood is that you won’t find it suspicious – it’ll just be like you’re in an area with no signal – we’ve all been there:

Yeah, I think we got cut off
Yeah, I got crap reception in my house
I have to stand in a certain spot in my kitchen or it cuts out

Such a Twat, The Streets

It was only because there were large numbers of people in a small area struggling to get any reception on Thursday that it became obvious that something a bit sinister was going on.

Depending on how strong the jammer jamming your phone is, you might only have to walk a few steps away to regain a signal. But with a big one like the one above, and with everyone in a defined space (the Parliament building), the only way to #bringbackthesignal was for somebody to switch the big box (which no-one knows who put there) off.

Once that brief hiccup was dealt with, we could get on with the rest of the circus, and deal with the hangover and recriminations of media freedom denied for weeks and months to come.

As spotted on the way to the beach this morning: 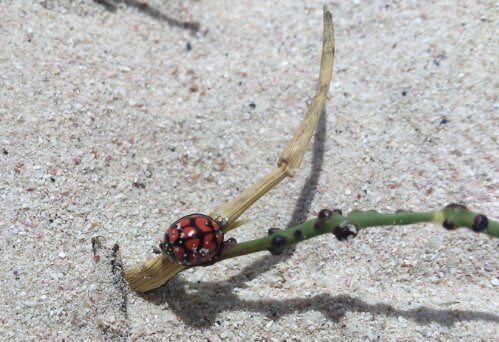 I’m quite impressed with the way the camera on my Sony phone managed this shot.
It also makes phone calls and you can blog on it too. (The phone, not the ladybird.)

I have no idea if this is a good idea, but it looks like a good idea and it sounds like a good idea. Perhaps someone with some degree of technical knowledge in this field could point out the pros, cons or (if required) the fact that it’s really obviously fatally flawed from the off?

The first main problem that I can see is that I’d obviously want the best camera, memory, processor and battery. Who wouldn’t?
And that’s surely not going to fit in my pocket. Which means compromise, which means lack of fulfillment, which means widespread disappointment and resentment, which means I’d hate my Phoneblok phone from the off and want an Xperia Z1, like I do now.

That’s because I’m using my last R4 of Vodacom airtime to post this. Tomorrow, back in range, I shall revert to my MTN SIM and contract cellphone usage.
And then, tomorrow evening, back in Cape Town, I shall revert to the wonder of broadband internet.
Who ever said that this place wasn’t civilised? (Although if you could safely drink the tap water, it would help)