My image of Crosspool is the photo for August on the 2019 Crosspool calendar: 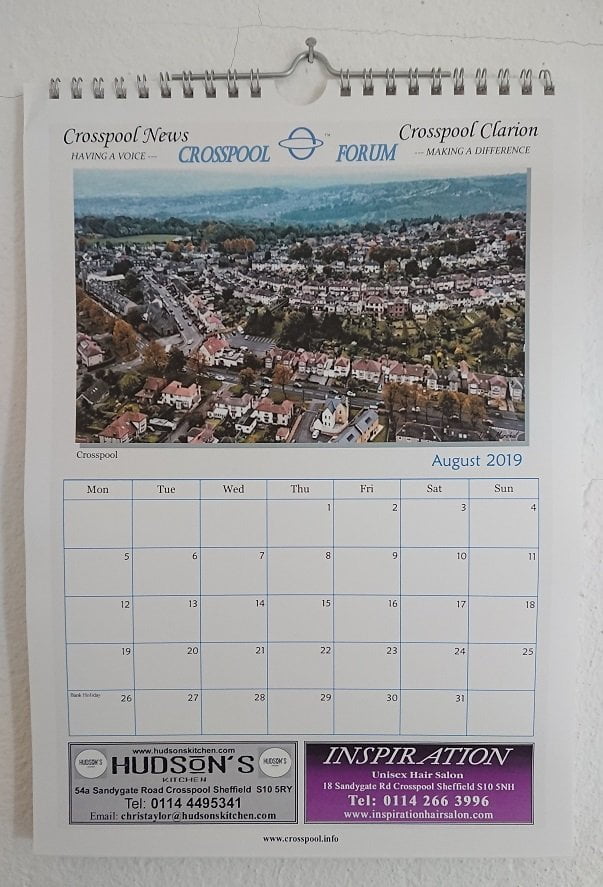 Look at that glorious curve on Ringstead Avenue. Just look at it!

And so yes, these ARE the dates you are looking for:

Ticket prices vary, but are mostly are mostly R80 or R110 for kids (6-21 years old, with ID) and R110 or R150 for adults.
Exceptions are the New Years Eve special (R330pp) and The Parlotones, who have to charge a bit more than everyone else because they have their massive egos to service (R140-R175).

As ever, book soon or miss out.

Ocsober started out as an Australian fundraising initiative, raising money for educational charities by asking people to abstain from drinking alcohol during the month of October. It’s been going for more than 30 years now, but it’s only this year that it’s caught on in SA, thanks to 5fm’s morning DJ, Gareth Cliff.

Of course, this idea of raising awareness for any given month and having a play on words as its title is not unfamiliar to us, as we have had to suffer the outrageous slings and arrows of Movember for several years now in order to promote men’s health awareness.

It got me thinking – why have only a couple of months been used in this way?
After all, we’ve got twelve to choose from. So it’s surely only a matter of time until each of the months get utilised by some company or organisation or other in support of their business or cause?

With that in mind, here’s a (mostly) fictitious glimpse into what we could be experiencing in the very near future, as we’re all encouraged to do silly things for a few weeks at a time:

Febumarry – A 28 (or 29) day period in which you are encouraged to hastily and thoughtlessly get hitched, thus wholly devaluing the act of marriage.

Parch – Avoid all liquids for 31 days for no apparent reason. Die.

Graypril – There’s possibly far too much colour in your life and this could be adversely affecting your health in some obscure way or other. Use Graypril to remedy the situation by getting rid of brightly coloured items in your home environment and replcing them with depressing, monotone hues.

Gay – Try homosexuality for a month. You might like it!
Or, if you’re already homosexual, go straight for a few weeks. If you’re bisexual, just can just chill.

Prune – 30 days of celebration in honour of the humble partially-dried plum. They make you poo.

Ju-lie – Are you able to tell the truth, the whole truth and nothing but the truth for an entire month? Of course you’re not, and that will mean a hefty donation to a charity each time you tell a porkie.
Politicians are exempt from taking part, for obvious reasons.

Floorgust – The South African Laminate Flooring Association invites you to consider your underfoot requirements this month, with special offers and roadshows at popular flooring retailers and suppliers. Fascinating stuff and probably my favourite commercially hijacked month of the year.

Leptember – The awkward combination of Leprosy and September in which you are encouraged to become infected with M.leprae and lose a digit or limb in sympathy with other leprosy sufferers worldwide.
Motto: “Only by bringing this disease back can we show that it has never really gone away”.

Ocsober – Try to go 31 days without drinking any alcohol, simply to prove you’re not addicted to alcohol. Which you are.

Movember – Don’t shave your upper lip, don’t get prostate cancer (or something).

Beecember – Raising awareness about apiary pollination and honey products, and dispelling the myth that physics shows that bumble bees shouldn’t be able to fly.

I spotted this calendar idea on Kickstater and I think it’s fantastic.

Been there. Done all that. Should have taken photos.

The “World’s Best Father” is Dave Engledow and that cute little lass is Alice Bee, his daughter.

The hilarious photo collection featuring Engledow and his young daughter, Alice Bee, in a series of precarious situations might suggest the exact opposite.

But don’t worry, the Maryland-based photographer says. Alice Bee is always safe and much of the collection is photoshopped.

“When my daughter Alice Bee was born in 2010, I knew that I wanted to document her life creatively and put together a collection of photos that she would treasure as an adult,” Engledow writes.

Engledow has documented his daughter, now 1, in over 56 different situations — none of which are exactly appropriate for an infant.

In one image, she’s seen nibbling on a pack of sparklers. In another, she’s lifting a barbell like a true Olympic champ.

One object, however, always appears in each — a mug boasting the phrase “World’s Best Father.”

You can see Dave’s Facebook page here, his kickstarter page here and see some stuff on flickr here.