Last night was great fun. A few friends round for a braai, several (or more) beers and an awful lot of really good wine. There was much merriment, some really well-cooked fillet and everyone had a really good time.

But partying on a school night? Rookie error.

This morning, as perhaps you may already have imagined, was less good. Mild dehydration coupled with a distinct lack of sleep and sprinkled with a topping of new medical waste disposal guidelines and international conference calls at work.

Never party on a school night. Move either the party or the school.
Because it is plainly clear that you really can’t do both. Not at my age.

The consequences of my foolishness are several-fold:

– I’m really rather grumpy and have shouted at the new medical waste guidelines quite a lot because they are rubbish. (In my defence, they were already rubbish before last night’s shenanigans.)
– I have drunk almost all the coffee in Cape Town. And as any fule kno,  that’s a lot of coffee – mainly because of all the huge coffee plantations and associated agriculture just downstream from the Theewaterskloof Dam.
– I’m almost certainly not going to be able to stay up to watch the Magic of the FA Cup 3rd Round this evening. The Tall Accountant tells me that “Liverpool will clobber them” (“them” being Everton). I’ll just have to find out in the morning.
– It’s gone 4pm and I’ve only just remembered that I have to write a blog post today. Even though I have to write a blog post every day.
– I am tired in all eleven official national languages and I still have 3 pages of technical stuff to read, digest, cogitate and forget. Back to it.

I’m referring to these puppies.

Clean. Odourless. R3.50 per fire. And they will light and stay lit for (a rather exact) 17 minutes. They never fail.

Not a sponsored post. Just a really easy way to light your braai.

One of those days where time just slips by so easily. Visitors, an afternoon chilling in the sun before an evening braai. It’s all good, until you remember that you need to write a blog post.

I hadn’t quite forgotten, honestly. In fact, I was just settling down in front of the fire, under impractical, romantic lantern light, with my first brandy this week (I haven’t been 100%) to pop some words onto the site when the huge beetle hit the back of my neck. And in the shock of that, I did almost forget that you readers deserve some verbiage.

So this is it. I’m sitting in front of a cosy, if now slightly past it, braai fire, the sounds of the South Atlantic and a-ha’s 2010 concert in Oslo vying for my aural attention, and yes, that glass of brandy in my hand, and yes, that beetle on the back of my neck.

I’ll be honest: it’s not a bad situation.

Apart from the beetle, obviously.

What with all the catching up after this week’s Immodium-fest, it came down to a choice between these two behemoths of time-passing enjoyment late this afternoon.
And, sorry for you, reader, I went with the braai. There were guests too, guests who brought potatoes and a cabbage salad: made… with cabbage.
There were anecdotes, there was laughter, there was a disturbing amount of balsamic vinegar in the cabbage salad dressing.

Tomorrow, there will be ample time for blogging, and there are no plans for any alliterative alternative to challenge it for supremacy.

As long as no-one mentions beer, of course.

2016 is the year of simple cooking.
Buy fewer, better quality, ingredients. Did I get the punctuation right there?

I think I did get the punctuation right.

Anyway, to that end, I took the smaller child to the local butcher yesterday morning and we bought some homemade boerewors and a phat chunk of fillet, which I braai’d in the  afternoon. It was eaten with some fresh crusty bread and some green salad. Nowt fancy. 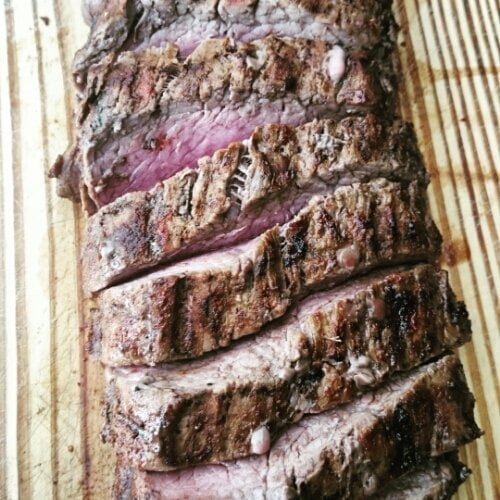 I recognise that Heston Blumenthal is spinning in his grave at the lack of polystyrene candy floss, and he’s not even dead yet, but I’m of the mind that when the food is of a decent quality, it should be allowed to speak for itself.

This, though I say it myself, chatted rather beautifully.