The preamble:
The petrol price in South Africa is regulated by the Department of Energy. That means that wherever you go within your locality, the price you are charged per litre will be the same. The only variation in price is between coastal and inland areas, e.g. Joburg prices are different to Cape Town, because of the additional cost of transporting the fuel from where it’s made/shipped to, to where it’s sold.

The petrol price changes monthly to allow for any increases and decreases in the oil price and variations in the USD/ZAR exchange rate. These changes are announced in the last week of each month and instituted at midnight between the first Tuesday and first Wednesday of the following month. And it’s been good news recently for the South African motorist, thanks to the oil price being in freefall. The price of a litre of Unleaded dropped by 93c at midnight last night from R10.83/l to R9.90/l, and it was for this reason that I didn’t fill up on the way home yesterday.

In which I buy some petrol:
I don’t generally subscribe to the queuing up ahead of a fuel price hike – saving a few cents or a couple of Rand isn’t worth the time, effort and frustration. But when I need lots of petrol, the price is dropping quite a bit in six hours, I can fill up on the way to work and save enough for a six pack of beers, well then it’s the perfect storm of logic, right there.
So I filled up this morning and it was only afterwards that I noticed that I had been charged the old rate.

This shouldn’t have happened. 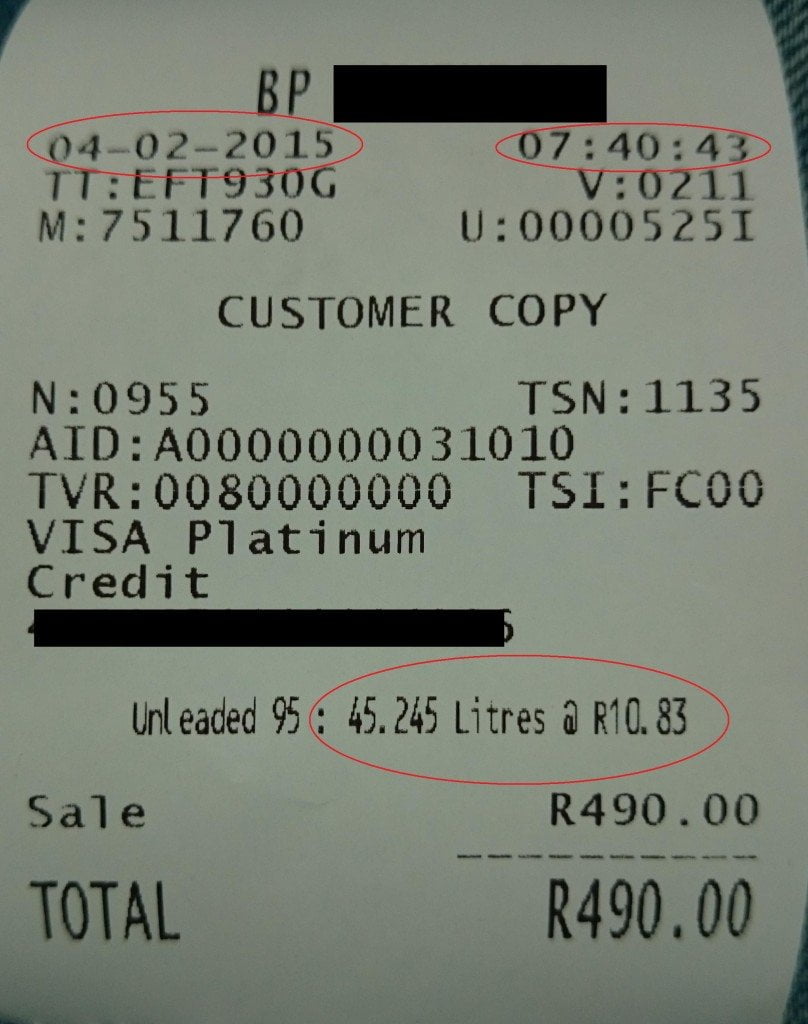 In which I go back the the petrol retailer and ask what’s going on:
I headed back to the garage about 30 minutes later, receipt in hand, to speak to the manager. I had a quick look at the pumps as I walked in and – fair enough – they were showing the new, lower price of R9.90.

The manager was friendly enough. He immediately apologised, told me that there “had been a glitch” and they’d “had to reset the system”. He paid me R44 difference, told me he needed to keep my receipt (conveniently removing any evidence of naughtiness) (apart from the photo I took of it) and we went our separate ways.

I’m not going to name and shame here, because I have no evidence that there was any deliberate wrongdoing here – as I say, it looked like the pumps had been updated in the intervening half hour. (Afterthought: but are the pumps linked to the card machine in any way?)
But then look at it the other way: the garage was packed this morning because of the petrol price drop, and if every motorist there in the first seven and a half hours of today was being overcharged by R44, then someone (spoiler: it’s the garage owner) is making a pretty penny. Or more.

These things happen elsewhere too:

@6000 It’s happened to me before – excuse was that they hadn’t had time to change the pump price.

As I mentioned earlier, I’m not saying there was deliberate dishonesty here, but what I am saying is that – much like every sell by date in SA – you should double check before you assume that you’re getting the right deal. 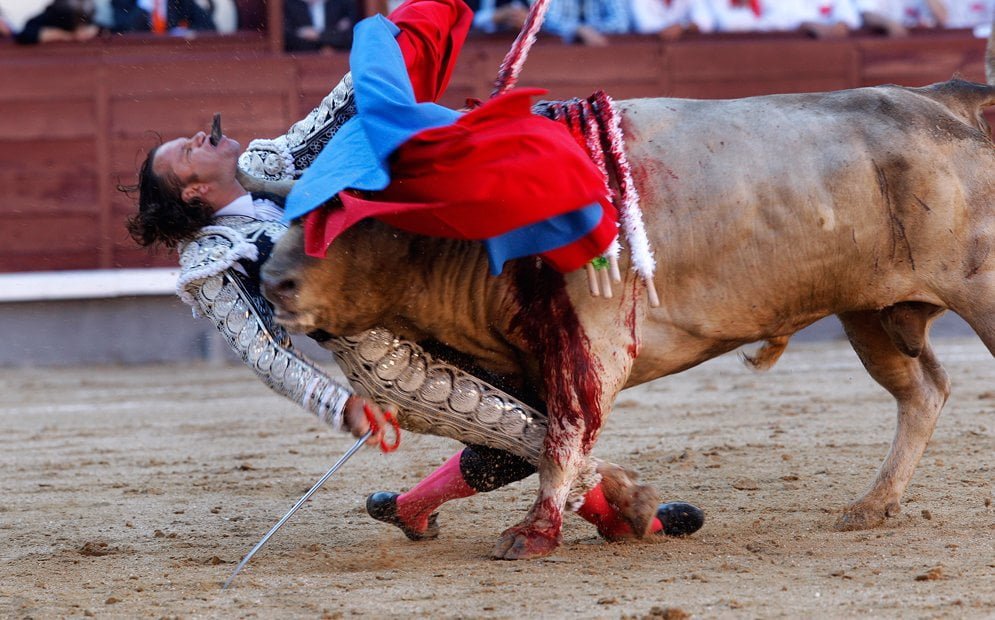