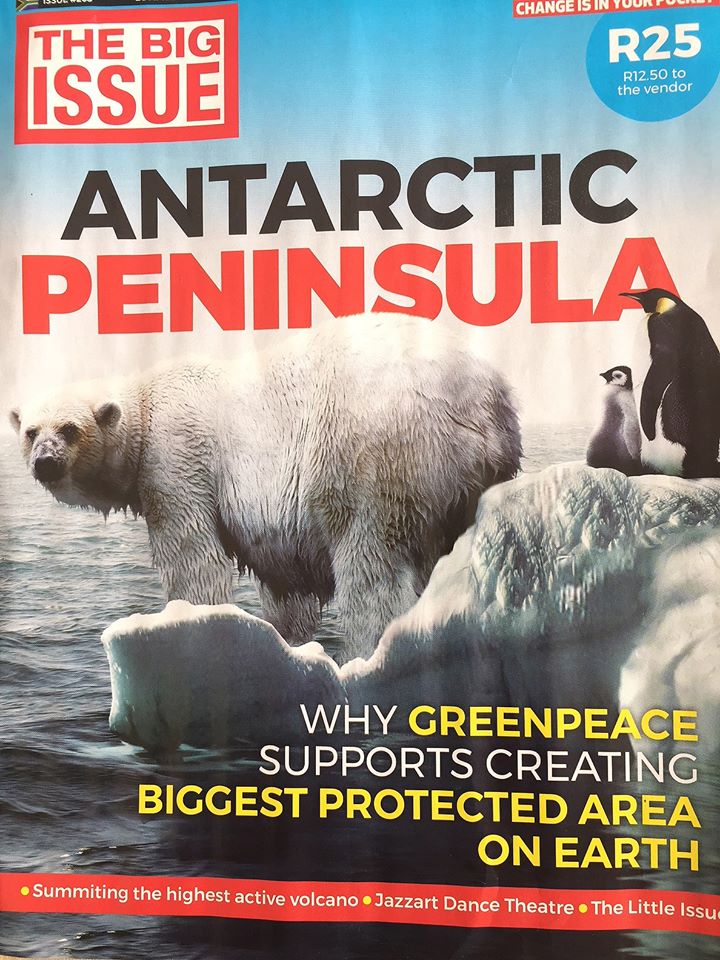 The Big Issue isn’t a magazine that I read very often. Our political standpoints are far from aligned and while I’m obviously aware of the good work that they do in assisting the homeless, I’m rarely interested in the content and politics of their articles.

This month was different, however.  This month featured opposing columns on fracking in the Karoo (see 6000 miles… passim) from rationalist Ivo Vegter and greenie Andreas Spath. Probably nothing they haven’t already shared in tens of thousands of words on the subject online, but you never know. And so I bought, and I made a Big Issue seller smile. Which was nice.

But oh dear. The progressive stance of allowing a pro-fracking column within their esteemed pages was tempered almost completely by the fact that they chose  put it behind this cover: 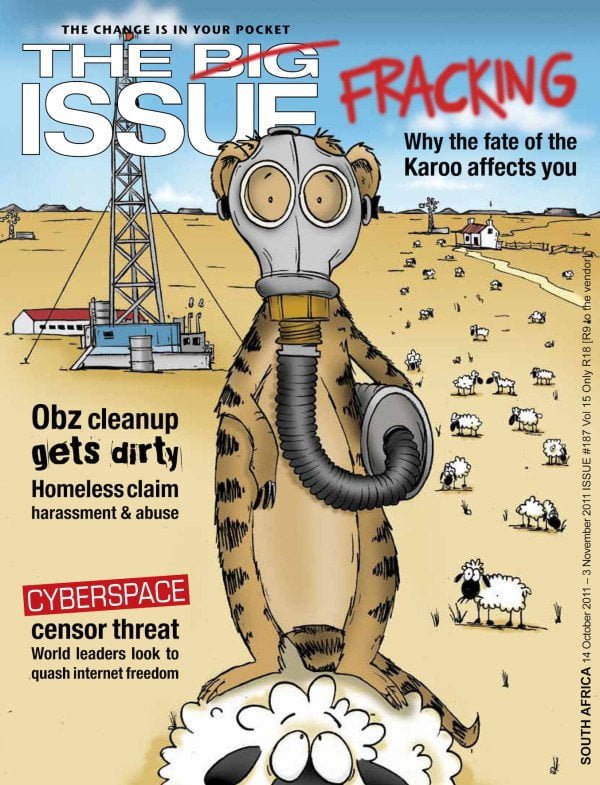 Described by Editor Melany Bendix on their website thus:

The illustrated cover features a gas mask-wearing meerkat and his sheepish friends in an imagined post-fracking Karoo setting. “Although this is, of course, a very serious topic, we decided to go with an illustrated and rather ‘cute’ cover to lighten the topic somewhat”

Some of you who may be inactive on the internet over weekends may have missed the fact that I disagreed, and that I tweeted so over the weekend:

But apparently, I was wrong as I got a reply to my tweet from @BigIssue SA:

Ah – the old “making light of the fracking ‘hysteria'” defence, beautifully employed there. And while I agree that people reading the articles will have the chance to make up their own minds, there will be literally millions of others passing through intersections all over the country who will merely see the word “FRACKING” in glorious red graffiti, together with a meerkat in a gas mask, all set against a “post-fracking Karoo” backdrop, for the next four weeks. It’s pretty impressive propaganda, as far as I’m concerned.

And so, dear readers, I have assembled some of the greatest minds worldwide and I am asking them to apply themselves to this issue (NPI). Those minds are yours, my friends. Is this cover biased or is it merely “making light of the fracking ‘hysteria’?

I’d love to hear your opinions.