Yesterday’s trip (which was to Arniston – and more specifically the cave there) went very well. Thank you for asking.

On the way back, we stopped to take this shot of a local windpump. 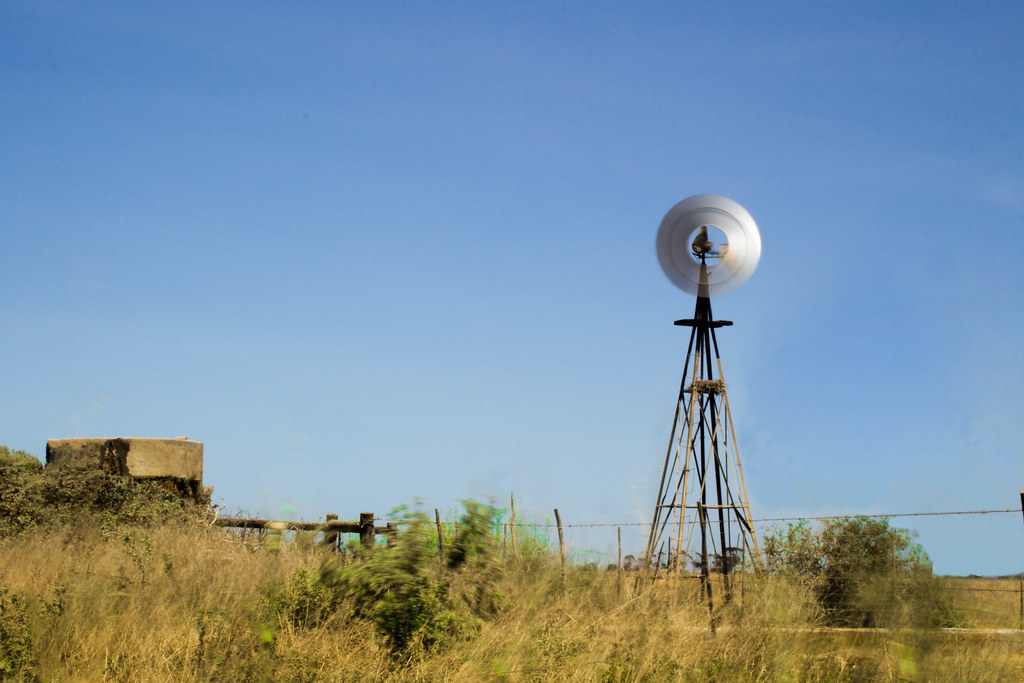 This might not be the best image you’ll ever see of a local windpump, but I like it for a couple of reasons.

Firstly, this was one of the images I had in mind when I bought my new filters for the camera. It’s nice to have got it (and now I have something to improve upon). And secondly, because of reasons, I had to do quite a lot of editing on this image. It’s certainly not perfect (I can see the join marks), but it’s actually pretty good – especially for me. Maybe sometime, I’ll share the unedited version and you can see the improvements. That’s sometime is not today though, because today is about heading home to Cape Town.

More images from the last couple of days here.

The plan was to get home and write something profound. Or at least upload the photos from an excellent long weekend and blog about that.

Put simply, it’s not going to happen. Several kilometres of mountain biking last night and several more of running on lumpy dirt roads this morning have put paid to that. Add the (not unexpected, but nonetheless thoroughly unwelcome) post long weekend traffic heading back into Cape Town from the  Overberg and the return to school tomorrow, and it’s obviously a recipe for an early night. 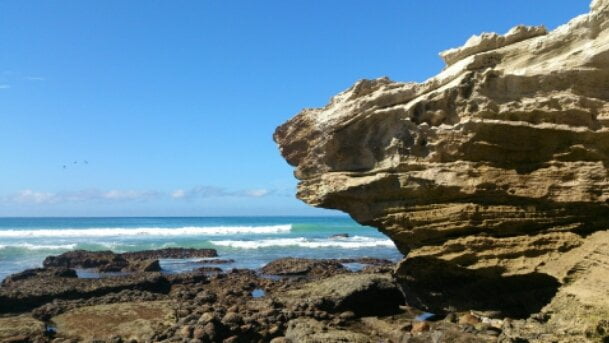 Therefore, please accept this quick QP (#nofilter, baas) of the weathered rocks near Arniston, where we ate oysters, drank wine and flung ourselves at giant beanbags on Saturday, together with the promise of something better tomorrow.
Probably.

Last night’s sunset was unexpectedly beautiful and deserves a quota photo blog post all of it own: 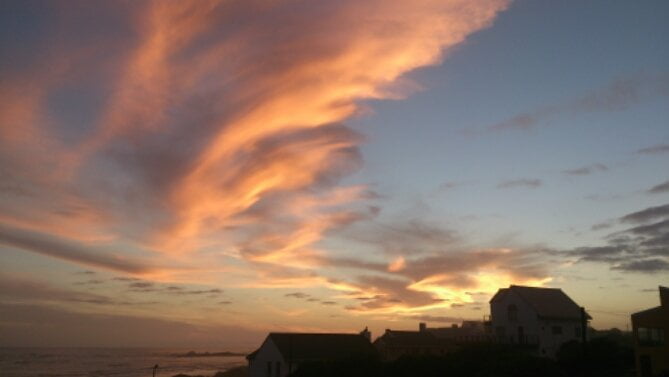 Thankfully, it’s back again today. In the words of The Hitchhikers Guide to the Galaxy :

Today, Arniston; famed for having a cave so big, you can turn a wagon and horses around in it.
Given that its single entrance opens directly onto the sea, I’m mystified as to how they found that out in the first place.

We managed to get the kids round to the cave at Arniston/Waenhuiskrans while we were away.

The cave is huge inside; allegedly, so huge that a wagon with a full span of oxen can turn around in it. But probably only at low tide. The locals therefore named it “Waenhuiskrans” literally meaning “wagon house cliff”. No, I’m not sure how it works either.

That’s the front entrance to the cave there on the right. Most people, including us, slip in through the smaller side entrance.

I’ve played with this photo a little and I really think it brings out the magnificent strata and dramatic shapes of the rock. That could be because I’ve had a few glasses of decent red wine before writing this though.

For the full effect, go big on black here. Wine not included. Sorry.

People keep coming on here and referring to this big storm which swept through the Western Cape last week and should really have ruined our holiday. To be honest, I’m slightly embarrassed to admit that we kinda missed it, leaving us mildly bemused by all the talk of holiday wreckage.
Actually, Arniston was beautiful, sunny and lovely, as this Flickr set will surely testify. Oh sure, it rained and was a bit windy as we drove back to Cape Town, but it really didn’t seem anything too hectic. And it certainly wasn’t anything like the August storm.
So yes, we had a great break. Thanks for asking.

In fact, Friday dawned so beautifully that we felt an assault on the Lion’s Head would be “a good idea”. For those uninitiated in the ways of the Mother City, the Lion’s Head is the (only ever so) slightly smaller lump of rock on the right as you look at the big flat lump of rock.
There’s no cable car here – it’s a tough rocky scramble, scrambling up tough rocks, with your only reward the stunning 360° panoramic views across Table Mountain, Cape Town and the Atlantic Seaboard. It was a hot day and hard work, but at least there were no scorpions in our beds.
Although that was probably mainly due to the lack of beds rather than anything else. Tomorrow, we head inland to Worcester and Goudini Spa, where we will relax, recover and rejuvenate in the more seasonable heatwave predicted towards the end of the week. Tough life, hey?