Check this out (on Dezeen from a while back), via this (also on Dezeen, but much more recently). 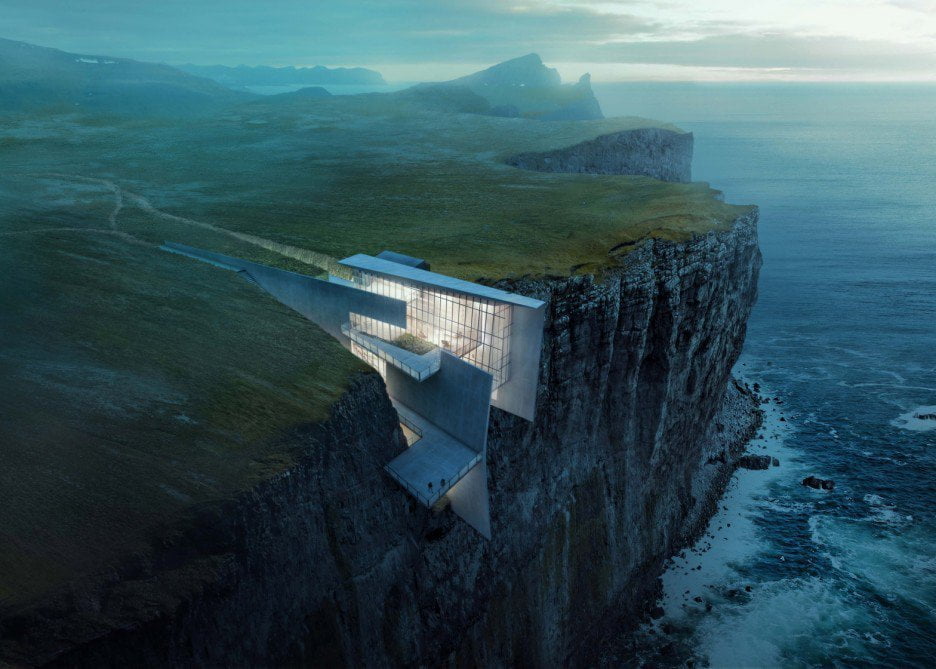 Yep – if you’re going to visualise a conceptual retreat cutting into a remote Icelandic clifftop, then you need to go large or go home. But being an experienced architectural visualiser, Alex Hogrefe has only gone and done both.

Look at it. Just look at it!

And that amazing platform, just several hundred feet above the angry North Atlantic. 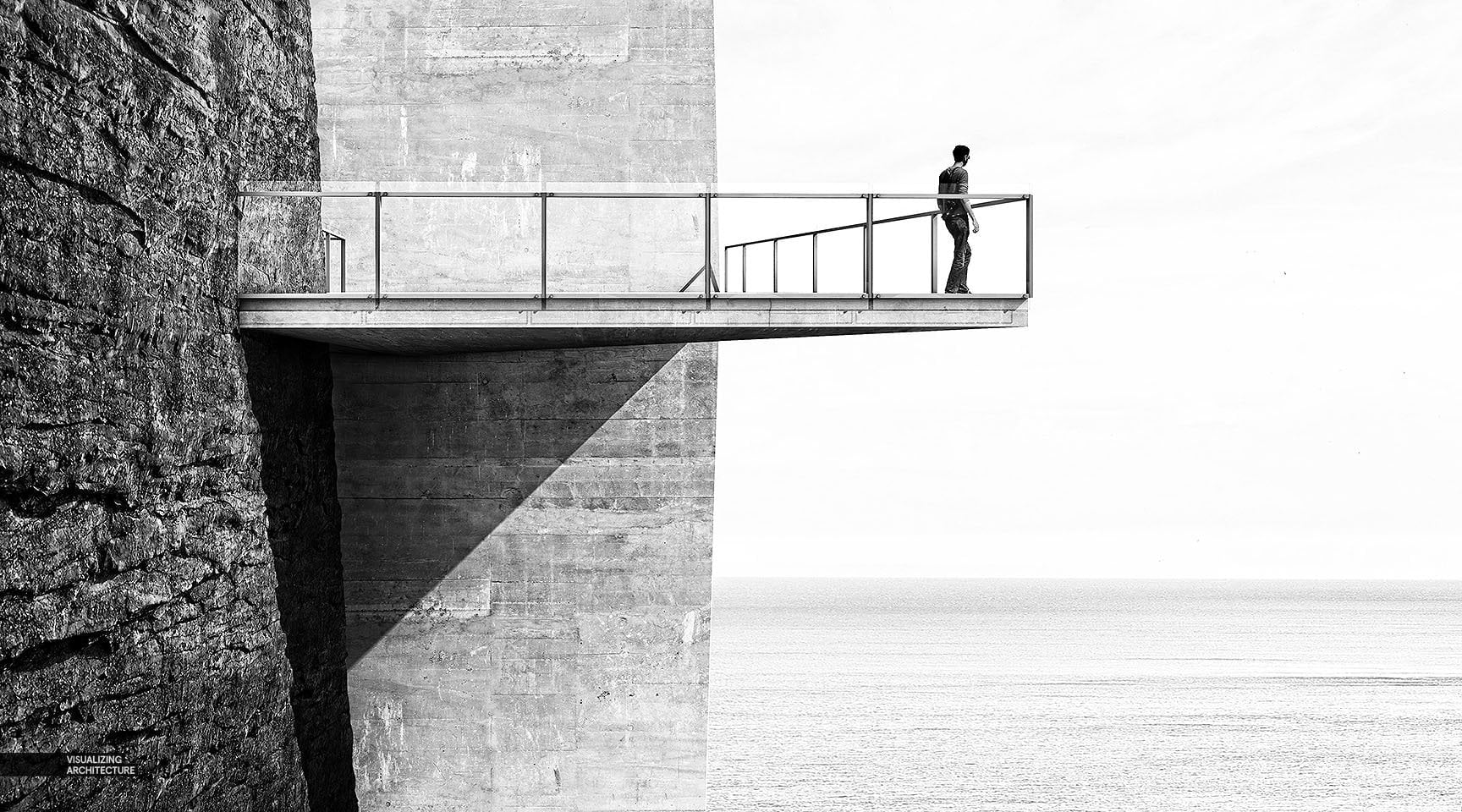 Kids and a beagle, together with the notorious stormy Icelandic winter weather, would probably demand that I visualised a bit more of a fence around the edge, but that’s just details.

See more of the design process on Alex’s personal website.

It’s not practical, but then it’s not meant to be. I love the way that even though this is merely a concept design, Alex has (literally) gone out of the way to find an actual site in which to put it.

I’m now thinking of sticking something similar in Platteklip Gorge on the front of Table Mountain.

Wow. I love this conversion of an old warehouse near Sheffield city centre.

“The upward extension replaces a pitched roof, creating three duplex studio offices within a powder-coated steel volume that both overlaps and bites through the original brick structure. A new restaurant and bar occupies the double-height warehouse space below, where it benefits from light through the original two-storey-high arched windows.” 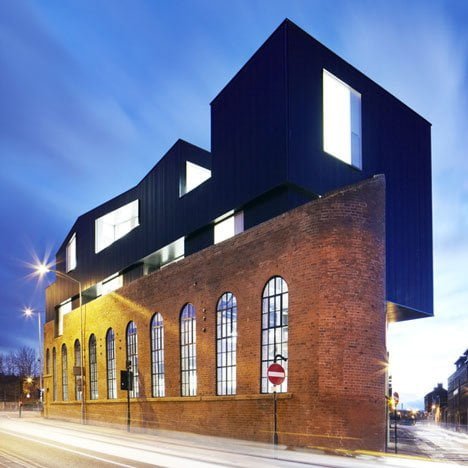 According to the architects: “192 Shoreham Street is a Victorian industrial brick building sited at the edge of the Cultural Industries Quarter Conservation Area of Sheffield. It is not listed but considered locally significant.
The completed development seeks to rehabilitate the once redundant building, celebrate its industrial heritage and make it relevant to its newly vibrant context.” 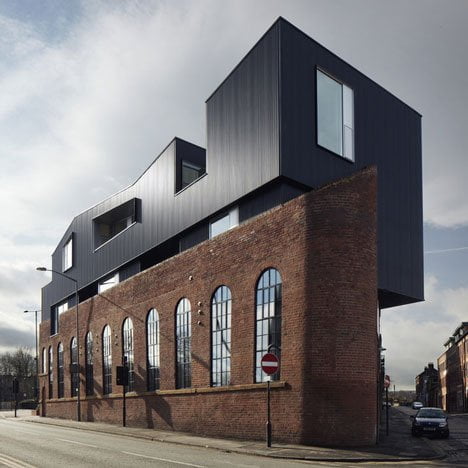 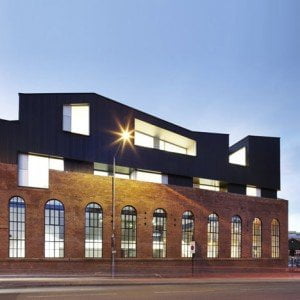 “The brief was to provide mixed use combining a desirable double height restaurant/bar within the original shell (capitalising on the raw industrial character of the existing building) with duplex studio office units above.”

Nicely done. Anything which preserves the industrial heritage of the city while dragging it kicking and screaming into the 21st century is absolutely fine by me.

For years now, those South Africans who can, have taken their money and invested it in often hideous second homes by the sea. Freed from the constraints of day-to-day urban dwelling, they let themselves go in every way, shape and form, resulting in the architectural ruination of towns and villages which have the misfortune to be near a beach. One can see this phenomenon at work in Yzerfontein, in Pringle Bay, in Betty’s Bay, Rooiels, Onrus and Hermanus. When you see the abominations which have sprung up in these places, you are instantly thankful for the draconian planning regulations which are robustly enforced in our cities.

There’s a lot to be said for letting yourself go in a second home. It’s a chance to relax, to unwind, to escape. But rather leave that until after your second home is built. Put in that vulgar bar that your wife won’t let you have at home, drink too much and eat unhealthily every time you go there, but at least wait until the external building work as been completed before “expressing yourself”. Please.

That’s not to say that there aren’t some beautiful second homes out there as well. But you’re going to be hard-pressed to find them amongst the ugly escapism of what apparently passes as good taste for the average South African second home owner. Each to their own, of course, but damn, your own is ugly. Over the next few weeks, I’m going to get some snaps together and show you what I mean.

But in the meantime, here’s one that was made earlier.

This is a recently completed holiday home in Suiderstrand, Western Cape. It’s not my taste, but it’s certainly not as bad as some. However, what the building lacks in character and downright horrendous appearance, it makes up for in the name.

Remember in that first paragraph, where I said that people seemingly found the need to let themselves go rather too much? Well, in my humble opinion, this guy has let himself go way too far. 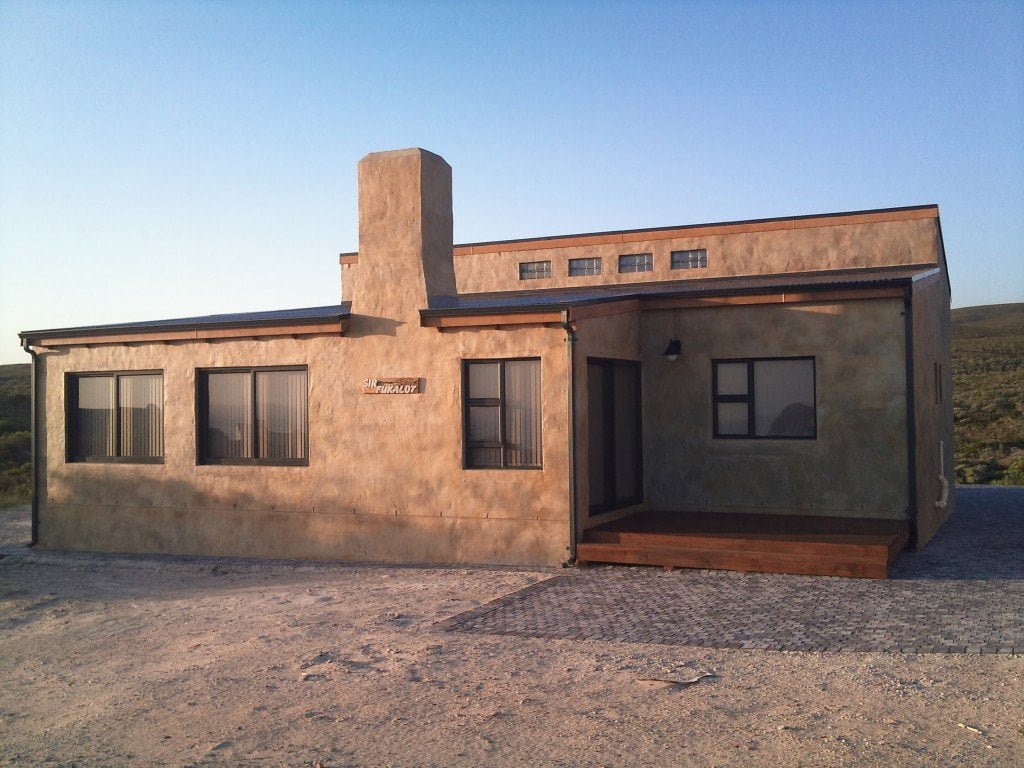 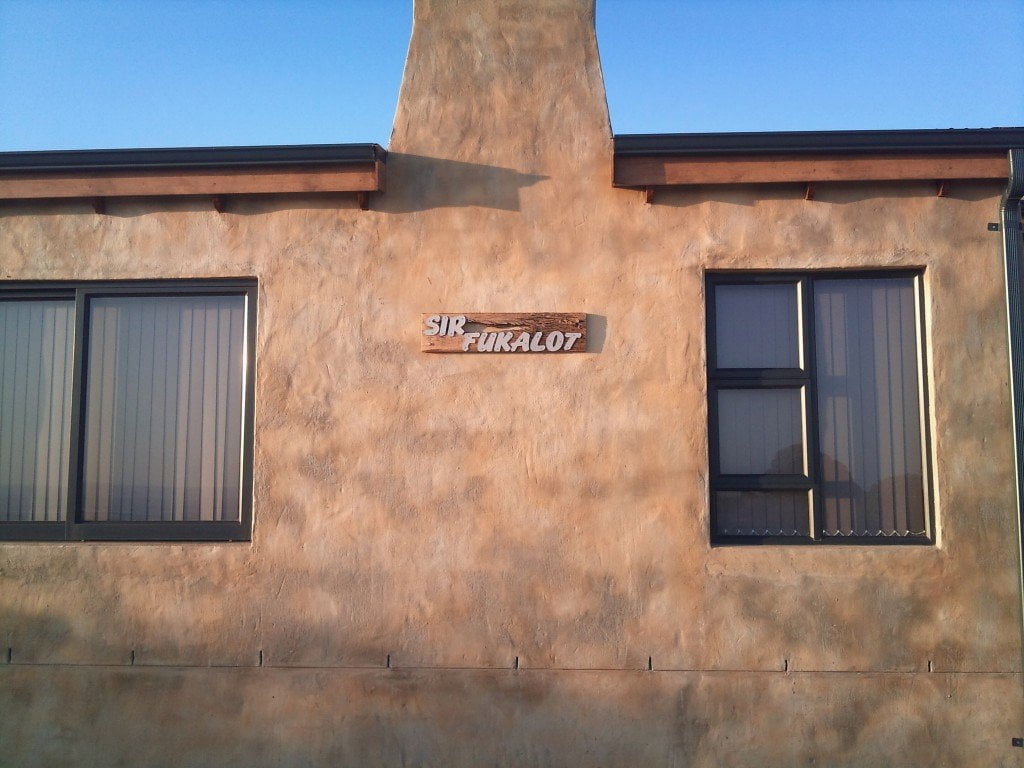 Because yes, the owner of this particular property has chosen to name it “Sir Fukalot”:

When I saw the sign, words failed me and in documenting it here today, words are again failing me.

What do I know? Maybe it’s a big sex advert or something. It can’t be a house name though, can it? Because there are a number of stages that one needs to go through to get a house name plate onto a wall. You have to firstly come up with the name. It’s at this point that I have already failed when it comes to “Sir Fukalot”. I’ve named a website, two kids and a cottage and I think I’ve done ok. And one of the reasons I think I’ve done ok is that none of those four things is called “Sir Fukalot”. Not one.
It’s not something that even crossed my mind when I was considering suitable nomenclature for any of those things. Or anything else, for that matter.

Wife (amazingly) placated and agreeable, you then take your idea to the signmaker. “Hello, Mr Signmaker,” you say. “I’d like you to attach the words “Sir” and “Fukalot” in chromadek to a distressed piece of scaffolding board which I will then have mounted on the outside wall of my holiday home, so that everyone passing will know that the building is henceforth to be known as “Sir Fukalot”?”

To be fair, the signmaker just wants to make some money from the crazy Afrikaner.

And then you have to have the balls to put it up. And to use it in everyday conversation:

“Yes, please deliver the sofa to Sir Fukalot in Suiderstrand.” or
“I’m hoping to leave a bit early on Friday as we’re going to Sir Fukalot for the weekend.”

Although I presume that having gone through the previous steps, these last two won’t present much of an obstacle.

I shall, as promised, document some unfortunate examples of how not to design and name a second home by the seaside in the near future. There may already be a tumblr account set aside for exactly that purpose.
And as I mentioned, there will be plenty of places which are architecturally worse than this one.  But I will struggle to beat “Sir Fukalot”  for sheer brass neck when naming one’s seaside design disaster.