The last day of the school holiday was marked by a visit to the aquarium. The new exhibit, which we had only ever seen unfinished, is amazing. We spent a long while there, just drinking coffee (slush for the kids) and watching the turtles and pilchards doing their thing.

But not tonight. Because a horribly early morning is beckoning tomorrow.

Pretty much immediately after getting home from the sneak peek into the new bit of the aquarium, I headed down to Agulhas for a functional, pre-winter maintenance visit on the cottage. Truth be told, there wasn’t a lot that needed to be done, just really checking up on things. Still, it needed doing.

Before I headed back to Cape Town on Sunday morning, I took a wander along the beach, getting some fresh air in an effort to clear out my still-thick sinuses. I saw birdlife and a fisherman. I took some photos.

It was while I was ‘togging a couple of African Black Oystercatchers at Piet se Punt that I noticed the little fellow stuck upside down in the rocks by my feet. He was flapping feebly. But this was no bird, it was a loggerhead turtle hatchling. Picking him up, I immediately recalled that “a good throw back in” is not the answer. No, the advice should you find a little turtlet [is this right? – Ed.] stranded on the beach in the Western Cape is as follows:

The first thing to do is to remove the turtle from the beach and place it in a dry container where it cannot drown.
Keep it at room temperature to warm up slowly. These turtles are most likely suffering from hypothermia, which makes them weak; in most instances they are so weak that they cannot lift their heads.
Turtles breathe air, just like us, and if a turtle cannot lift its head out of the water, it cannot breathe and will drown.
Call us as soon as you can on 021 418 3823.
Remember to take note of where the animal was found. It will help us if you could let us know the accurate size and species of the turtle. That way, we can prepare a specific rehabilitation tank for it, before it arrives.

I did all of this. Textbook, mate. 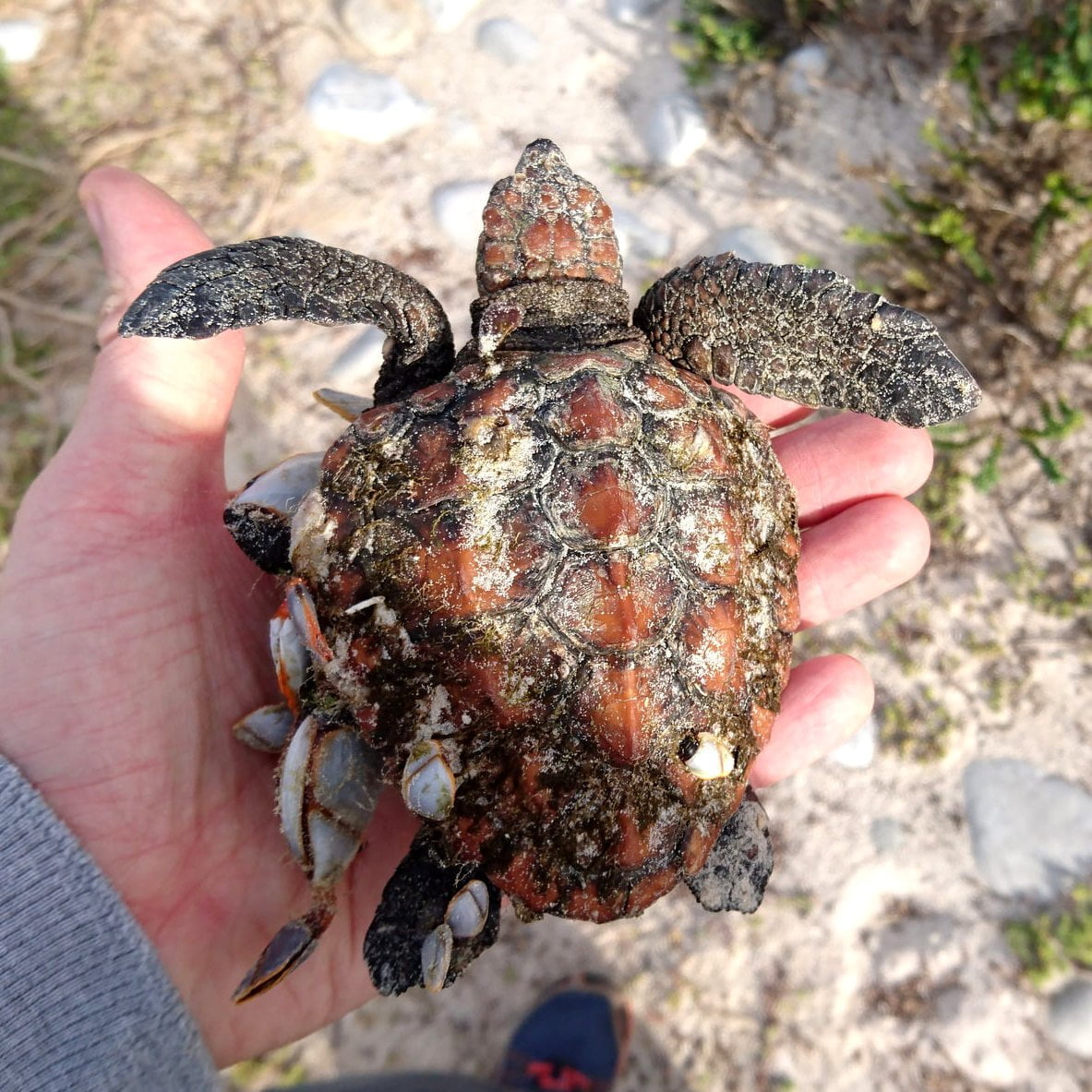 2km back to the cottage, 1 ice cream tub and a 230km journey back to Cape Town, where I met up with two very excited kids, we found ourselves back at the Aquarium, where we handed Houdini (so-called because once warmed up, he mustered enough energy to get out of the tub and escape into the passenger footwell) over to aquarist and all-round turtle-repair specialist Michelle for rehabilitation.

Once he’s fixed up, well fed and a bit bigger, they’ll take him back to the warmer Indian Ocean on the east coast and he’ll be released in Spring/Summer, along with the approximately 200(!) others that they will probably get in during winter. Bearing in mind that loggerheads grow to an average of about 140kg (although the record weight is over 500kg!), that’s a lot of potential turtle to be sending back out into nature.

The kids and I got a sneak peek around the place yesterday (and got to pet a penguin), and while I promised not to spoil any surprises by sharing photos ahead of the big unveiling, suffice to say that the overall effect is quite breathtaking. That 36m² single sheet window is BIG!

The 1.5 million litres of water went in last weekend and it took 3 days to fill, creeping up the walls at 10cm per hour.
It’s already come a long way since our previous visit in February, but there were no animals in there when we went through yesterday: they’re going in on Monday once the sand has properly settled and the water is ready for them.

Thursday is a public holiday and the aquarium opens at 9.30am. Members can get in at 9am (by prior arrangement), but I’d fully advise you getting down there asap to be one of the first to see the incredible new entrance into the new exhibit (can’t say what it is, except ‘unique’) and the stunning new tank.

The kids have been pretty brilliant just lately. They were good while we were away in Norway, they’ve been attentive at school and come home with certificates, their homework has been done without argument. It’s been odd. Odd, but good.

Time for some sort of reward.

To the Waterfront, then. Sushi, boerie rolls, slush and waffles, together with a trip to the Aquarium seemed to do the trick. 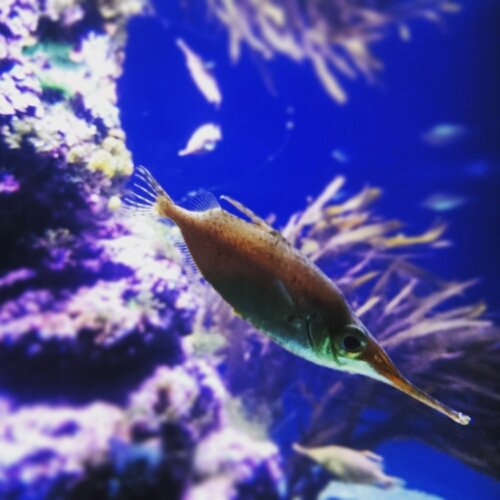 We did a Behind The Scenes tour at the aquarium today. Regular readers will recall that we have done this before. Well, this morning, we did it again. 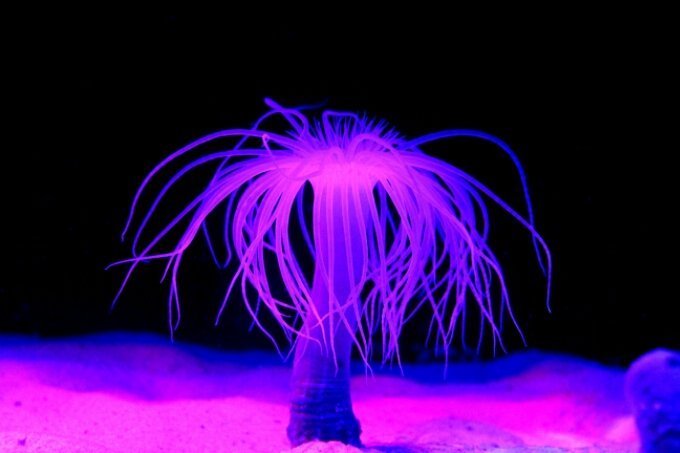 This was a photo I took before the tour – it’s a Tube Anenome. The photos from the actual tour, which was excellent and included a quick view into the new (but currently empty) 1,500,000 litre exhibit, will follow in due course.

UPDATE: As promised, here they are.