It’s nearly the end of July, and that means that it’ll soon be August. After that… [double checks] yes, September.

So what? This happens every year, right?

Well, yes it does, but September 1st is unofficially known as Spring Day in South Africa, bringing with it… well… Spring. Not really Spring, but unofficially Spring. Springy enough not to be Winter anymore. Unofficially, at least.

That also happens every year, but given that we’re basically 5 weeks away from it (and therefore 5 weeks away from what is unofficially the end of the rainy season), and our dams are still looking emptier than an ANC promise, we really should be well into full panic mode by now. Especially given that the medium term forecast for the next fortnight (making up, as it does, 40% of that 5 week period) shows no sign of significant rainfall for the Western Cape. 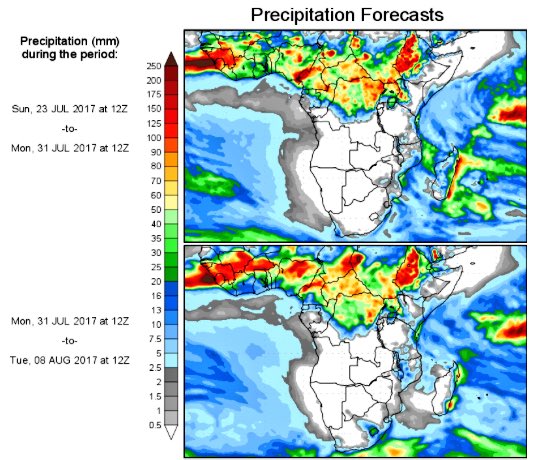 There’s enough publicity about this situation on the TV, the internet (not least this damned blog), the radio and everywhere else for everyone in Cape Town to understand the gravity of the situation. But given that we’re apparently still paying no attention and not saving nearly enough of the wet stuff, I’ve now come to the conclusion that a lot of the locals simply don’t care.

I wonder how they’ll feel in 6 months time?