This is cool. Of course it is, it’s glow in the dark clouds, for goodness’ sake!

The technical name for this phenomenon is noctilucent clouds and they’re not unheard of – they were first described way back in 1885. Because they exist at far higher altitudes than our normal clouds, they can continue to reflect the sun’s light, even after dark: 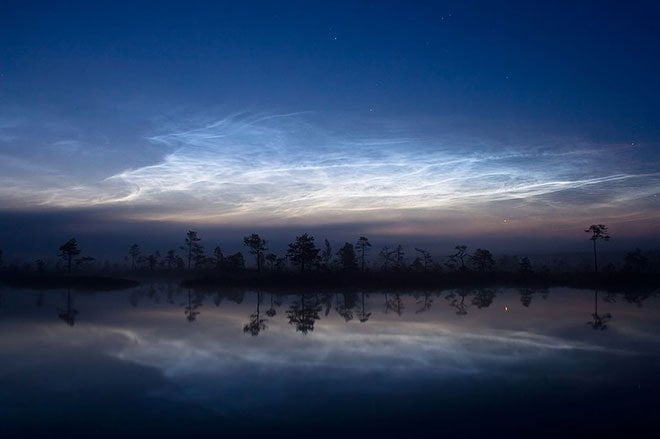 Previously, they have only been seen at extreme Northern altitudes, but more recently, they have been observed more and more regularly and further and further south (not quite as far down as Cape Town though).
Scientists are a bit confused as to why this is, but they are pointing towards higher methane concentrations in the atmosphere, which is then oxidised into water vapour, which then forms these clouds.

At least they’re prettier than a Greenpeace demo.