It was a cool morning. Not windy. Not hugely sunny. Ideal running conditions. I thought I’d drive to Rondebosch Common in Rondebosch.
Says Wikipedia:

Rondebosch Common is an open common of about 40 hectares (100 acres) in Rondebosch, Cape Town in South Africa.

What Wikipedia doesn’t say is that Rondebosch Common is also quite flat.

See, where I live is quite hilly. Not Sheffield hilly, but not far off. So if you go running around here, you will get some slower uphill bits where your calves are on fire and then some fast bits where your thighs die on the downhill.

And that’s great if you like that kind of thing, but it’s not conducive to getting a decent time and gauging your performance on a level surface. That’s where Rondebosch Common comes in. I’ve only run there once before – I did a Parkrun late last year – but I was keen to see how quickly I could go today.

Please bear in mind that I am not built for speed. I’m getting old, I have one dodgy knee and one dodgy ankle. Basically, these days anything under 30 minutes for 5km is quite an achievement for me. But conditions were ideal today and the ground really was rather flat, so I thought I’d give it a go.

Suffice to say that my first kilometre was the fastest I’ve ever done, and suddenly, anything seemed possible. The following four were slower (although notably, the fifth was quicker than the fourth), but were still pretty good and I knocked over 3½ minutes off my best ever (pre-knee, pre-ankle) 5km time.

I was also amazed. 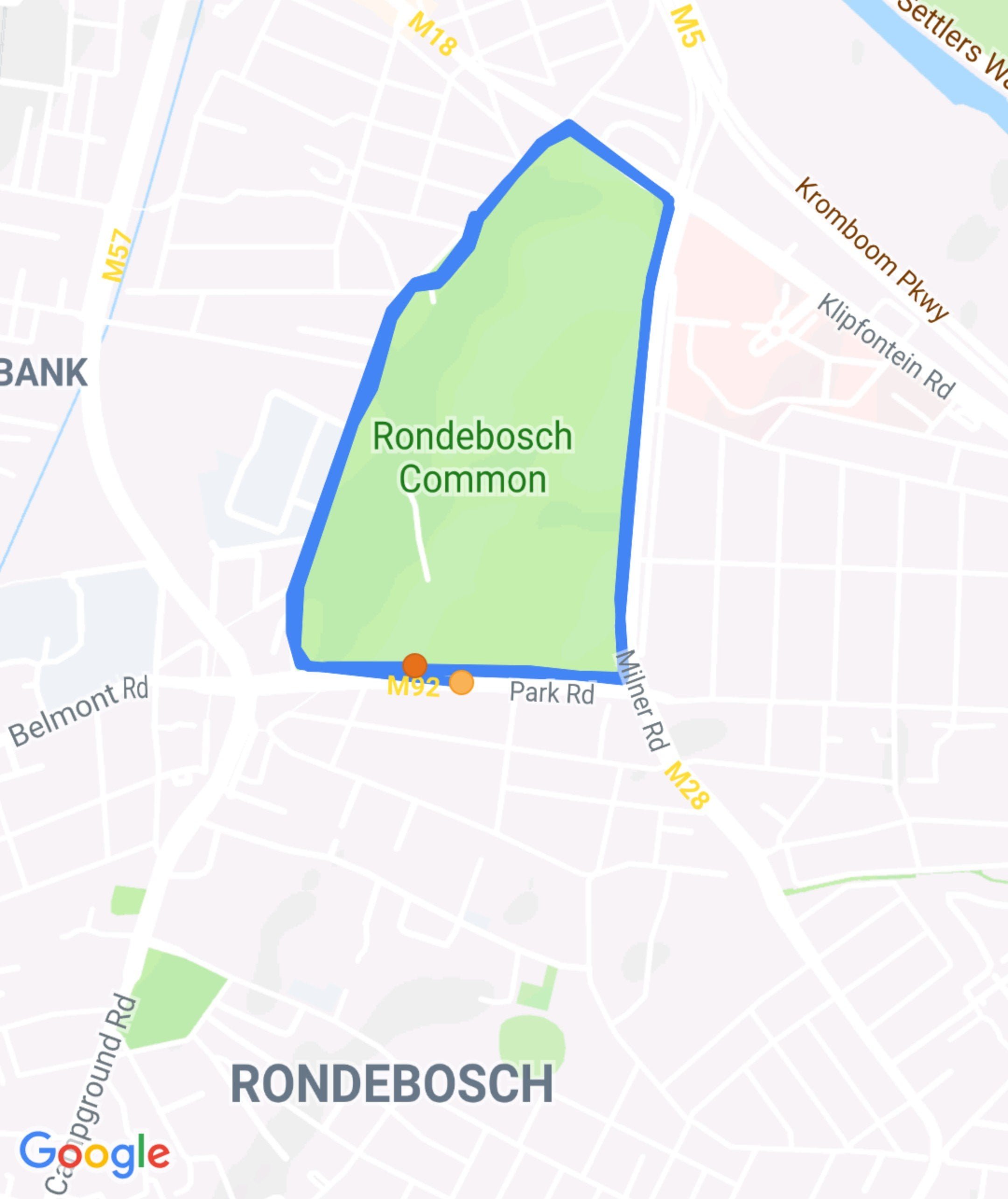 The only downside of this supreme effort was the feeling that I was going to vomit up my lungs and then (obviously) promptly die. But what’s the point in just thinking that you might be able to do these things, and not actually going out and proving that you can (or failing, gloriously)? Pushing yourself to the limit every once in a while is something you’ve got to do.

Never say never, they say, but I’ll never do this again. I could run much, much further than this, but I literally couldn’t run any quicker.
This took everything.