I went to pick up the boy from school today. It was while I was waiting, perched on a drystone wall in the car park that I realised I wasn’t alone.

There were other people also waiting for children in the car park.

But no, I mean that I had a skink sitting next to me.

Without moving too much, I swiped my Xperia phone on to camera mode, surreptitiously pointed – and shot. 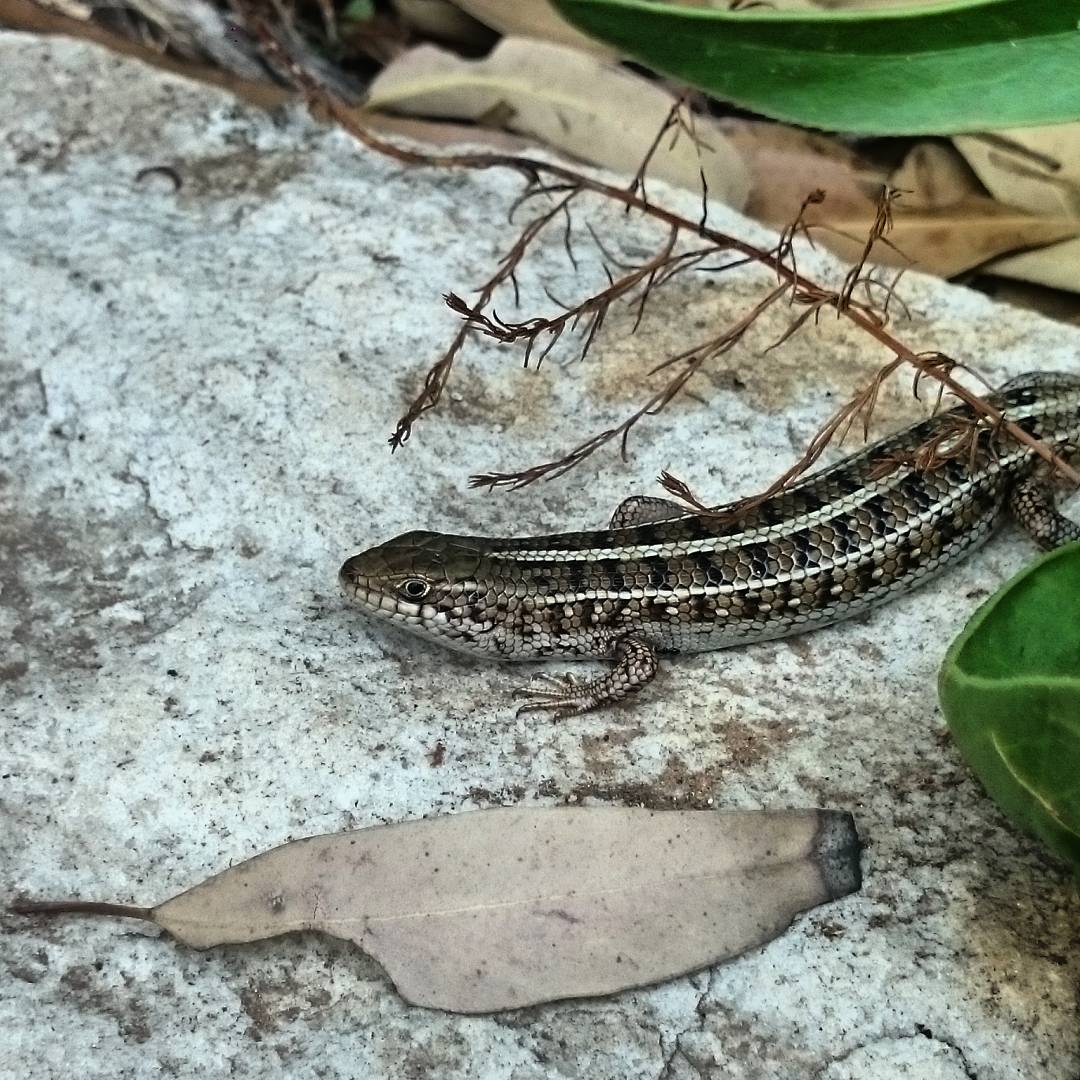 Considering the clandestine and hurried nature of the photographing process, I think I did alright. A second shot was impossible, as the camera shy fellow had retreated into deeper bush. That advice to “get a shot first, then get a good shot if you can” when it comes to wildlife, still remains good and true.

I’m no expert on skinky things, so I consulted Google and found out that, brilliantly, the animal I had seen was a… Cape Skink (Trachylepis capensis). Of course it was:

Cape skinks are common, gentle creatures that hunt large insects. Sometimes they dig in loose sand around the base of bushes or boulders, and they also favor dead trees and old aloe stems. These useful creatures tame easily (with a tendency to become obese), and would be much more common in gardens if they were not hunted by domestic cats. You can find them in gardens, strategically positioned in the sun, from where they catch their preferred prey, such as beetles, flies and grasshoppers. They are completely harmless and shed their tails when they feel threatened.

Frankly, I’m getting fed up of the apparent laziness shown by early biological taxonomists when exploring this region. All they seem to have done was to find local species which resembled a previously known and classified organism, and then added “Cape” to the original name.
The list runs through plants, mammals, fish, birds, reptiles and trees and is near infinite:

*sigh* It’s too late to do anything about it now.

I quite like my Cape Skink. I shall call him ‘Kinky’, because ‘Fluffy’ doesn’t seem to fit.