Lonely Planet’s Best in Travel 2017 list has been revealed and Cape Town makes second place in the Best City category:

…thanks to new cultural attractions such as the forthcoming Zeitz Museum of Contemporary Art Africa.

after the title was taken by a French city with much improved rail links:

Lonely Planet highlighted the French city’s new wine-themed visitor experience, the Cité du Vin, its “gastronomic revolution” and forthcoming high-speed rail connectivity as reasons it had been bestowed the title.

Other cities you should visit next year apparently include Los Angeles, Lisbon and Moscow. The regions category is let down slightly by the somewhat bizarre inclusion of “North Wales”, while the countries list is a complete joke in that it comprehensively fails to contain either Norway or South Africa: 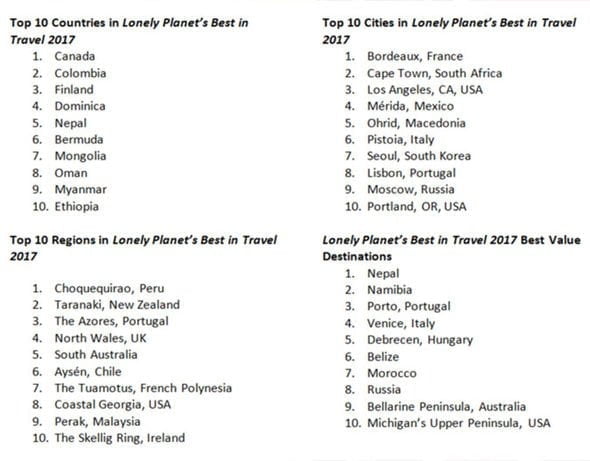 Johannesburg doesn’t get mentioned at all.
Not in any of the “good” lists, anyway.