Here’s a Cape Fur Seal (Arctocephalus pusillus) togged in the harbour at Hout Bay the other day. Obviously, this isn’t all of it – just its head. I have good reason to believe that the rest of it was attached to the head though. You’ll just have to imagine what lies below the waterline (body, flippers, aquatic unicycle etc). 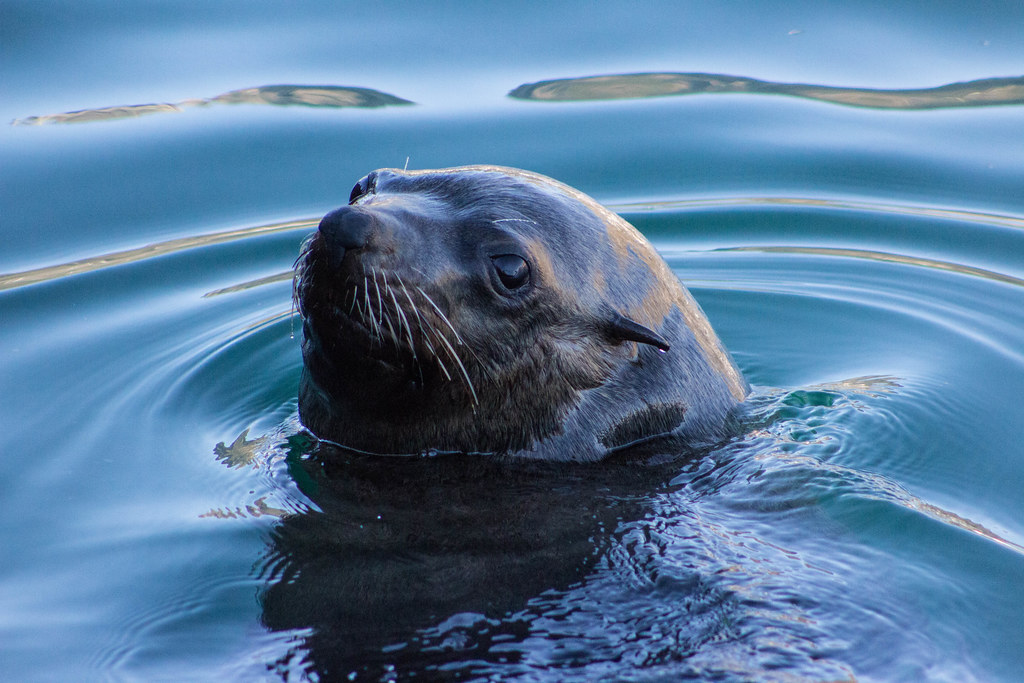 Wikipedia has some interesting information on the nomenclature of the Cape Fur Seal.

The Brown Fur Seal, also known as the Cape Fur Seal, South African Fur Seal and the Australian Fur Seal, is a species of Fur Seal.

A species of Fur Seal, you say? If only those naming variations somehow reflected that.

In fact, stating the obvious seems to be de rigueur when it comes to Fur Seal facts. Here’s arklive.org:

The female brown fur seal is browner than the male, but still has a dark brown belly.

I wonder if it’s furry, too?