Reading this post, which followed up on this post (which in turn was about this post). I was reminded of the binomial scientific name for the caracal being Caracal caracal.

For those uninitiated types, this scientific name is made up of the Genus name and the Species name. These are (generally) the final two stages of a long process of taxonomic ranking , starting with Domain, Kingdom, Phylum, Class, Order, Family, Genus and Species.
Phew. Thank goodness you don’t to remember all that, unless you’re a biology student.

So actually, we just use the last bit of this long list of identifiers: 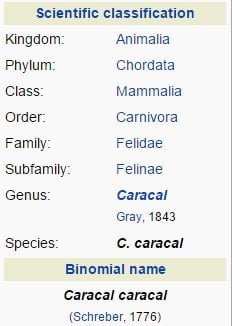 And if you’re a microbiologist, you only ever use the scientific name to refer to your little friends: You’ll likely know about E.coli – that’s just short for Escherichia coli, but they’re all named like that: Staphylococcus aureus, Stenotrophomonas maltophilia, Actinobacillus actinomycetemcomitans, Thermodesulfobacterium hydrogeniphilum being just some examples thereof.

I love my job.

But all that nonsense was merely the preamble. Because now I wanted to know if there were any other binomial scientific names which were just the common name repeated.

I actually knew of the lynx (Lynx lynx) as well, which, weirdly, is a pretty close relative of the caracal.

And there are others. Nearly, anyway:

The (American) Bison is Bison bison.
The (Green) Iguana is Iguana iguana.
The (short-tailed) Chinchilla – Chinchilla chinchilla.
The (Western) Gorilla aka Gorilla gorilla.
And who could forget the (Southern) Pudu – Pudu pudu? 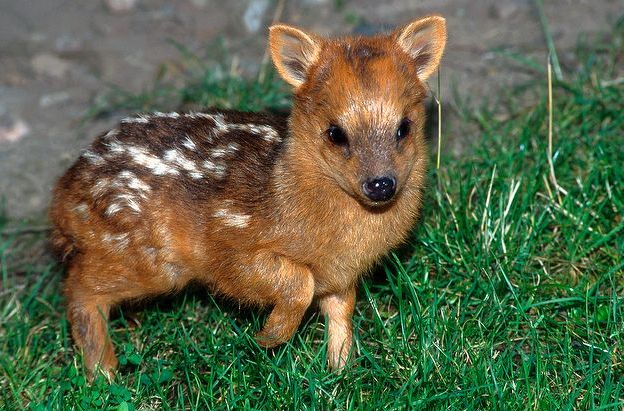 And then there are some near misses like:
Rattus rattus, the Black Rat,
The Striped Hyena: Hyaena hyaena and
The Tokay Gecko – Gekko gecko.

But right now, I only have the caracal and the lynx as exact examples of binomial tautonyms being carried across to the common name for an animal.

Incidentally, the caracal also holds the record for being my daughter’s favourite animal, and my favourite wine.