Just a reminder on this Freedom Day that South Africa is fine and has been so since last weekend’s mass prayer meeting in Bloemfontein. 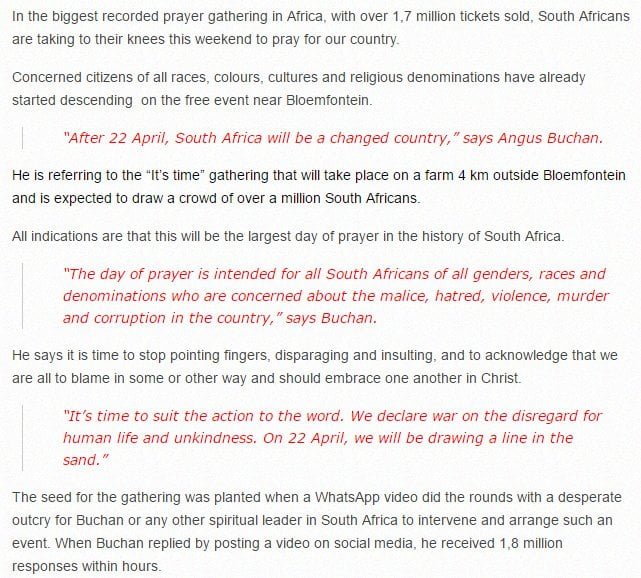 Malice, hatred, violence, murder and corruption here in SA packed their metaphorical bags and all left the country at midnight on Sunday, and thus we have spent the past few days luxuriating in what has been nothing short of a halcyon bliss; the placid tranquility a wondrous and welcome change from turbulence and barbarity we had encountered on a daily basis right up until Oom Angus intervened. 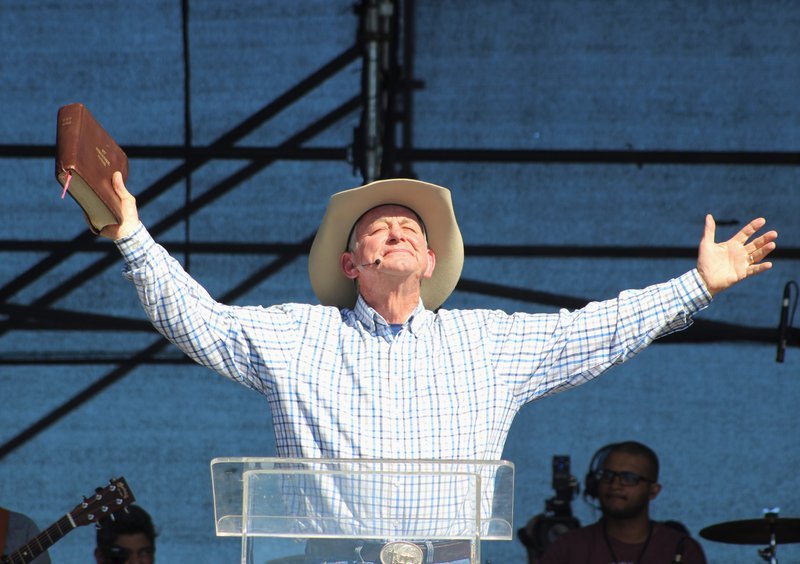 Sure, we were a bit put out by the violent protests in Lichetenburg and Lenasia on Monday, but at least one of the those was attributed to a mysterious “third force”, and we all know that God has quite enough on His hands sorting out first and second forces, and can’t really be expected to deal with third ones as well.

And then there was the new 5fm lineup reveal, which has caused shock, distress and anguish across the whole nation. But God has forsaken the SABC for many years now anyway. And rightly so.

Oh, and Helen Zille still has a twitter account. You must just have overlooked that though, right guys?

So yes. Thank you, Angus and your myriad disciples with your little misogynistic asides and dodgy, archaic views on homosexuality. Everything’s fine here now, and we’re all looking forward to you sorting out the Middle East, Justin Bieber, North Korea, Donald Trump, climate change and that Helen Zille thing over the coming weeks.