There was a hint a few years back about a new law in SA which prevented anyone – well, anyone without appropriate qualification, anyway – from publicly commenting on upcoming bad weather. This was obviously a hugely important step in a country where the discussion of upcoming poor meteorological conditions has topped the lists for both most serious and most prevalent crimes for the past decade. Time to end this heinous behaviour.
Here’s Ivo’s view on it.

To be honest, I’ve no clue if that law was ever passed, and thus I’m not willing to stick my neck out and suggest that there may be excessive precipitation headed towards Cape Town on any particular day in the near future. Like, Wednesday, for instance. Simply, I can’t say if that’s going to happen. 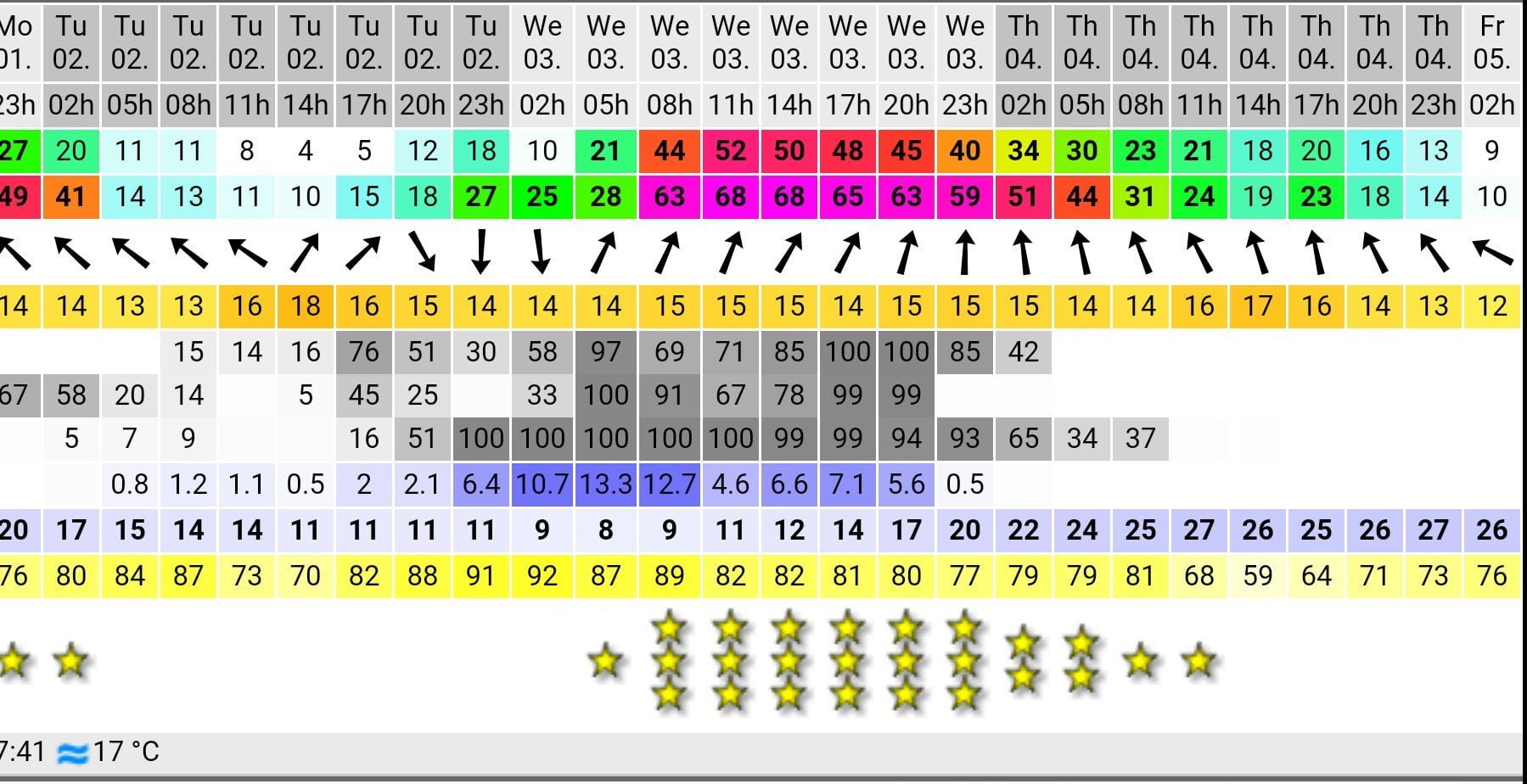 …perhaps including 6.4, 10.7, 13.3, 12.7, 4.6, 6.6, 7.1 and 5.6, and then gasp in amazement and concern that the total of those digits is 67. And were that the number of millimetres of rain to fall in any given 24 hour period, that would be quite a bad thing for wherever it fell on. Especially if some of that place was already at high risk for landslides following large veld fires earlier in the year.

Not that I’m saying that’s what’s going to happen, of course. In Cape Town. Throughout Wednesday.

Because I’d be risking arrest if I told you that.