A new Rau quagga foal was born about 10 days ago in the Nuwejaars Wetlands Special Management Area to parents Susan and Freddie. 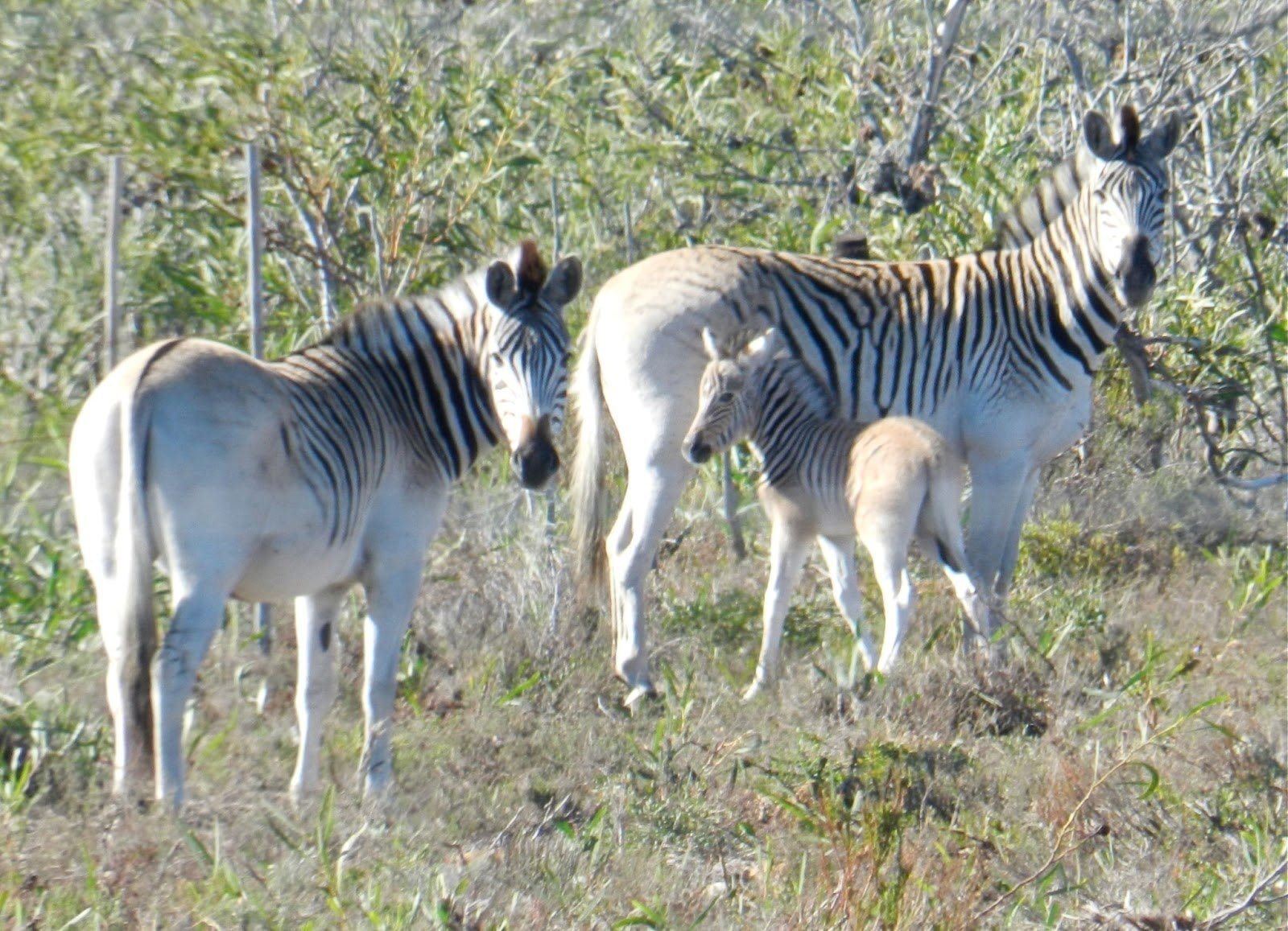 What’s a quagga, you ask? It looks like a a unfinished zebra. Wikipedia has all the answers:

This follows a typical naturalist trait of naming animals after the noises they make. They did ok with the Kittiwake, but they failed miserably with the Hadeda ibis, which should obviously be called the (ever so slightly less catchy) “Raap-Raap-Greer” ibis.
I can’t comment on the accuracy of the nomenclature of the quagga, because I’ve never heard one calling. Anyone?

A few others among you may have spotted that the quagga is extinct, which does make the news above seem a bit of a stretch, so let Wikipedia explain again:

After the very close relationship between the quagga and surviving zebras was discovered, the Quagga Project was started in 1986 by Reinhold Rau in South Africa to recreate the quagga by selective breeding from plains zebra stock, with the eventual aim of reintroducing them to the wild.

The founding population consisted of 19 individuals from Namibia and South Africa, chosen because they had reduced striping on the rear body and legs. The first foal of the project was born in 1988.
Once a sufficiently quagga-like population has been created, it will be released in the Western Cape. In early 2006, the third and fourth generation animals produced by the project were reported to look very much like the depictions and preserved specimens of the quagga. This type of selective breeding is also called breeding back.

The practice of breeding back is controversial, since the resulting zebras will only resemble the quaggas in external appearance, but genetically they will be different.

Three quagga in the Nuwejaars Wetlands Special Management Area feature in the Top 10 of Quagga specimens in the Quagga Project (go look at this website – really interesting). Among them is Freddie – in fact – he ranks as the number one Quagga specimen in SA. So this is big news. Nice one Freddie.

This is now on my list of things to go and do next time we’re down in Cape Agulhas, and it doesn’t hurt that the Nuwejaars Wetlands SMA is just down the road from these places.