Just thought I’d give you a quick update on the Postcards for Josh thing which I asked you to help with a little while ago.

It’s gone rather well, with Josh getting over 800 postcards from people all over the world, including celebrities like me, Robert Downey Jr. and David Tennant who have joined in as well.

The programme of intense chemotherapy, which lasts for six months, has left the sports-mad youngster very weak and struggling to walk.
But Josh has had a smile on his face since the first postcard arrived nearly two weeks ago – and he spends his day reading all the messages from around the world.

And has been featured in some high quality national newspapers and also the Daily Mail.
Oh, and he’s also going to be a zookeeper for a day in October. Which sounds nice.

According to Josh’s dad:

We’ve been blown away by the response. Luckily, we have a very understanding postman. 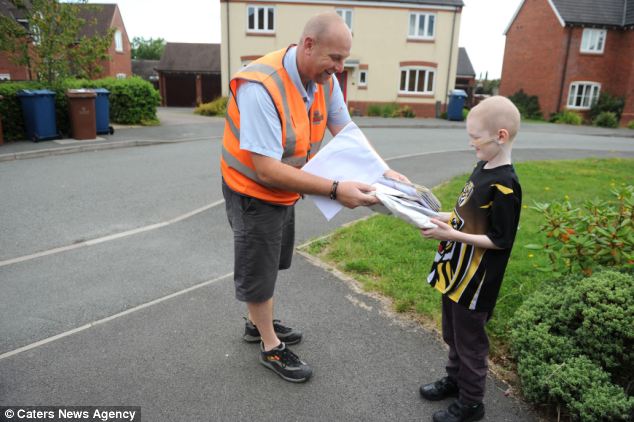 You can send Josh a postcard (or if you’ve already sent him one, send him another postcard) to: