It’s a sad thing, but the lovely Airbus A380 can’t use Cape Town International Airport. Given that we can fill a couple of Emirates 777s and two BA 747s each day (plus Lufthansa, Turkish Airlines, Swissair, Singapore Airlines, Ethiopian Airlines, Air France and Qatar flights), there’s definitely passenger demand for big planes. It’s just that, apparently, the taxiing bits twixt the main runway and the building where the people get off aren’t wide enough… or something.

That’s not to say that A380s haven’t visited the skies above Cape Town. Lufthansa brought theirs down here in 2011 [photos] to publicise their flights to… er… Joburg. And BA followed suit 2½ years later to get some shots to let people know about their new A380 service to… er… also Joburg. They went all over the general Cape Town area in G-XLED, even “buzzing the tower” at CTIA, but they couldn’t land.

No such issues for G-XLEC and pilot Captain Dave Wallsworth, who I am now following on Twitter. He flew all the way from Singapore to London Heathrow yesterday and he took this shot on final approach to runway 27R at LHR. 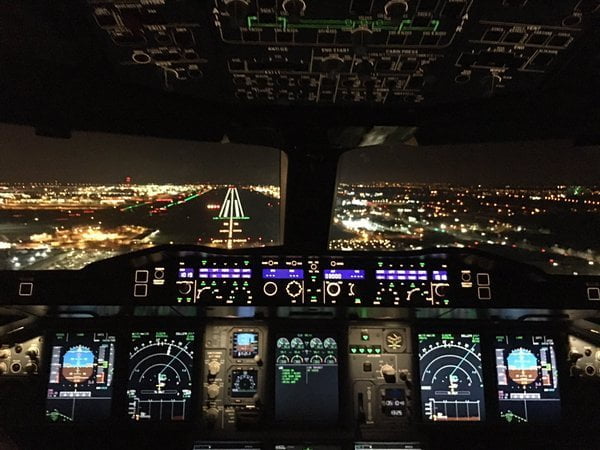 It looks a bit like a videogame , doesn’t it? It’s probably more difficult than that though. Probably.
I’m not sure how much Captain Dave and his co-pilot actually have to do to get the plane safely down onto the ground by this point, but given that I haven’t heard anything about a massive crash at the London airport, I’m guessing that he was able to happily and safely snap this sort of thing without too much of an issue.

For the record, BA now have 11 A380s, the latest one having been delivered earlier this month.

None of them will be coming to Cape Town any time soon.

UPDATE: Or will they…? 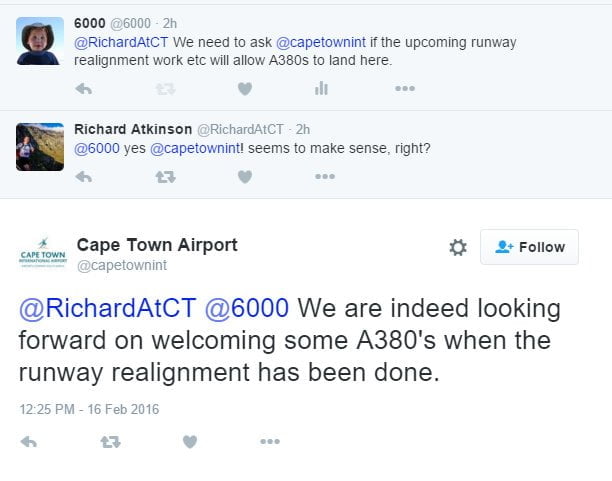