There are different reasons people (I) take photographs. Sure, sometimes you want to make art with light. To make that happen well, you need to have done the work I mentioned above. Most of the time you just want to record a scene or a moment so that you can review it in detail or trigger a memory later on. For the most part, that’s the reason I was taking photographs in Mauritius. So maybe it’s no huge surprise that there were none of the nearly 100 I have uploaded onto Flickr that I think made it into the “startlingly good” category. That’s not to say that they are all rubbish though. Some are pretty good, and all of them perform admirably at some level of recording scenes or moments and will, I hope, trigger those memories when the time comes for them to require triggering. 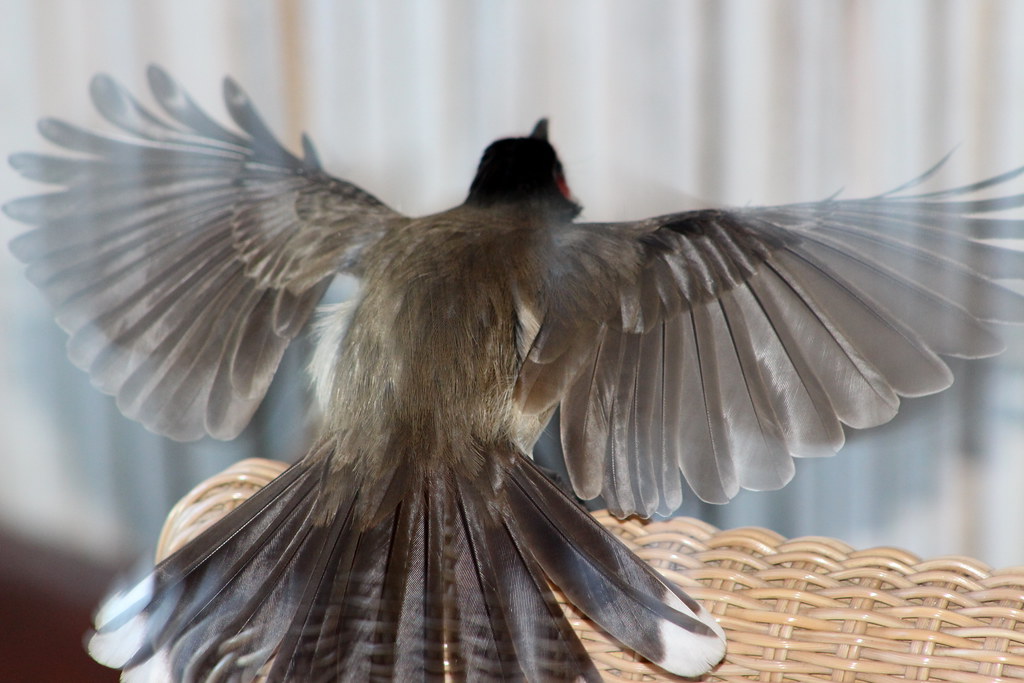 This was a shot that was made inadvertently better by the sudden departure of the subject, mid-snap. He’s a red-whiskered bulbul (Pycnonotus jocosus) and he was (as you can probably see) resting on the back of some patio furniture when I decided to take his photo. Given that the shutter speed was 1/60 second (0.0167 seconds), you can see just how quickly a red-whiskered bulbul can leave the back of some patio furniture if needs be. I like the ghostly effect of the translucent wings and tail feathers.

If you want to have a look at the photos from the holiday (probably not, having just read how I described them), you can. The album – featuring dolphins, sunsets, mountains, beach scenes, and some fantabulous architecture and towel art – is right here for your perusal.

Oh, and the video I mentioned in the post title? Maybe tomorrow, accompanied by some equally powerful disclaimers.

5 thoughts on “Photos and video”