Gemors being Afrikaans for a mess. Because that’s what I can like to be in with my photos right now.

The photos from last weekend still aren’t done. I just haven’t had chance. When I did have chance, I was away taking more photos in a place with no computer. And now I’m all mixed up, because some of the photos from this weekend are done. That’s because there are far fewer of them, so I just grabbed a couple (well, five) of the shipwreck ones and did a quick tidy up on them. 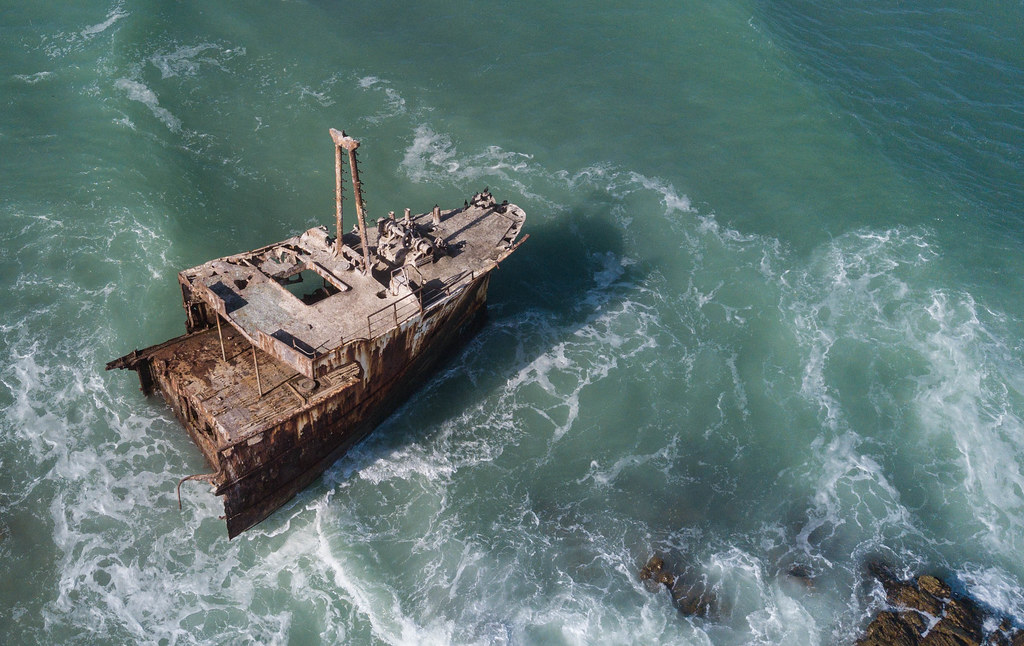 I took these with the Mavic this morning – the wreck is the Meisho Maru 38, and it lies on the coast halfway between L’Agulhas and Suiderstrand.
We’ve mentioned it here before, and we’ve mentioned why it has some of the name it has… well… it had, here.

But now my (usually very orderly) photostream on Flickr is all messed up.
I will edit those photos from last weekend and the rest of them from this weekend in the very near future.

UPDATE: You can start here!