Do these count?
Of course they do.

I have added the tweetmeme plugin to my vast range of WordPress plugins which make my life easier and make your reading enjoyment all the more… enjoyable.

If you’re active on twitter (and let’s face it, these days, who isn’t?) you can now retweet the content that you see here with just the click of a single button (that little green one under the post).
Share the wealth. You know it makes sense.
One great feature is that you still get to edit the content of your tweet before you tweet it. I suppose some people would call that a twedit.
Not me, though.

Go on – choose a post (hopefully more interesting than this one) and tell the world you were here! 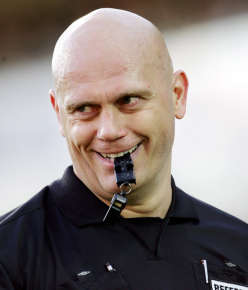 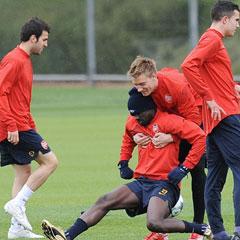 One of the gifts which Alex got for his third birthday was a packet of Ben 10 stickers. Ben 10 is, apparently, a kiddie superhero  cartoon character who can be found on Cartoon Network, pajamas, backpacks, t-shirts and indeed, stickers. I have no other knowledge of this Ben 10 character, because Alex is still too young for Cartoon Network.
That, however, has not stopped him from becoming a big fan of Ben 10.

The other thing you should know about these Ben 10 stickers is that they are those cool ones that move (ever so slightly) when you tilt them from side to side a bit. If your hands are fast enough, you can make Ben 10 look like he is having a fit. And anyone watching you will probably think you’re having a fit as well. But that kind of thing is funny if you’re three.
And stickers are great if you are three years old, because you can stick them anywhere you can reach: in your sticker album, on your wardrobe, on your window, the inside of the en-suite toilet bowl, your little sister’s head – anywhere.

Anyway, I am glad that I could identify who and what the stickers were, because being completely honest, the packet they came in wasn’t overly helpful:

And, as if to explain exactly what 3D changes in domestic paste is, there are some fishes swimming around some conservatory furniture. Maybe they were thinking fish paste. I don’t know.
To me it looks like there was an incident in the printing department and random words and graphics dropped into the Ben 10 sticker packet machine.

Either way, the stickers are a hit and have mainly gone into his sticker album, where they are making explosions and shooting lasers at the Winnie the Pooh Flat shine on bedroom glue.

That’s what Ugandan President Yoweri Museveni said he wants to ask the Americans, during an address to an assembly of Uganda’s top lawyers on Saturday. “Up here” refers to space, apparently – specifically the moon.

“Uganda alone cannot go to the moon. We are too small. But East Africa united can. That is what East African integration is all about,” he said. “Then we can say to the Americans: ‘What are you doing here all alone?’.”

I’ve never been to Uganda, but I have spoken with some people there using the medium of the telephone. While Africa may lag some distance behind the rest of the world, in urban areas, basic stuff like telephones are a given.
Kampala, particularly, has a fairly decent telecommunications network, which makes me wonder why Mr Museveni can’t just call some Americans on the phone and ask them what they are doing on the moon. A quick google search of “NASA telephone numbers” gives NASA HQ’s number as (202) 358-0000. I think you add a 1 before that to get to the USA, if that helps at all, Mr President.

Even if they are currently all alone on the moon, just leave a voicemail and they’ll get back to you as soon as they return. And then they can tell you what they were doing up there.  You won’t need to spend billions of Ugandan Shillings (at 2207.50 to the US dollar) on a costly, dangerous and lengthy space programme, you’ll just have to cough up for an international phone call.

If you get Skype, it’ll be even cheaper.

“The Americans have gone to the moon. And the Russians. The Chinese and Indians will go there soon. Africans are the only ones who are stuck here,” Museveni said.

Well, yes. The Africans, certainly. And the Peruvians. Don’t forget them. And the Spanish. And the Saudi Arabians. But Saudi Arabia is a great place and they probably don’t want to leave anyway. And the Welsh. And the Swiss. Nice mountains; great cows. And the Malaysians – most of them have never even been outside Malaysia, let alone to the moon. And the… [continues ad nauseum]