It’s a bright and breezy day down here at the Southern Tip and without wanting to seem rude, I’m not going to waste it by sitting inside and blogging. I’ve already demolished a significant lie-in and a somewhat excessive run, followed by bacon and eggs, and my plan is now to get out onto the beach for a wander with the beagle before we head home later this afternoon. 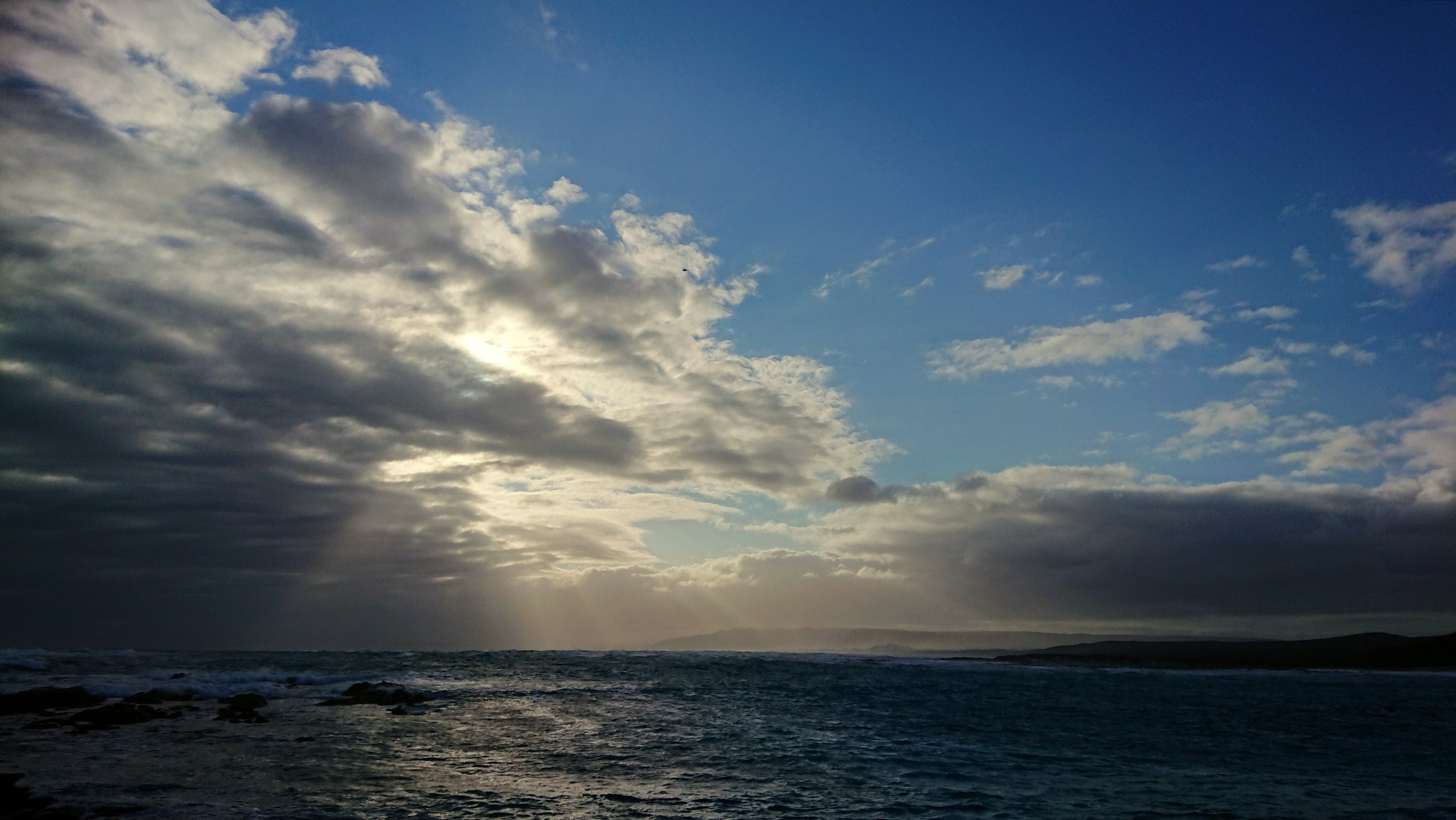 Herewith an image I took on the phone yesterday, then. Same beach, same beagle, different day. Crepuscular rays for the win, but it looks a lot gloomier than it actually was: in fact, my main problem wasn’t the light, it was trying to stand up straight in the gale force Westerly to take the photo.

Also, while I was out, I was following United’s progress at Stamford Bridge. Pretty miserable first half, pretty amazing second, and an unexpected but very welcome point away from home.

I’ll take it. Thanks.