I mentioned this cairn/monument thing at Cape Agulhas just the other day. Not only is it die mees suidelike punt van die vasteland van Afrika, it’s also the official meeting point of the two oceans.

But which two oceans? 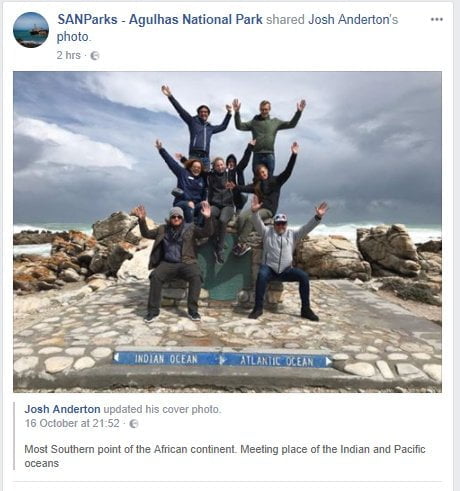 If only… if only there was some sort of clue in the picture.