They’re at it again.

No sooner had we brought you the Spar/Nestlé Ricoffy erratic supply and demand debacle than another drama involving those two same protagonists has emerged. But this time, it’s not ditchwater, it’s something far more important.

This time… it’s chocolate. And the Spar printer has been set to work again. 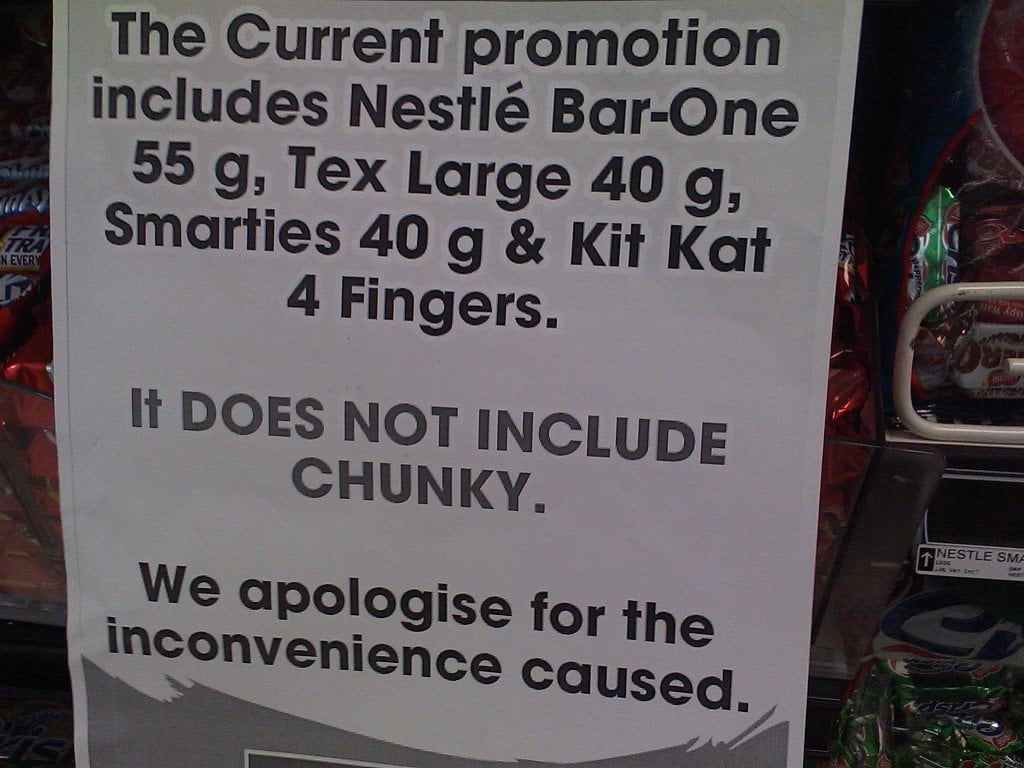 There have evidently been some issues over the Current promotion, but the Spar management has swept away any confusion with this note. I think the lesson for us all to take away from this is that while the Current promotion includes Nestlé Bar-One 55g, Tex Large 40g, Smarties 40g & Kit Kat 4 Fingers, It DOES NOT INCLUDE CHUNKY.

What CHUNKY did to warrant this exclusion is immaterial. If you want CHUNKY to mask the taste of your unavailable Ricoffy, then it will not be as part of the Current promotion. OK?

I have no idea what the Current promotion is, because it wasn’t advertised anywhere. Only the fact that It DOES NOT INCLUDE CHUNKY.

We apologise for the inconvenience caused.

5 thoughts on “It DOES NOT INCLUDE CHUNKY.”