I find myself pining for the fjords, and so I’ve been working hard to select some appropriate photos for Flickr from the nearly 1000 I took while we were away in Norway.

I’ve found that people get bored quickly when you show them all nearly 1000 (it almost finished my Dad off completely), so I’ve come up with a cunning two point plan.
Firstly, divide the photos into days: we were there for three, so there are now three albums on Flickr to reflect this:

Day One: Arriving in Bergen, going up Mount Floyen on the Floibanen Funicular.
Day Two: Wandering around Bergen before that concert.
Day Three: Sognefjord via Myrdal and Flåm. 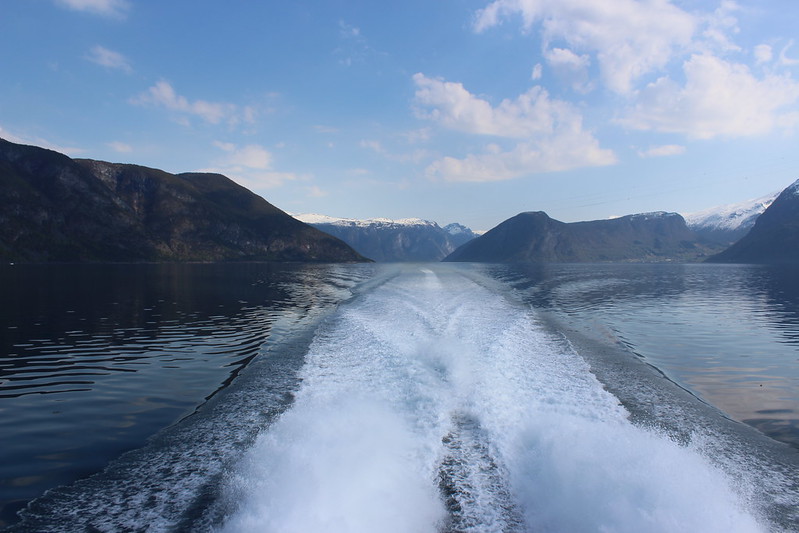 And then, secondly, produce a highlights package, in case people only want to look at your (approximately) 50 favourite pics. The pic above didn’t make the cut, I’m afraid. Yes, there are 50 better images than that. 😮

They don’t really do it justice, but they’re still worth a look (in my humble opinion).